The minds of New York Times bestselling author R.A. Salvatore, Spawn creator Todd McFarlane, and Elder Scrolls IV: Oblivion lead designer Ken Rolston have combined to create Kingdoms of Amalur: Reckoning, a new role-playing game set in a world worth saving.
$19.99
Visit the Store Page
Most popular community and official content for the past week.  (?)
I think Divinity 2 is similar to this game!
Of course, it's different and it changes later. (I haven't gotten to that part yet) But the gameplay and the character customization seems similar. I also like the jumping/falling. KoA is probably better, but if you're looking for a similar game... Just ...
3 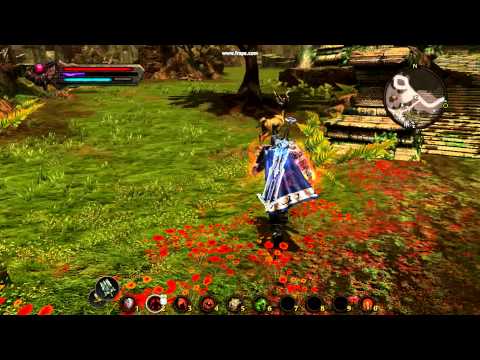 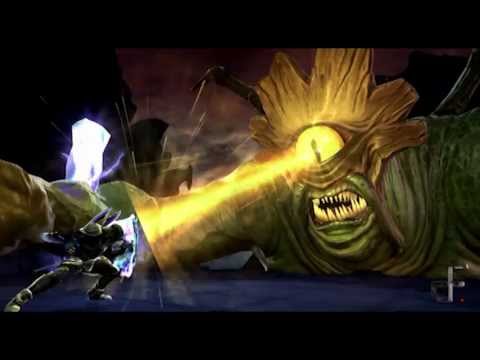 Skipping intro videos
This simple guide shows you how to skip the few intro videos that are seemingly unskippable by pressing ENTER or ESC.
9
104 ratings 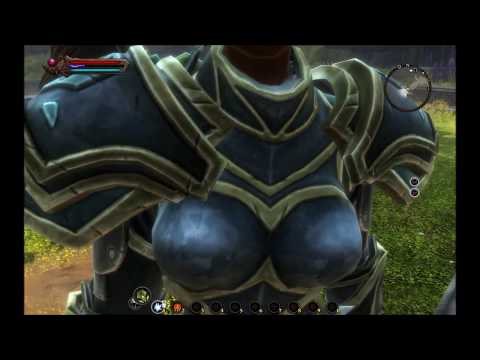 ENB and SweetFX for Kingdoms Of Amalur Reckoning
This is a Place and Play, no adjustments required. Reshade and SweetFX version also available.
54
48 ratings 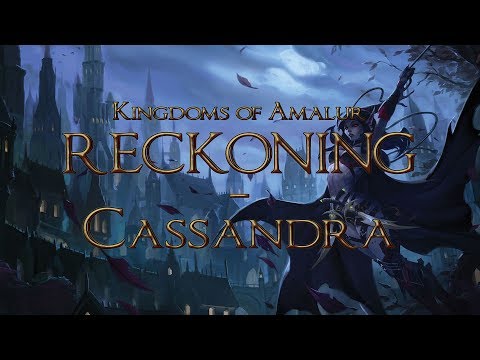 Recommended
213.7 hrs on record
ENTERTAINING, HUGE BUT REPETITIVE AFTER A POINT
Kingdoms of Amalur is a big RPG in terms of the number of quests, map size, NPCs and a fun game when it comes to combat with it's diverse, fluid, easy to use mechanics and layout. If there's one thing that will make a decent impression on you after you complete this game is it's combat and if there's one thing that will give you a mixed feeling about the game is it's repetitiveness. Although, I must say that only completionists might feel the latter. The main quests along with the faction/guild quests really shine and will atleast make upto atleast 60 hours of quality content but when trying to complete the huge number of side quests and tasks, is where the game tends to remind you that the world of Amalur is infact not that diverse or perhaps even boring to an extent with it's not so different caves/dungeons, not so different enemies, NPCs boring the daylights out of you with their not so different voices and after you reach max level, there are no not so different anything. Though, there is a character build reset feature available through NPCs and two really good DLCs that offer some fresh air, it might not necessarily keep you hooked all the way to complete the game in its entirety. The problem with Kingdoms of Amalur is that you reach max level mid-way to completion or atleast that's what happened in my case where i maxed out around 130hrs of my 214hr playthrough. After maxing out, the game goes stale. Thinking of it, I would say that the game can really be enjoyed if you are casual about it and not particularly a completionist. After all, it's an arcadey RPG.

A break-up on how I felt about the game:

Story
8/10
Never before heard story but it's you as always who is saving the world. Nice lore and immersive to an extent.
Graphics
7/10
Colourful, vibrant and kind of cartoony. Quite like Fable.
Sound
7.5/10
In-game soundtracks, environmental sounds, NPC voice-overs, Combat etc all sound pretty good.
DLCs
10/10
The two DLCs, especially The Legend of Dead Kel offer solid content.
Gameplay
8.5/10
Cool combat with new weapons, interesting character build combinations, engaging main and faction missions, decent depth in smithing, alchemy and crafting.
Difficulty/Challenge
5/10
Hard start but gets easy as you level up.
Controls
9.5/10
Fluid and easy to use layout. Controller preferred.
Kingdoms of Amalur is a good RPG but for it's fast character level up and the lack of diversity after a point, making it a chore from a completionist's standpoint. 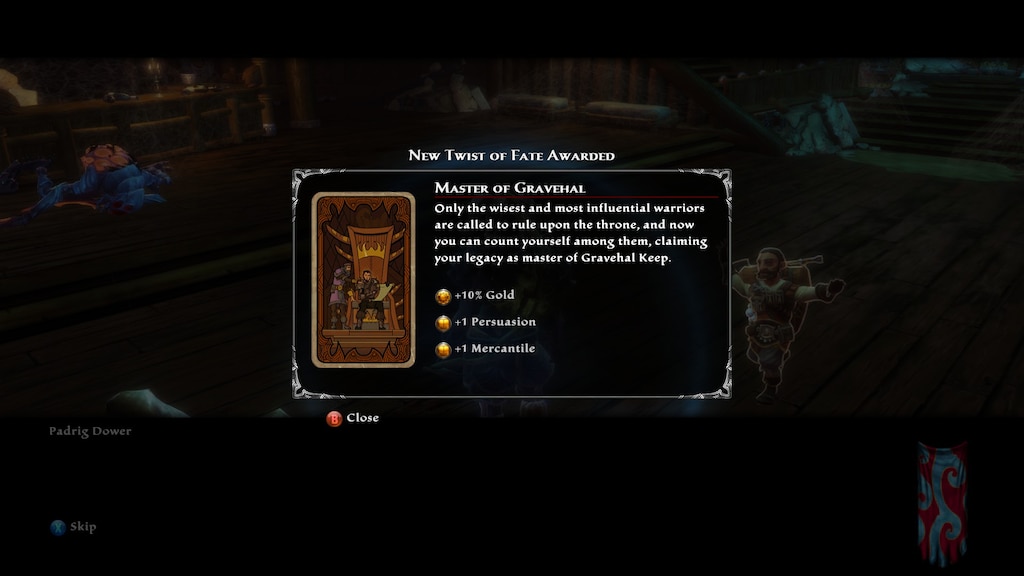 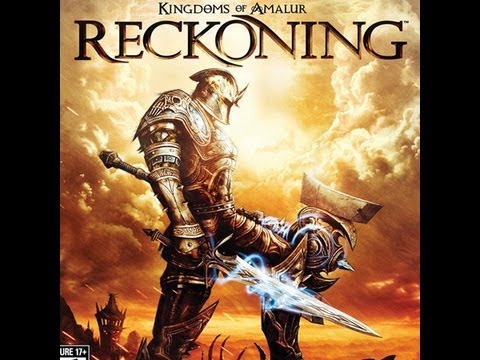 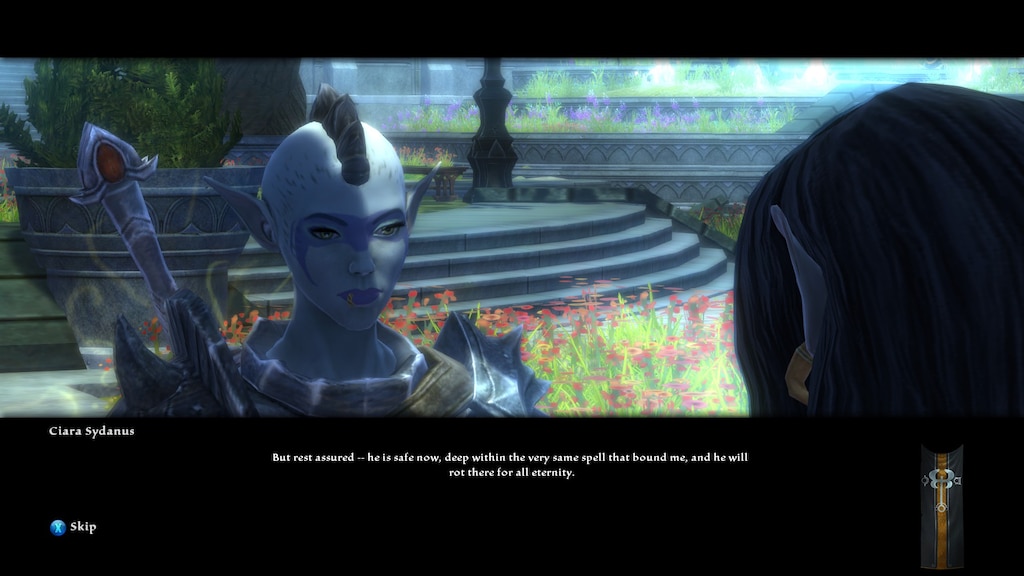 Remap movement keys FIX
Change your camera keys first if you're going to use the arrows. Remap the movement keys in the following order: Right Down Left Up For some reason, mapping in another order bugs everything, rendering you immobile or camera moving too. If you f...
3 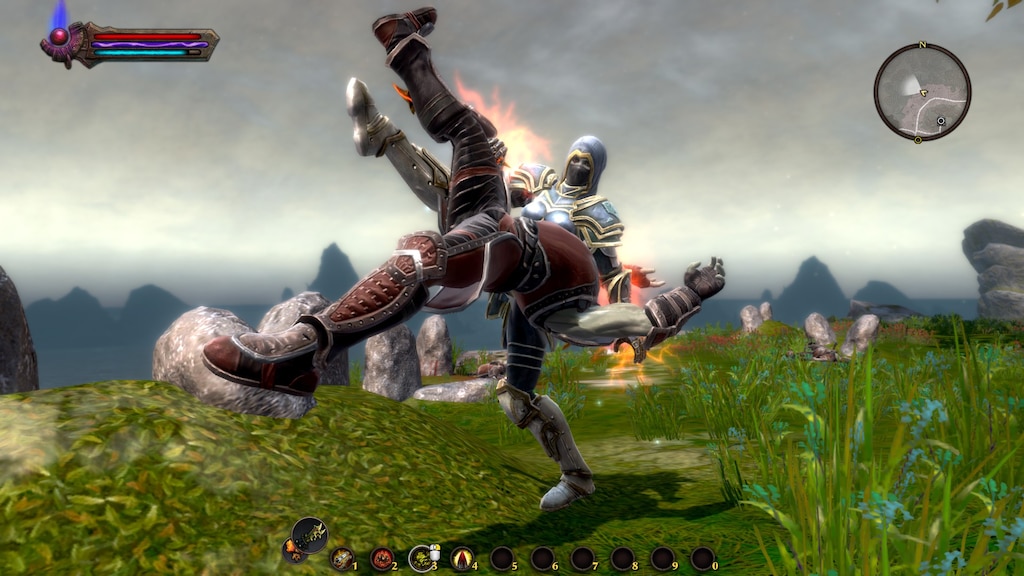 Recommended
8.5 hrs on record
What's not to like about adventure? Kingdoms of Amalur: Reckoning has all of that, and more! From great game play, to a fluid skill system, great combat, Alchemy, Blacksmithing, and more! - Kingdoms of Amalur: Reckoning will keep you invested until the very end! The only downside - The dialog window is awkward...and the animation is weird as well. Overall, I absolutely adore KoA!

Recommended
15.8 hrs on record
If you enjoy both Skyrim and Fable, this game should check all the boxes for you. Infinitely under rated, and a true overlooked gem. I highly recommend this game to anyone who enjoys open world role playing games, especially ones that don't take themselves too seriously. 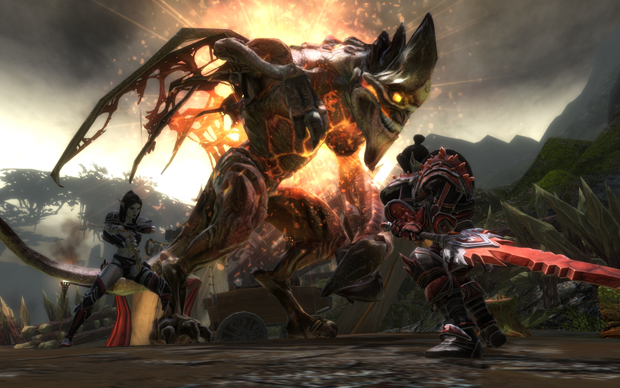 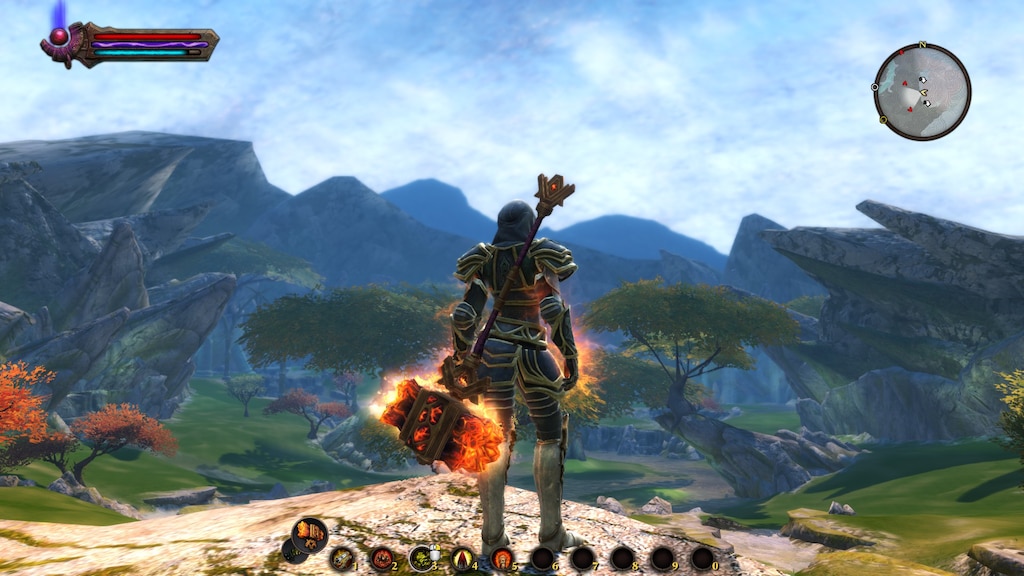 0
Ban
3
The detailed map of Amalur 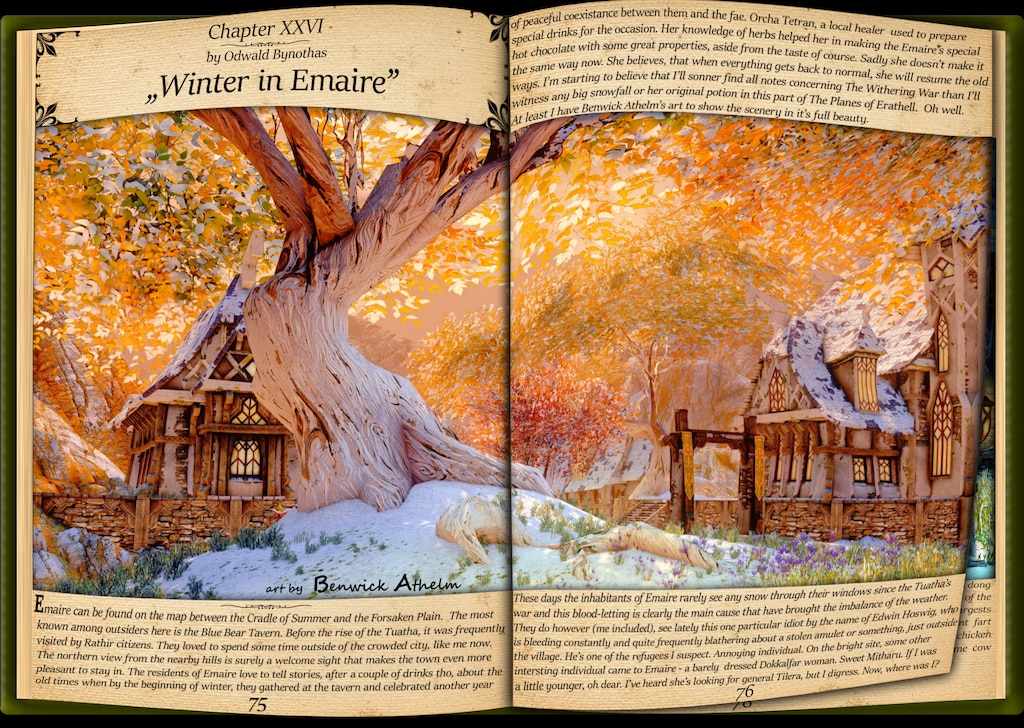 1
Ban
4
"The book of stories from Amalur"

1
Ban
2
A sequel to battle of Mel Senshir

JurnyDrwal
View artwork
Boring
What makes this game so incessantly boring? I mean, I like its premise and the way they pulled it off, but...somehow it feels...like a massive drag. Why? Is it maybe because of huge, meaningless zones(that look like they came straight from an MMO btw)?
35

Gorwe
May 21 @ 12:23am
General Discussions
the future for KOA??
about 2 years ago thqnordic acquired koa and i was wondering what they have done with koa so far if they have done anything at all
21

Mai Skrrrajima
May 21 @ 8:27am
General Discussions
game gets stuck in the dwarfs cutscene
just started the game and im trying to escape guided by ence, when arriving to his hall with more dwarfs around and he tells me I must go one alone, the game gets frozen in the dialog, always at the same point. There is the red button to skip but it makes...
7

GinTonic
May 24 @ 1:07pm
General Discussions
Scepter
What is its main purpose? I find its damage to quite low, even Bows do more damage on average. Also, do they become better later? edit: This game has a boring start and a half! XP just trickles.
11