Chernobylite is a science-fiction survival horror RPG. Set in the hyper-realistic, 3D-scanned wasteland of Chernobyl’s Exclusion Zone, explore a non-linear storyline in your search to uncover the truth of your tortured past.
$29.99
Visit the Store Page
Most popular community and official content for the past week.  (?)
Weekly Report #142
Sep 23
Hello Stalkers!
In the next installment of our series, in which we present to you the profiles of our companions, we will take a look at the crazy - but somewhat less explosive than Mikhail - Sashko character. 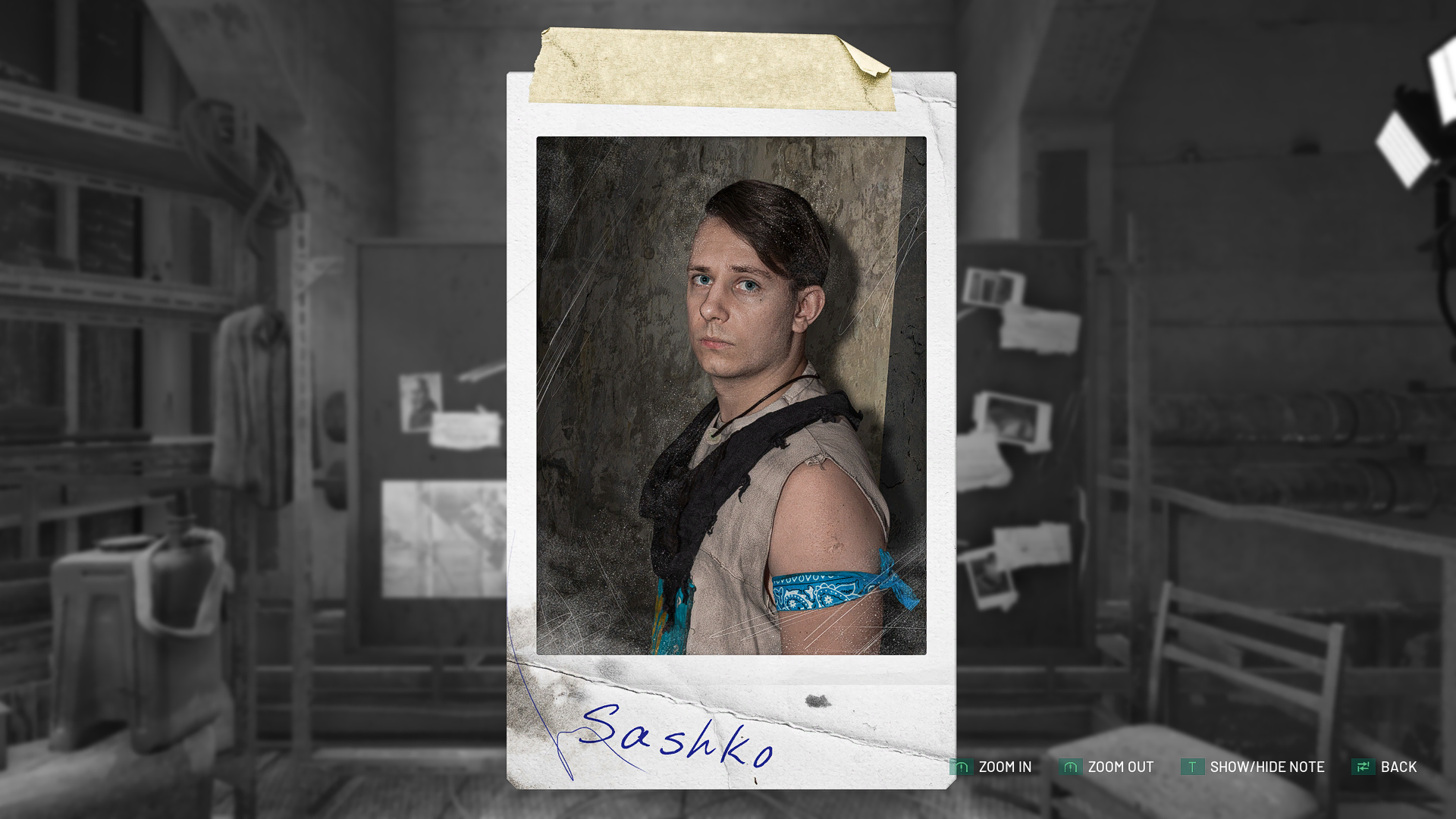 We first meet Sashko in a mission, during which we are presented with a choice: upgrade our PDA or blow up Duga's radar. The entire meeting was planned by Tarakan, but carried out by Sashko, who was Tarakan’s protege at that time. Such a division made sense to us from the storytelling perspective, because we really wanted Tarakan to be this mysterious fella who doesn't come out of the shadows right away. Plus, it would be hard for a senior scientist to climb onto the radar and mine it, wouldn't it?

In our minds, Sashko was supposed to be a young, strong and capable "Cossack" - this is how in some parts of Poland we refer to people who are fearless, crazy and rarely think about the consequences of their actions. We also treated Sahsko's “Cossackness” literally in terms of the hairstyle or general appearance, inspired by real, historical Cossacks. 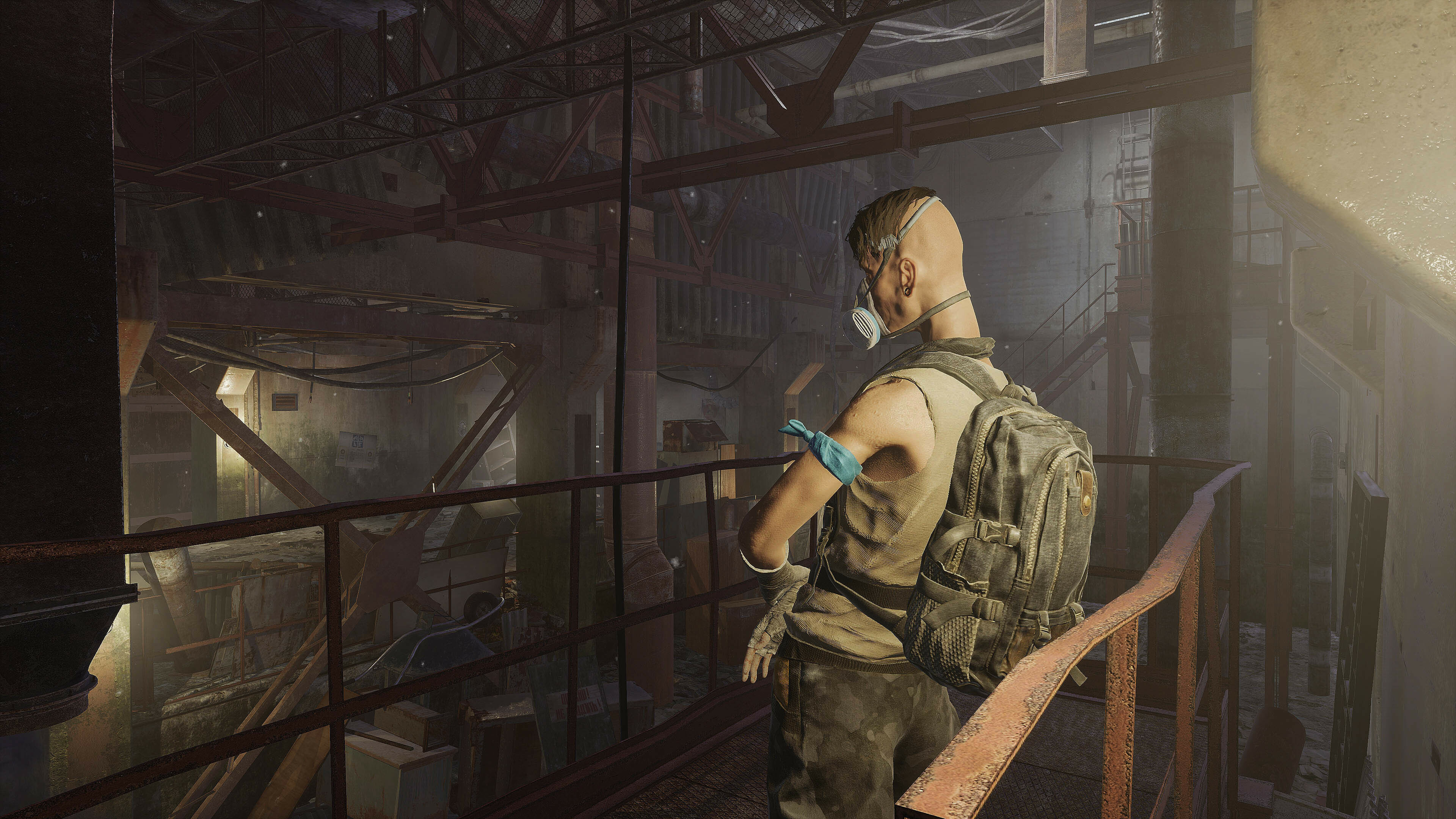 Sashko is a complete opposite of the protagonist in almost every way. To get to the power plant Igor constructs a strange machine, prepares a plan, hires mercenaries to help and politely obeys all their orders. Igor is a diplomat in many ways. Sashko, on the other hand, is running away from his past, at least part of it. He has his own moral compass that guides him, but more often than not, Sashko acts impulsively. Generally committed to constant play and risk, even though on a mission to find his brother, he chronically suffers from a lack of meaningful life goals. Many players identify with him because the vision of being completely free in an empty and deserted city full of danger seems very exciting.

With regards to the appearance of Sashko, we can distinguish three elements: the sporty look of the parkour (hence the light mask in which you can breathe freely), Cossack-patriotic elements (hairstyle, embroidered coat of arms of Ukraine on the T-shirt) and... ropes that contrary to appearances, were very important to us. Even before entering Early Access, we had a lot of metroidvania elements in the game (only the lockpicks and the Chernobylite burner remained, but more on that in one of the next reports). One of them was the system of ropes that the player was supposed to use for climbing and traversing, and which Sashko hung around the zone, making it his playground. The mechanics never made it into the final game, but the rope and its proper colors are still visible at Sashko's belt. 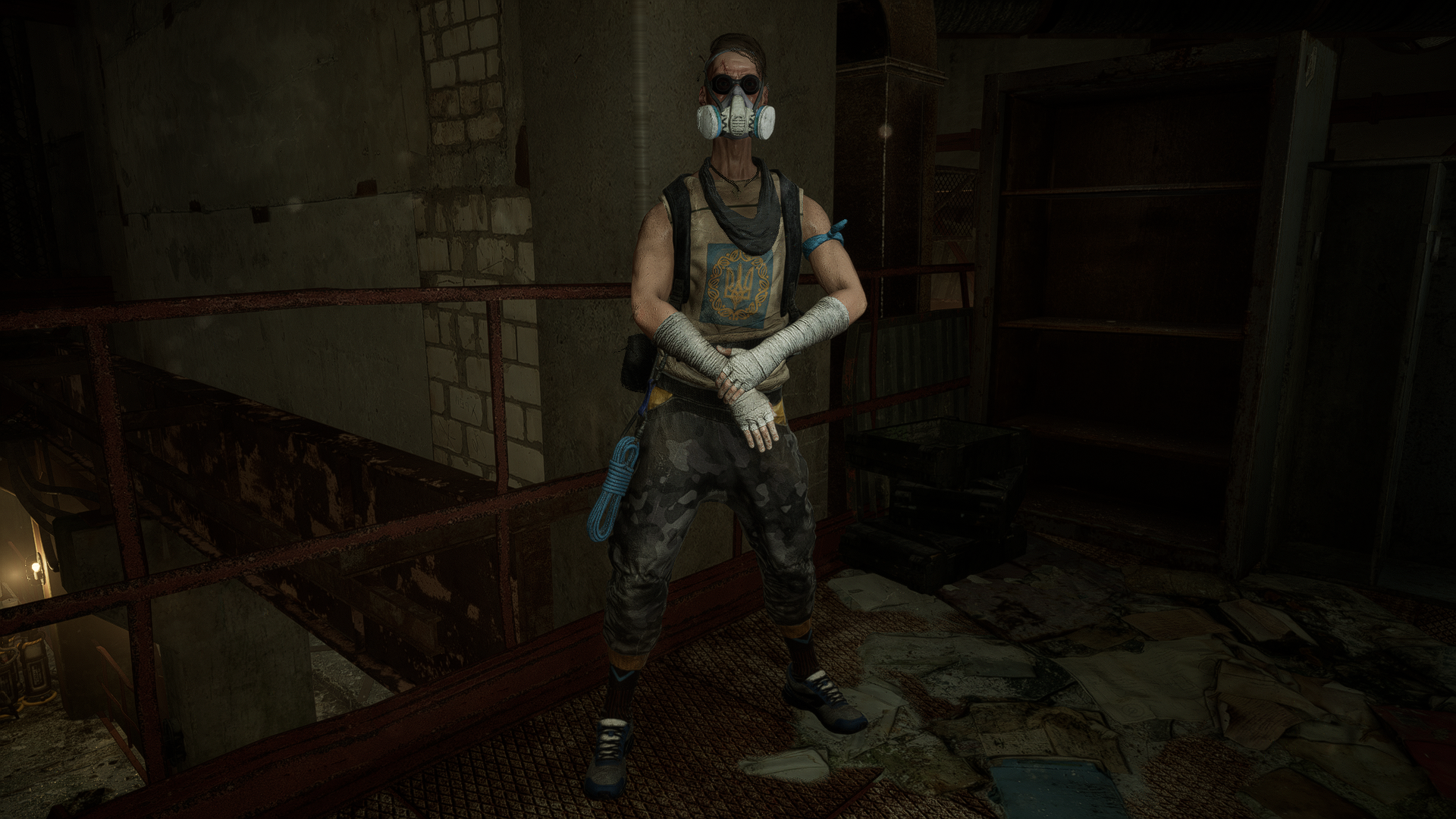 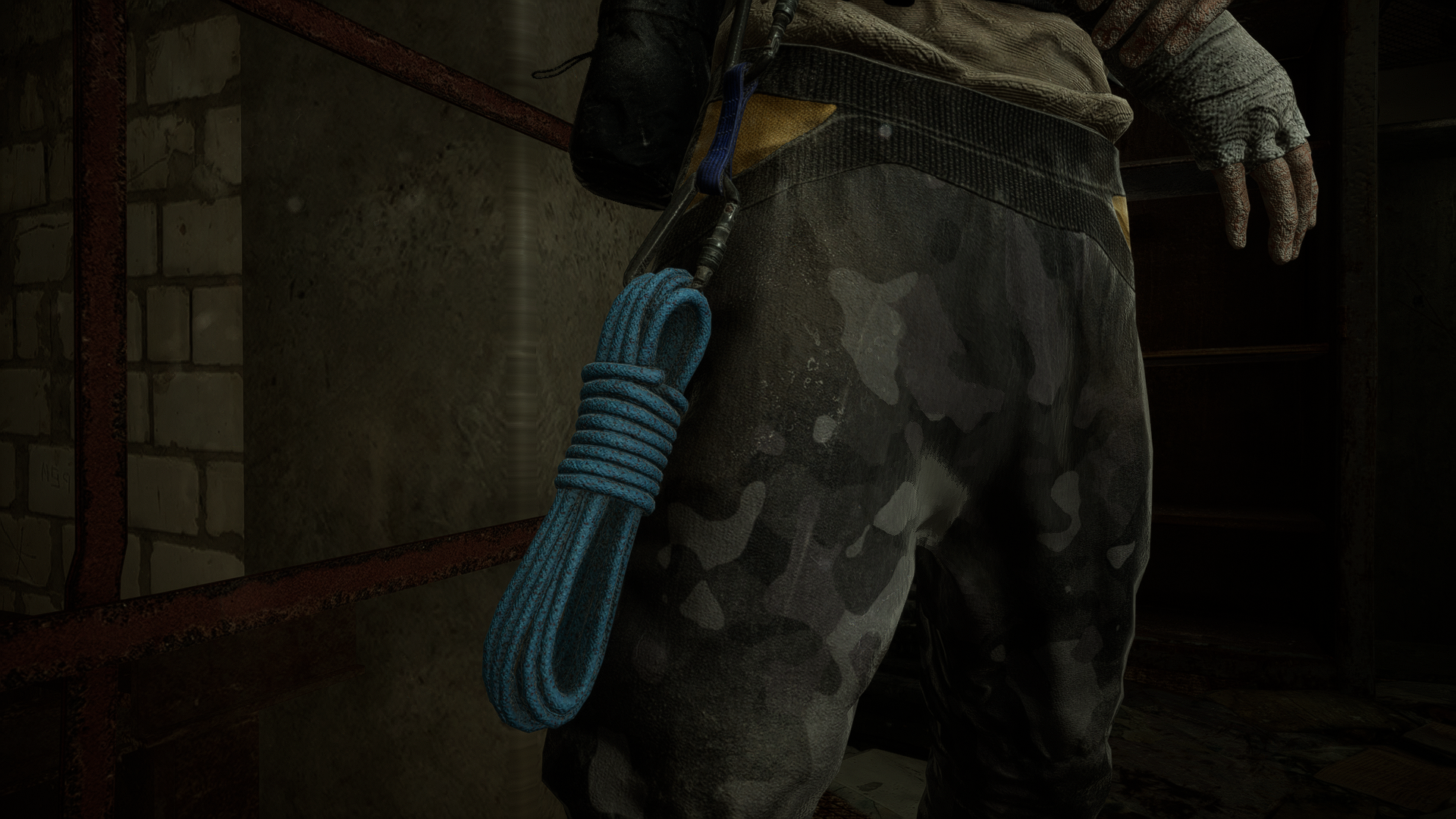 Before we conclude, we have very important information for you! If you like our game and the atmosphere of Chernobyl in general, be sure to check out this new project from our friends from polish studio Vimagineo :)

“Chernobyl Again” is an adventure game created for VR headsets that takes place in the 3D-scanned Chernobyl Exclusion Zone. 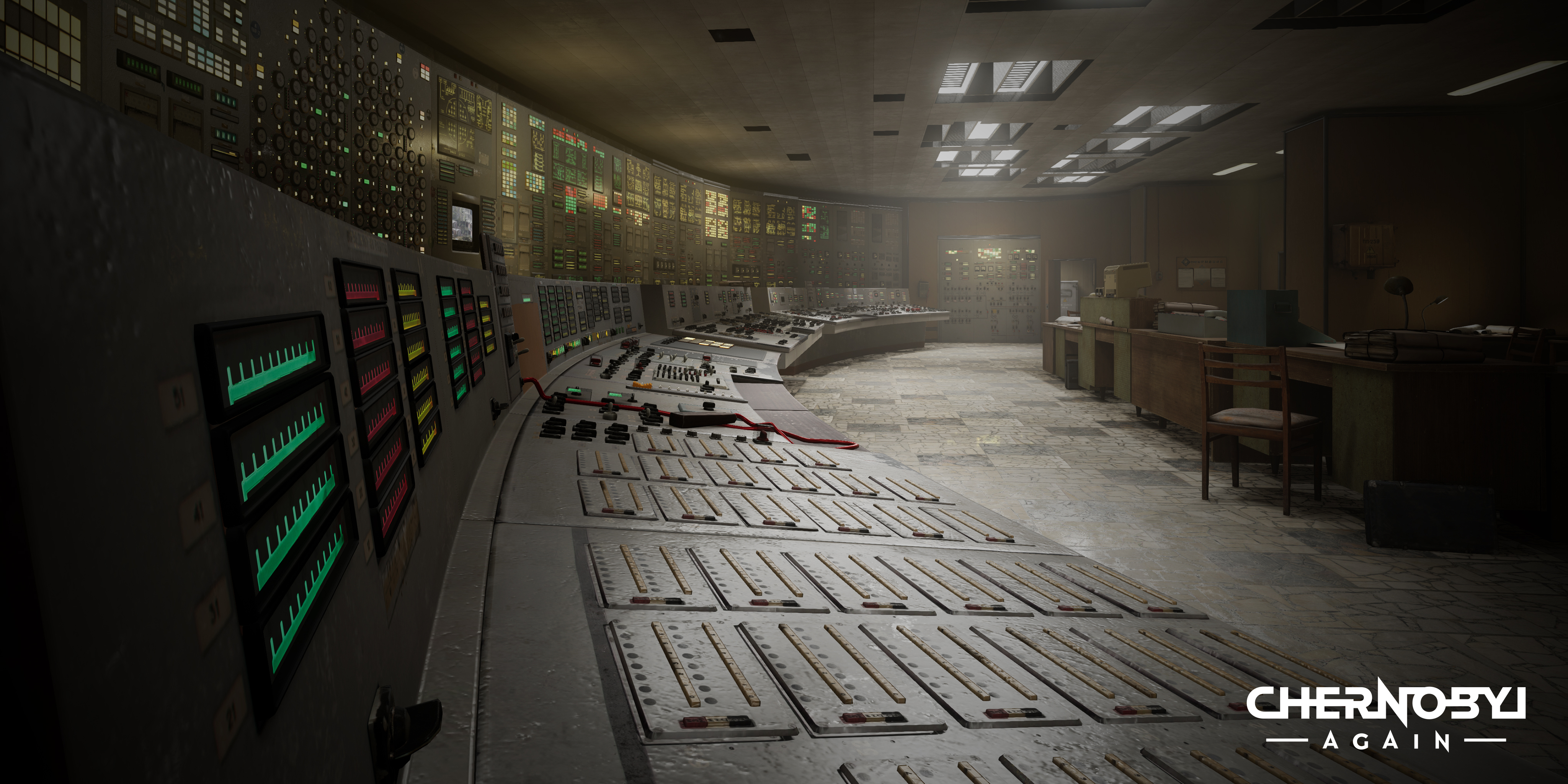 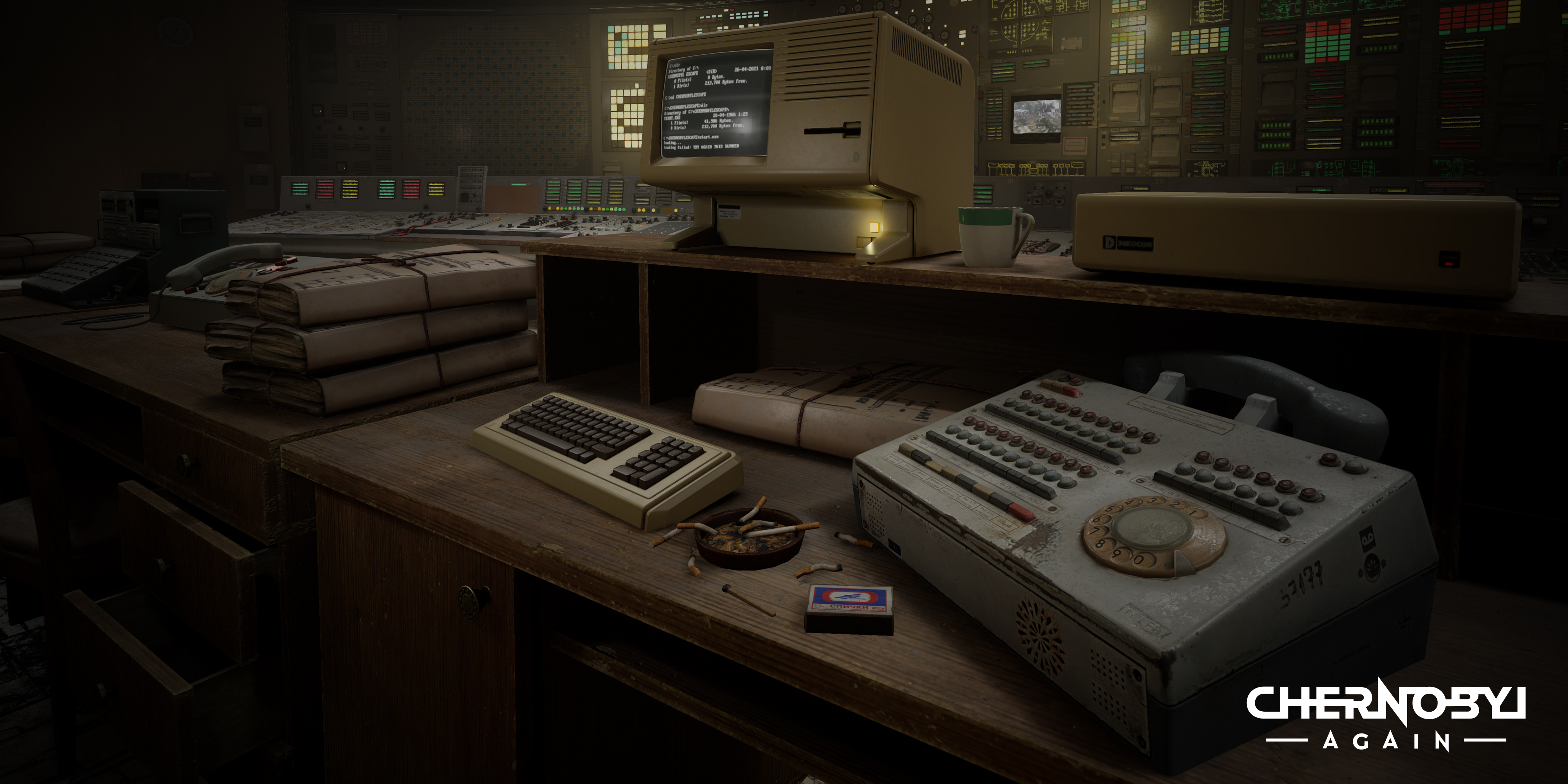 If you want more info about it, check it out by yourself on this link[linktr.ee].

Follow our official channels to stay up to date:

Chernobylite
207
11
New game plus?
Is this going to be coming anytime soon?. Also the random play option, is that never ending?. Having a blast so far and happy that the game seems to have had some optimisations since I last played.
5

Urban
10 hours ago
General Discussions
Weekly Report #141
Sep 16
Hello Stalkers!
It's time for another portion of real life stories that we smuggled into the game. Today we will start with anecdotes about the local flora. One of them is presented to us by Olga - who is the walking encyclopedia when it comes to facts about the Red Forest. During the conversation, she mentions that a few years ago she was showing a forest to a group of American researchers, who noticed something interesting. “I showed them around the Red Forest and everything. They were taking measurements and one guy told me that the trees had barely changed since the Incident. I hadn't really thought about it until now. But it really does feel like this whole place is a snapshot of the past. Like a butterfly caught in amber. That's probably due to the radiation. It almost wiped out the microorganisms living on the forest floor. There's almost no decay, so the trees don't rot like they normally would. I mean, they are decaying, but extremely slowly."

That's true. The microbes that naturally break down vegetation have almost become extinct due to radiation. Their lack caused the forest to “freeze over time”, taking on a red color for many, many years. A fascinating biological phenomenon with a hint of romanticism. 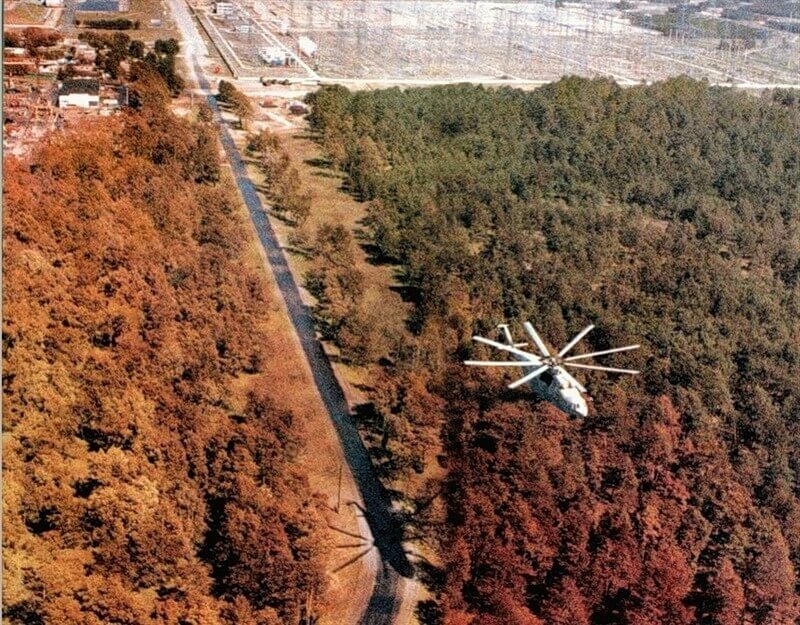 Next up is the extraordinary Mikhail, who will always give us a lot of history. For example, how he collected radioactive berries and mushrooms and sold them in the European Union. A customs officer even told him how he once searched the truck that triggered radioactivity detectors. He was sure he was going to find some kind of dirty bomb, but to his surprise the cargo containted berries harvested in Pripyat.

Journalist Kate Brown described the smuggling of blueberries from the Zone in her book, “Chernobyl. Survival Manual”. In one of the chapters, she describes how she and a Ukrainian friend decided to check the turnover of undergrowth fruits 30 years after the disaster. Officially, radioactive berries are used as dyes. Sellers claim that they are mixed with the "good" ones (although most of them are still contaminated to some extent), so that they pass inspection and are sent to Poland to processing plants. From there, in the form of finished products, they go to fairs and store shelves all over Europe. The same is the case with mushrooms. 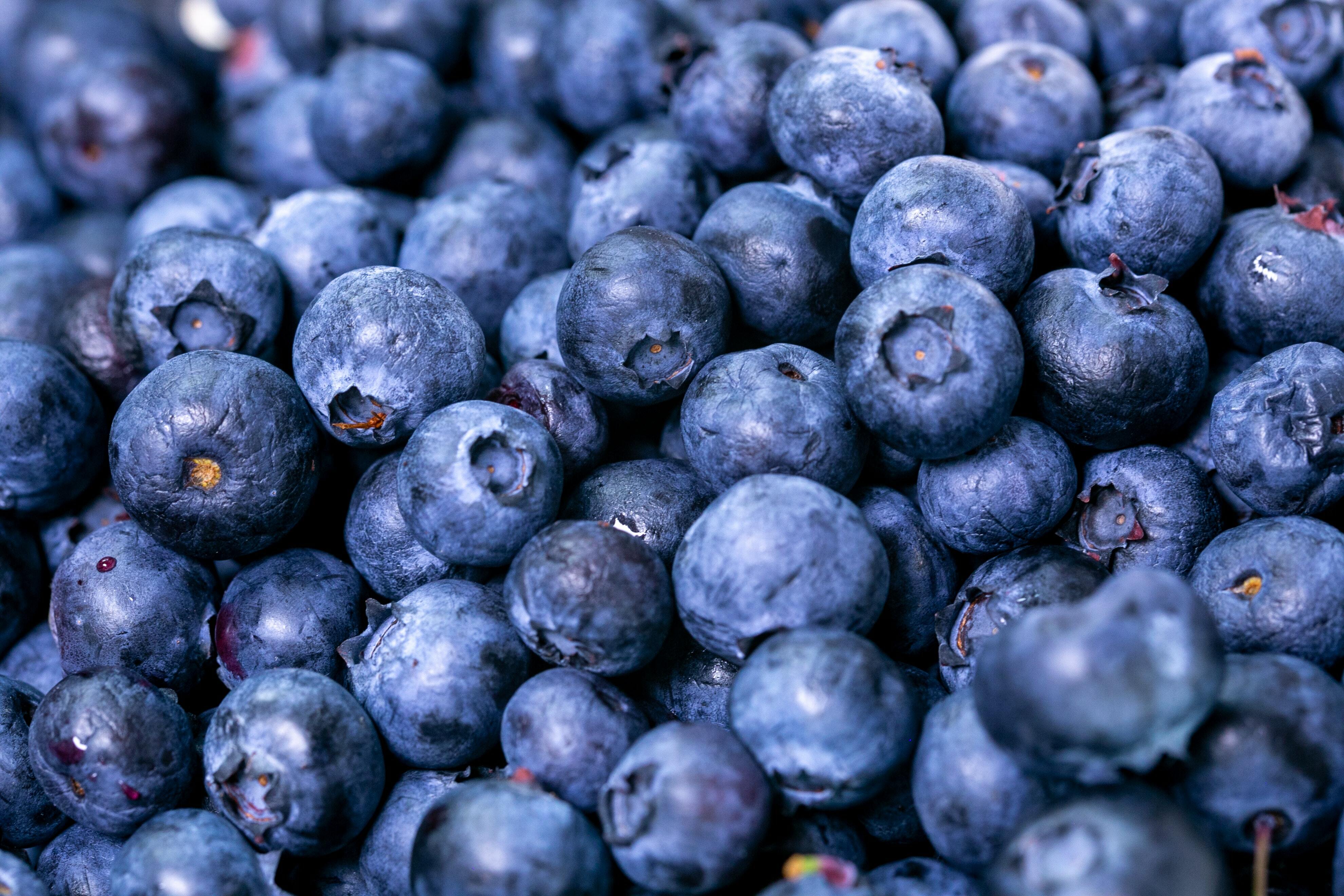 “The Poles have been consuming radioactive products from the local forests since 1986. Thanks to the lifting of trade restrictions, they send the fleece contaminated after Chernobyl to European markets, to wealthy buyers from abroad. From Europe, the berries travel on. A nuclear safety specialist told me that a truck with a "radiant mass" in a trailer was stopped at the US-Canadian border. Fearing that it was a "dirty bomb", border guards checked what it was. They were relieved to find berries from Ukraine. Because they were within the acceptable standard, the border guards allowed the truck to enter the States."

We go back to Olga again, who in conversation with Igor recollects the times when she worked in the Chernobyl power plant. There she heard a rumor that the KGB was trying to... breed fish in the cooling tanks of a nuclear power plant. Serhia Plokha took a closer look at this rumor. In his book, “Chernobyl: History of a Tragedy”, he reported that two months before the accident, “Soviet Life” - an English-language magazine filled with propaganda for foreigners - quoted in an article by the chief engineer of Chernobyl, who boasted that the plant's cooling pond was used for fish farming. 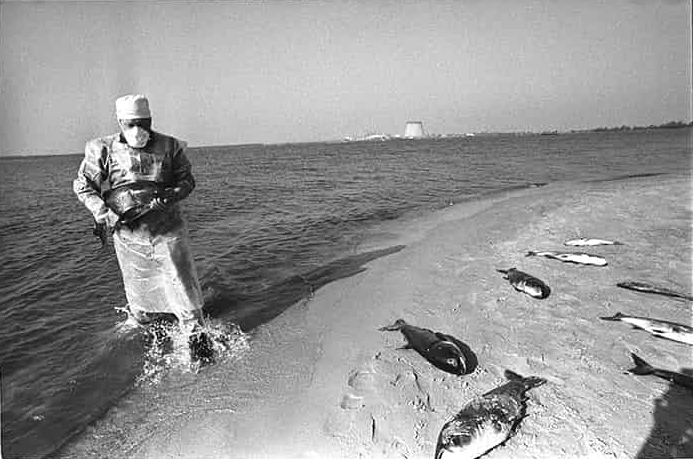 Since we are on the subject of fish, it is worth mentioning one more rumor that circulates around the Zone. Well, contaminated water is believed to be a nutrient medium for overgrown catfish and other fish with radioactive mutations. This makes the rivers and lakes near Chernobyl one of the most popular fishing spots in the world.

The last but extremely interesting anecdote comes from the reliable Mikhail (how many stories does he have?). He mentions how, as a child, he and his aunt went to Slavutych (a city near Chernobyl built after the disaster) to see how Anatoly Kashpirovsky tried to heal radiation liquidators using hypnosis.

Kashpirovsky is a Russian psychiatrist and psychotherapist who gained widespread fame in the late 1980s. At that time, he conducted hypnosis sessions (teletherapy) on state television, which were very popular. Many viewers believed that TV broadcasting did help combat many diseases and ailments, from hair loss to cancer. However, as it turned out, hypnosis had nothing to do with it. In an official statement, the USSR Ministry of Health called this phenomenon "collective psychosis" - some of the allegedly healed people were sent to hospitals with symptoms of mental illness. 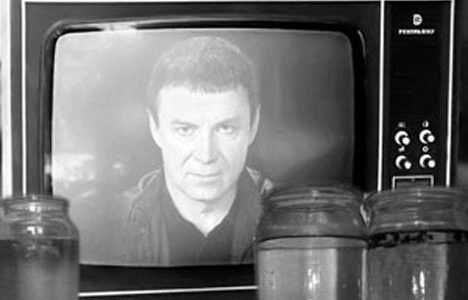 After he was banned from teletherapy, Kashpirovsky continued his "career" promoting his controversial methods of treating people. In 1990, he worked all summer with the inhabitants of Sławutycze and Pripyat to help the victims of the Chernobyl disaster. For this purpose, he used hypnosis to cure, among others, liquidators from the effects of radiation. If you want to read more about the case, we refer you to the book by Kate Brown we mentioned.

Follow our official channels to stay up to date: 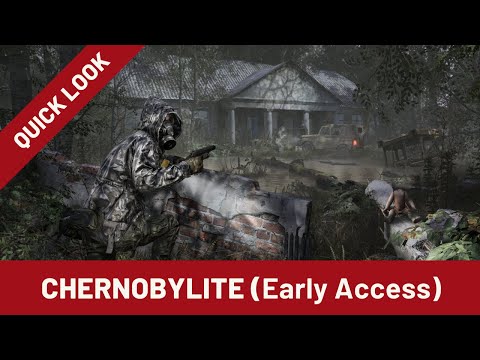 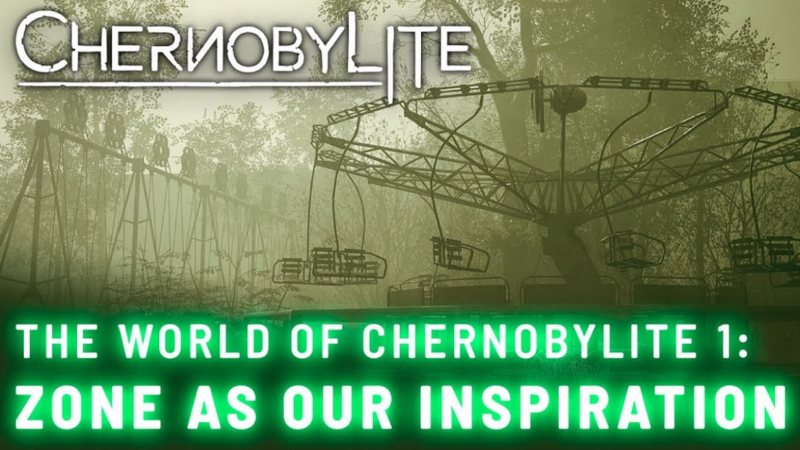 We’ve already shared a lot of information about our game from behind the scenes, but there’s still a lot to uncover. We’ve been working on Chernobylite for a few years and our developers have many stories to share. Therefore, we prepared some new content for you.

Here comes the first part of the “World of Chernobylite” series! Check out how we approached the Zone re-creation and why we decided to place our base in Reactor No.5. Are most terrifying things always loud and epic? Chernobylite developers share their thoughts on this and on many other topics, including 3D scanning, choice of locations, approach towards exploration and gameplay. Hope you’ll enjoy!

If you haven’t played Chernobylite yet, you can buy it with 35% discount - on Steam, till September 12th. We’re a part of Feardemic’s Fear Fest 2022.

Save 35% on Chernobylite on Steam:
https://store.steampowered.com/app/1016800/Chernobylite/

Will you join us? Let us know in the comments or on Discord.

[discord.com]
Follow our official channels to stay up to date: 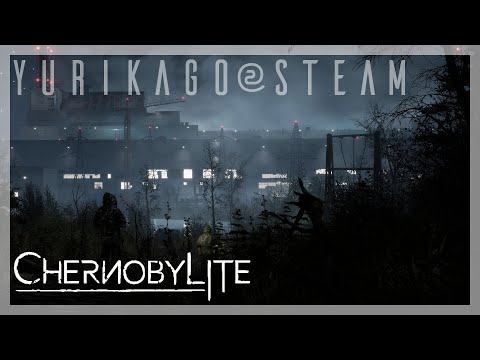 Igor's Board - spots of all clues
In this guide all spots for all clues of the board are revealed.
48 ratings 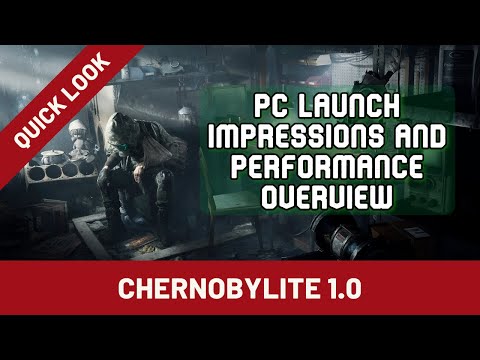 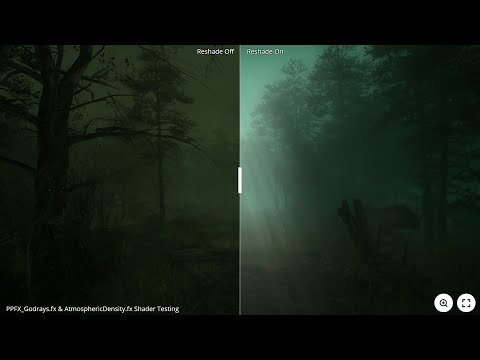 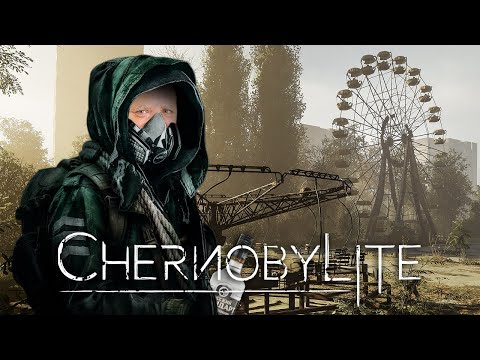 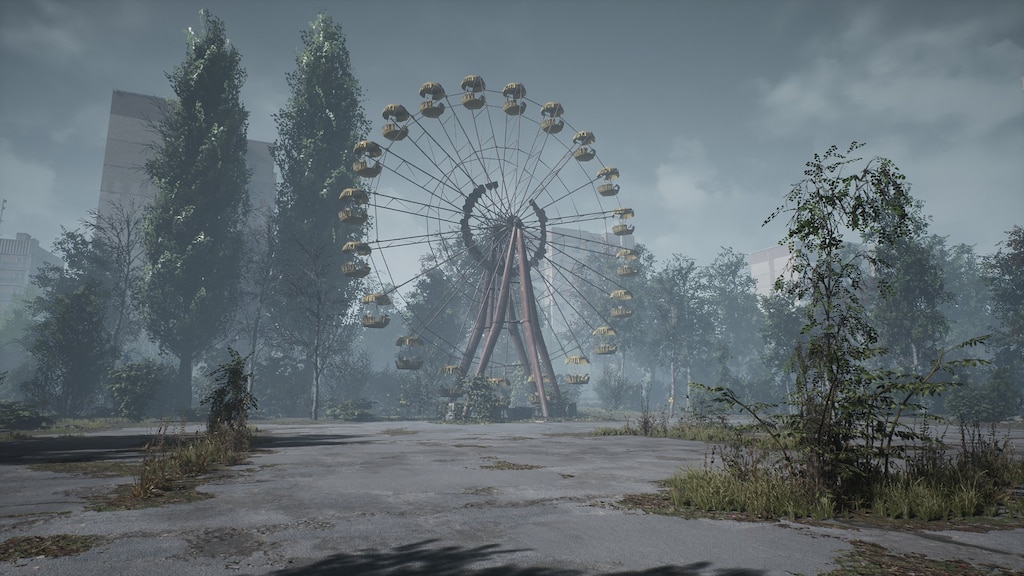 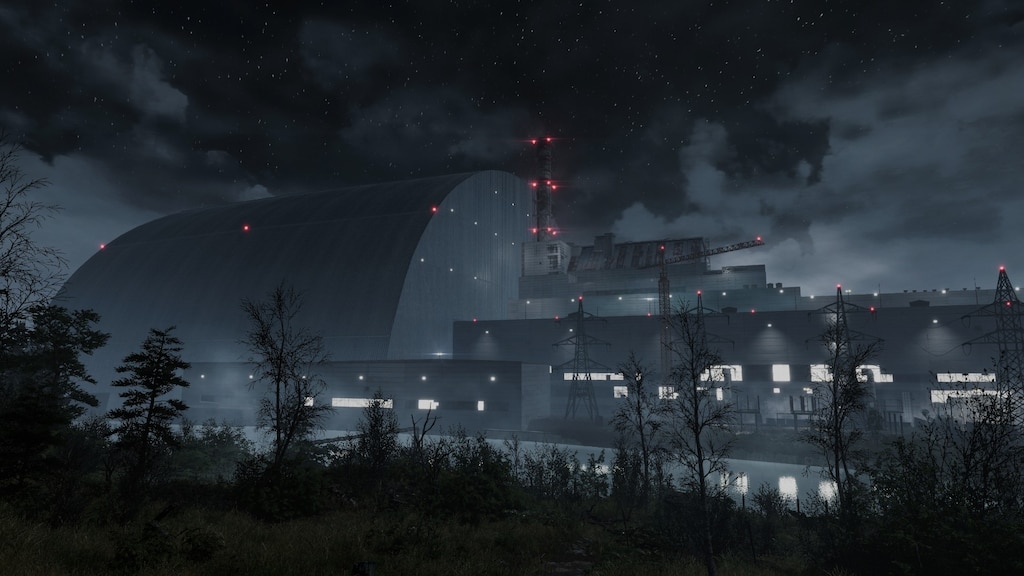 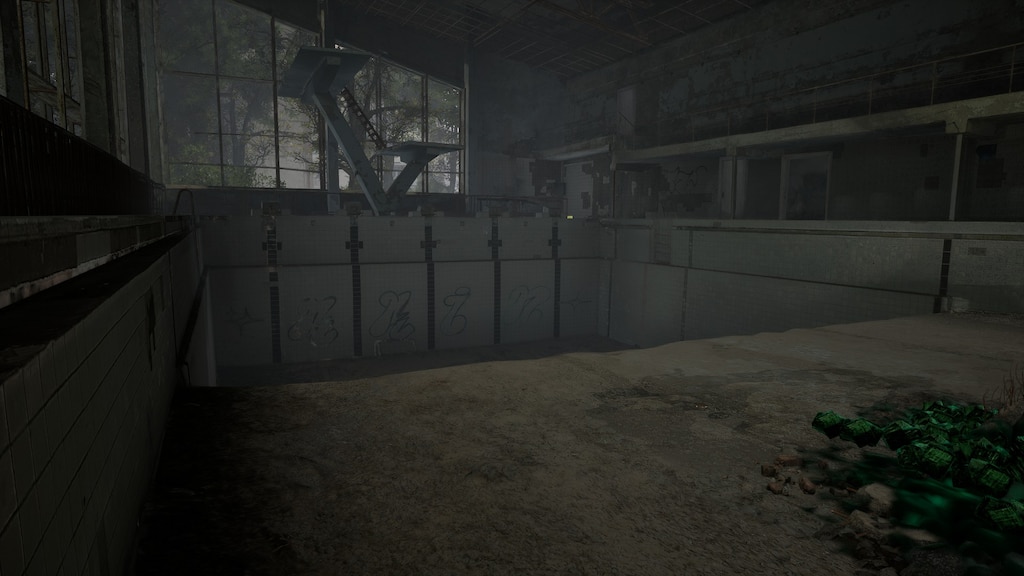 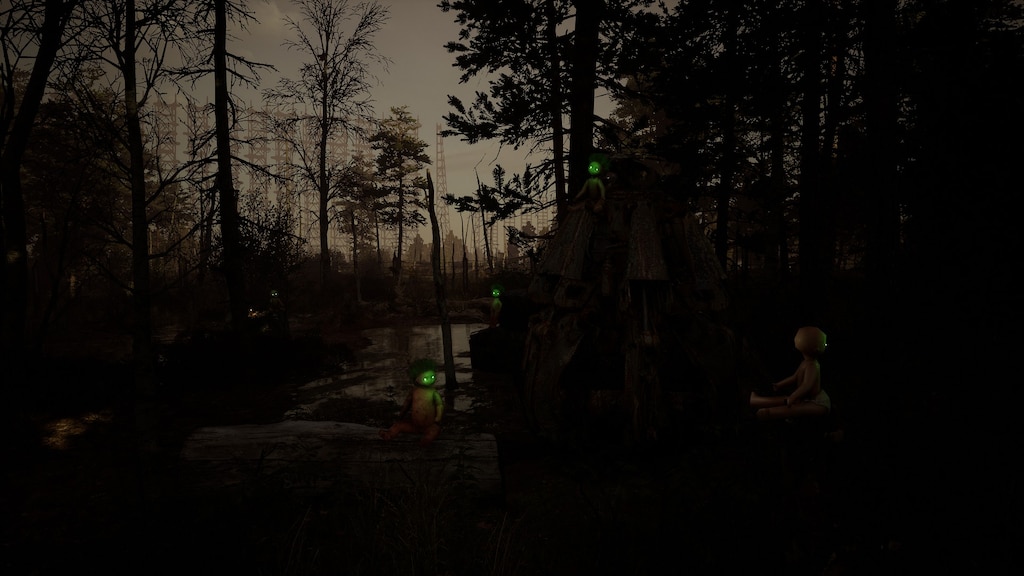 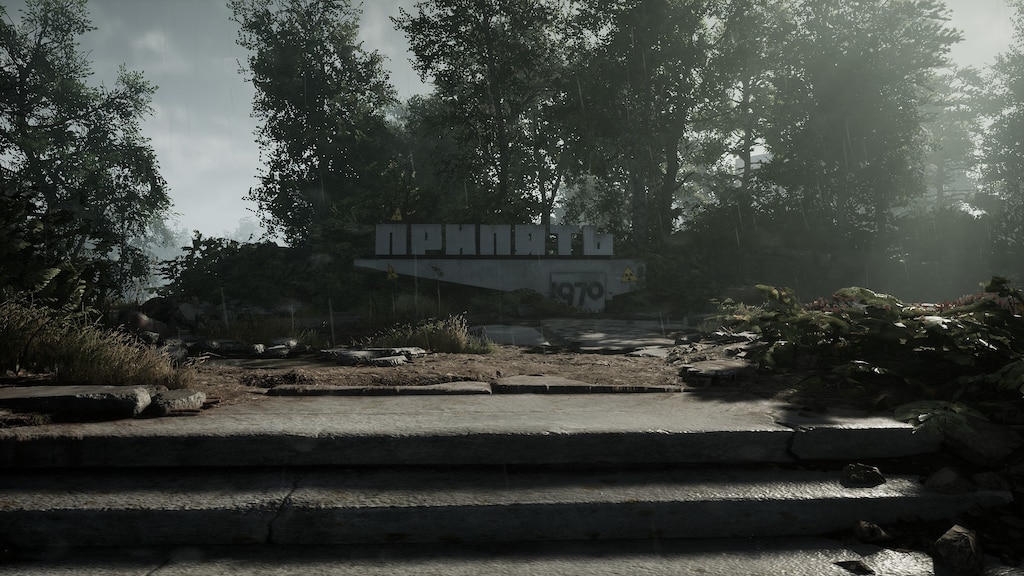 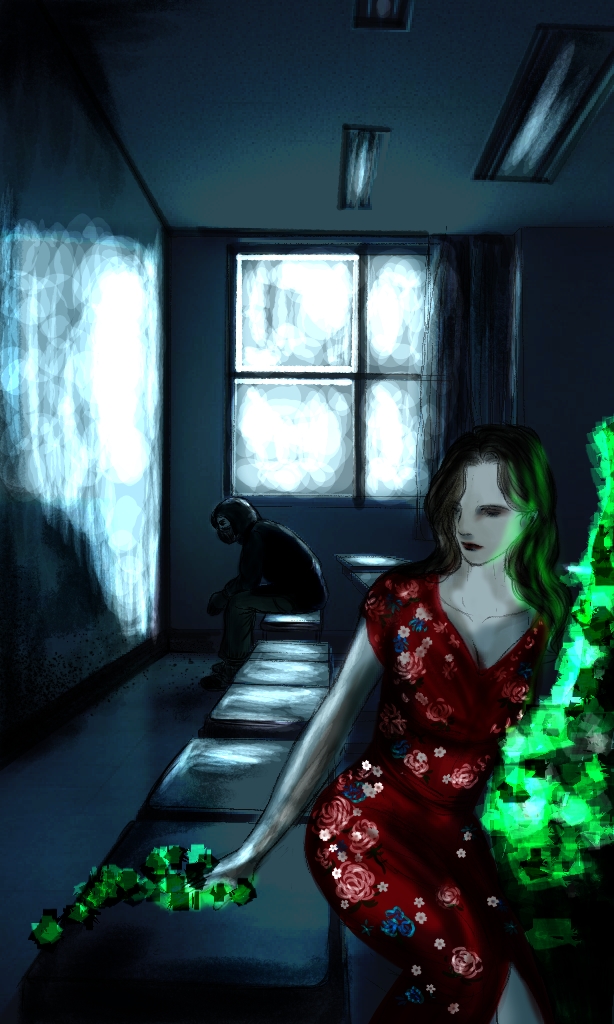 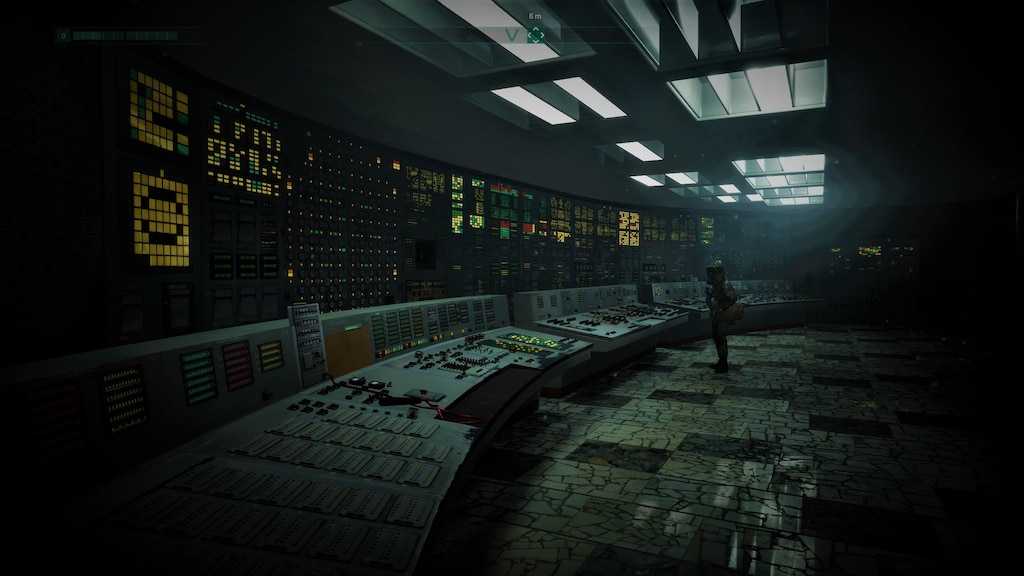 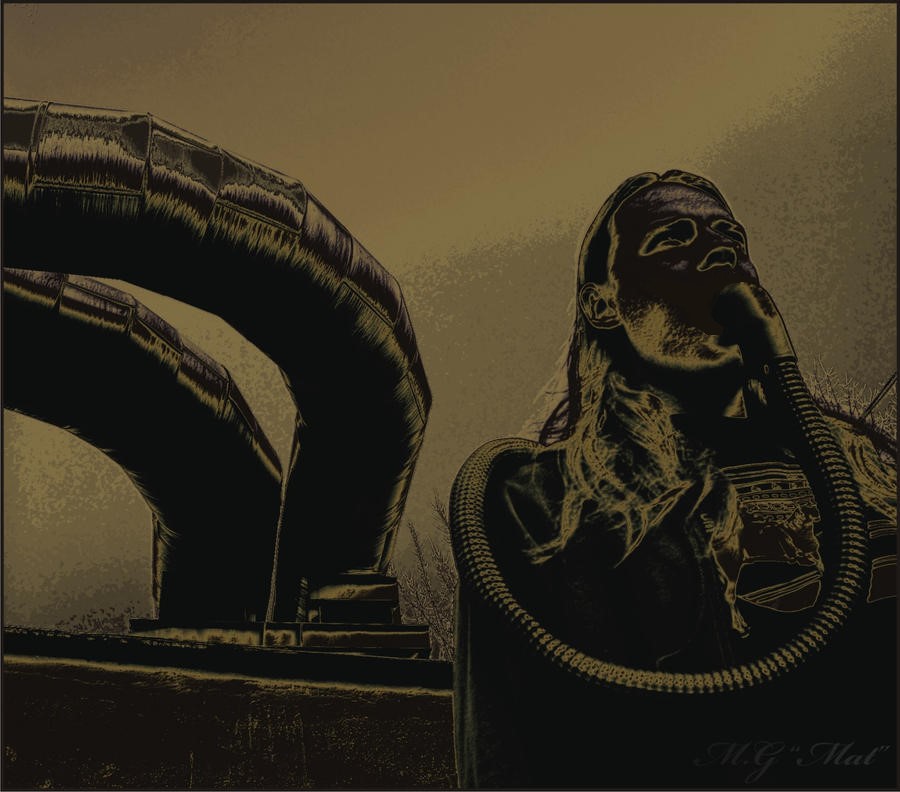 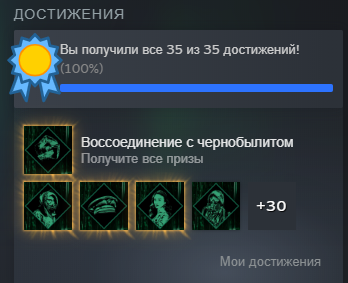 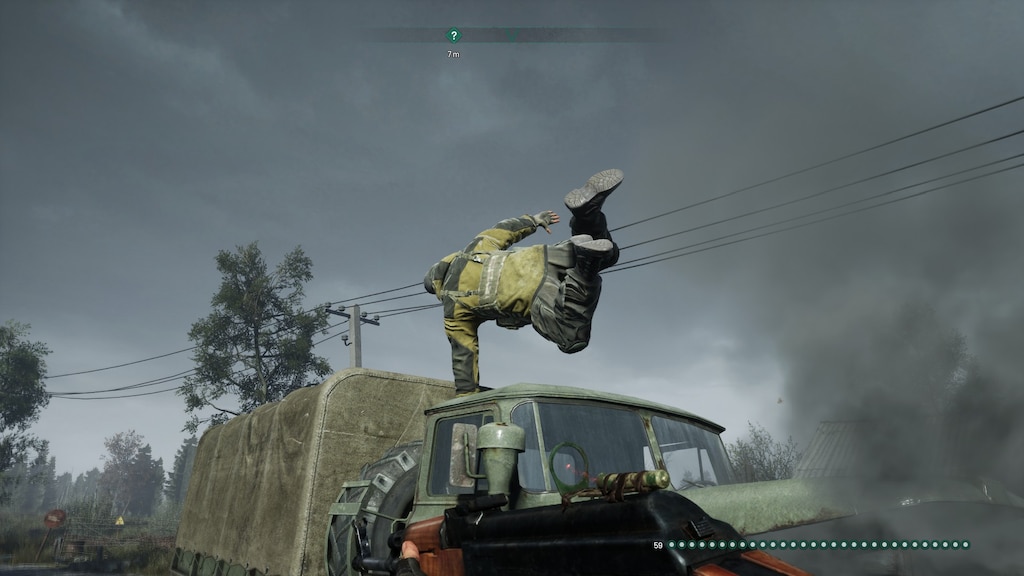 Recommended
24.7 hrs on record
Very good story where your choices truly matter. The main message of this game is: The man is a wolf to man. A fairly pessimistic but very realistic view.

Reshade profile / better graphics
I would like to share a Reshade profile that only slightly changes the picture, adding a little bit of immersion thanks to a slight DOF (the game has no DOF at all). No framerate loss.

Niliu
Sep 23 @ 6:11am
General Discussions
Ghost of the past - New Story Line Quest - Loop Bug?
I was doing the new Quest Line Ghost of the past on the two Prypjat maps, then doing a normal story mission. Afterwards I was again visited by Amalieva to do the Ghost... Quest in Prypjat Residential Area again, only I couldnt finish it because after the third cutscene where you are supposed to grab some Chernobilyte I was not able to pick it up. I tried loading various save games even a save slot from a (game-)day earlier. Does anybody have any solution?...
70

DYMAXION
Aug 7 @ 6:30pm
General Discussions
English or Russian?
I just speak English, but I feel hearing Russian would be better. It has subtitles that I'll set on English, of course, but what do you think?
47

Recommended
47.8 hrs on record
ITS CORN!