Store Page
ARK: Survival Evolved>  Workshop > orionsun's Workshop > Structures Plus (Open Source) > Discussions
This item has been removed from the community because it violates Steam Community & Content Guidelines. It is only visible to you. If you believe your item has been removed by mistake, please contact Steam Support.
This item is incompatible with ARK: Survival Evolved. Please see the instructions page for reasons why this item might not work within ARK: Survival Evolved.
Current visibility: Hidden
This item will only be visible to you, admins, and anyone marked as a creator.
Current visibility: Friends-only
This item will only be visible in searches to you, your friends, and admins.
Structures Plus (Open Source)
Description Discussions4451 Comments26721 Change Notes 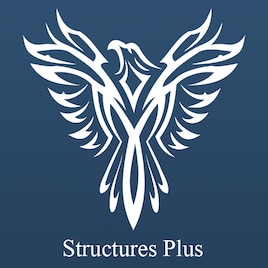 Want to join the discussion? You need to sign in or create an account.
Date Posted: May 18, 2020 @ 2:46pm
Posts: 0
Start a New Discussion
Discussions Rules and Guidelines

- All S+ structures with a Homestead counterpart (triangle foundations, ceilings, fence supports, etc) have been renamed
(note: this means all applicable structures will be converted to their Homestead version on server start)
(note: it is no longer recommended to use AllowIntegratedSPlusStructures=false, it won't hurt but it doesn't matter anymore)

- S+ Engrams now replace vanilla engrams (ie a S+ Wood Wall now requires the S+ Thatch Wall engram & has the same cost as vanilla)
(note: already learned engrams will not be removed from characters, you can use a mindwipe to clear the clutter though)
- New Config: DisableEngramOverride (will disable the engram override)
- New Config: EngramOverrideBlacklist (a list of vanilla engrams that you wish to not be overridden)
- New Config: SPlusEngramWhitelist (a list of S+ engrams you wish to use, all others will be hidden. This option also disables the engram override.)
- New Config: OverrideTekEngrams (by default tek engrams are not overridden, use this config to override them as well. This will also allow vanilla tek engrams that are not hidden to be learned manually.)
- S+ Tek Engrams have been given level requirements (partly to keep them from the top of the engram screen)
- Map specific engrams are now unlocked on all maps
- New Config: DisableUnlockingMapSpecificEngrams (disables the unlocking of map specific engrams)

- Structures will now automatically queue when placing them (ie after you place a wall, if you have another it will be activated for placement)
- New Config: DisableSmoothBuild (disables the placement queue)

- New Structures: Wood & Metal Ocean Platforms (can snap together, can build out & down, has snaps for vacuum compartments & has 15 model variants similar to glass)

** Platforms Plus Integration **
- All the structures from Platforms Plus have been brought to Structures Plus, redone in ways that were not possible to do in P+
- Snapping has been improved & additional snap points have been added (ie wedges can now snap end to end, as well as to platforms)
(note: these are entirely new structures & will not replace existing Platforms Plus structures, they also will not work well with Platforms Plus)
- New Config: ArePlatformsImmuneToDamage (will prevent all damage to ocean, cliff & tree platforms)

- New Config: ResourceTransferCooldown (the time between most inventory transfers, ie pulling)
- Pull icons no longer obstruct Cryopod tooltips
- The pull selected quantity text boxes now remember their last input
- You no longer need to select an item in a remote inventory to open the pull menu (in most cases)
- You can now right click the pull selected button to ignore the resources in the target inventory (ie if a pull requires 10 wood, it will pull 10 wood even if you have 10 wood already)

** S+ Transfer Control Unit **
- Placeable on any surface
- Performs advanced transfers similar to the old Transfer Tool when its activated
- Can be activated by pin (ie step on pressure plate to trigger a transfer)
- Presets can be transferred between it & the Advanced Transfer Mode of the Omni-Tool (right click to take presets, g to apply presets)
- New Config: TribeTCULimit (limits the number of Transfer Control Units a tribe can place)

- Most structures now have lesser tiers as model variants (ie a stone wall can now use the wood, adobe, or thatch model while retaining its strength)
(note: greenhouse selected in this way will not provide greenhouse effect to crops)