Greenlight > Games > JAHLGREN's Workshop > Hungry Hubert > Discussions
Greenlight is being retired. For more information on how to submit games to steam, refer to this blog post.
This item has been removed from the community because it violates Steam Community & Content Guidelines. It is only visible to you. If you believe your item has been removed by mistake, please contact Steam Support.
This item is incompatible with Greenlight. Please see the instructions page for reasons why this item might not work within Greenlight.
Current visibility: Hidden
This item will only be visible to you, admins, and anyone marked as a creator.
Current visibility: Friends-only
This item will only be visible in searches to you, your friends, and admins.
Hungry Hubert
Description Discussions1 Announcements1 Comments277 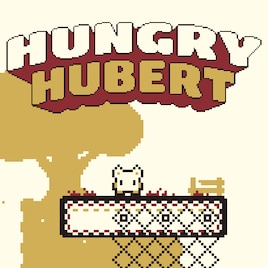 Helleri
View Profile View Posts
Mar 12, 2014 @ 10:33pm
Hungry Hubert: Full Feedback.
Definately entertaining. And, it is not without challenge. I like the visual aethetic and the Fx compliments the bare look well. I find the graphical fidelity to be more than acceptable for what it is. It feels like playing Knuckles in the Game Sonic and Knuckles for the Sega Genesis. But, with two significant differences:

1) Hubert is easier to control than Knuckles.
2) Hubert is harder to keep alive than Knuckles; given he is a one hit kill and is plagued by constant hunger (And, that he dies if he doesn't constantly eat).

To be clear I feel both of these are good things. But, I do have a few critiques:

1) The conditions for death feel wildly out of balance.

- Pitfalls don't actually kill hubert. Only reset him to the start of the level. And, given he can change direction and jump in mid air, as well as do a sort of wall climb (as long as he stays moving). Even being sent to the starting door isn't much of a likely hood (I actually had to fall down a pit on purpose to discover this). And, because he can do all this, there is really no need to time jumps and control him with precision (even though the layout gives the appearence that there is). Consider adding spikes to the bottom of pits that will kill him? As, well as nerfing his mid air ability a bit?

- I feel hunger kills Hubert far to fast. It's his main threat. The badguys feel like an after thought and mostly just a minor inconvienience as they have to be killed in order for the exit door to open. I think the hunger bar should start out slow. And, get faster with every room completed.

- One hit kill from the badguys feels a little harsh. I feel more like a hit should make the hunger bar jump up significantly and halve the recovery from eating for a while (lets say until he kills a badguy or enters a door...and of course if it fills because of this he dies).

2) I think Huberts ability to do damage with fire power should be tied to his hunger bar.

- Nothing as cliche' as eating the enemy to gain a ranged attack in a one-for-one mode (although it worked for both Kirby and Yoshi well). I think it should be tied in a bit more lossely. Maybe just firing a shot raises how hungry he is.

3) The eating upward option is a little clunky compared to the eating side to side or or downward option. It seems like there is a bit a of a delay between making contact with an object obave you and being able to actually eat it. Enough that getting to eat it is hit and miss.

In general I think it's a good idea to make the hunger mechanic more dynamic (having more things that effect it positively and negatively). And, in-so-much turn it into the main mechanic in a way that isn't just frustrating at times.

Additionally, I think adding inedible obstacles and maybe a few different other types of blocks (power ups and debuffs) may make the play less strait foward in an intersting way.
< >
Showing 1-1 of 1 comments