Store Page
Stellaris>  Workshop > Isilanka's Workshop > Interplanetary Agriculture > Discussions
This item has been removed from the community because it violates Steam Community & Content Guidelines. It is only visible to you. If you believe your item has been removed by mistake, please contact Steam Support.
This item is incompatible with Stellaris. Please see the instructions page for reasons why this item might not work within Stellaris.
Current visibility: Hidden
This item will only be visible to you, admins, and anyone marked as a creator.
Current visibility: Friends-only
This item will only be visible in searches to you, your friends, and admins.
Interplanetary Agriculture
Description Discussions3 Comments237 Change Notes 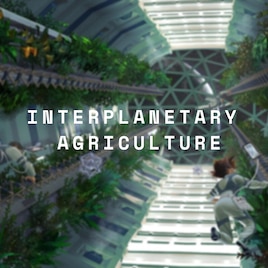 Want to join the discussion? You need to sign in or create an account.
Date Posted: Sep 28, 2019 @ 11:58am
Posts: 2
Start a New Discussion
Discussions Rules and Guidelines
More discussions

14
Bugs and other oddities.

*Agricultural Drugs/Military Drugs : mid game, gives access to everything related to the Flowers of Silence and Red Flowers

All the jobs included in this mod use food as upkeep, and only food.

* Church of the Tree : requires some degree of spiritualist, slight boost to Cultivators, unlocks Tree Temple and the Pale Garden.

*Biotechnologies Conglomerate : Megacorp only. Boosts the production of Cultivators, Botanists and Farmers at the expense of Miners and Metallurgists.

*Once a world possesses at least one Flower of Silence building, you can choose to Deregulate the Flowers which gives a massive boost to both research and crime.

** The Citadel Forest shields the planet against orbital bombardment.

Sep 28, 2019 @ 12:24pm
I absolutely love this mod! A lot more can be added to it to make it even better too. Perhaps you could add a ruler job such as plantation owner for the upgraded building types (these could create unity, amenities, and crime), and also making some worker jobs for these buildings would be nice as well because slaves wont be able to work as specialists, but should still work on these plantations. Also this would go even better with Megacorporations, maybe adding a civic or two would be possible. Keep up the good work!
#1

Isilanka
View Profile View Posts
[developer] Sep 29, 2019 @ 12:24am
Well, one of the issues is that I've kind of taylored the mod on my playstyle so I didn't think about slaves nor megacorps (I don't own Megacorp at present) but that could definitely be a thing. On the ruler jobs - yes, they could be added (originally the tea plantation gave a merchant job, which was removed in favor of custom jobs) - but I'm always wary about adding yet another job to Stellaris, which already has a lots of jobs in vanilla and even more when a few mods are in play. But it's being considered. The "ideal" type of empire for this mod, in the original concept at least, is really "pacifist agrarian nation with specialist-focused economy" but it shouldn't forget other playstyles indeed.

Lore-wise, the decision to have cultivators be specialists and not workers, which might seem a bit weird at first, results from the fact that I didn't intend these buildings to be 19th century like plantations : they are much more high-tech and specialized things, where cultivators are mostly freed from actual manual labour (even without full automation, it's the space age after all) and handle the end product rather than the farms themselves.
Last edited by Isilanka; Sep 29, 2019 @ 12:31am
#2
< >
Showing 1-2 of 2 comments
Per page: 15 30 50