Store Page
Don't Starve Together>  Workshop > K1NGT1GER609's Workshop > Whaler > Discussions
This item has been removed from the community because it violates Steam Community & Content Guidelines. It is only visible to you. If you believe your item has been removed by mistake, please contact Steam Support.
This item is incompatible with Don't Starve Together. Please see the instructions page for reasons why this item might not work within Don't Starve Together.
Current visibility: Hidden
This item will only be visible to you, admins, and anyone marked as a creator.
Current visibility: Friends-only
This item will only be visible in searches to you, your friends, and admins.
Whaler
Description Discussions3 Comments7 Change Notes 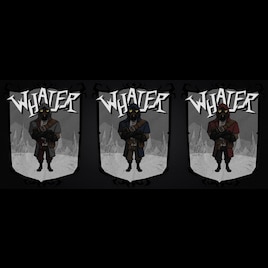 Want to join the discussion? You need to sign in or create an account.
Date Posted: Jul 13, 2018 @ 11:04pm
Posts: 0
Start a New Discussion
Discussions Rules and Guidelines
More discussions

Hearty Crew:
+Summoned assassins do 20% more damage.
~It can be used by other players to achieve the same effect

Overpowering:
+do 15% more damage
-Only works for whaler characters

Reinforced bolts:
+bolts (not sleep darts/fire bolts) break less often and can be recovered.
+works on other players

Robust:
+health elixirs give 10% more healing.
+works on other players

Spirited:
+spiritual elixirs give 10% more sanity.
+works on other players

Swift shadow:
+Move 10% faster while not in combat
+works on other players
-Unequips itself when the player is in combat
-If the whaler has shadow kill it won't be equippable if the whaler breaks stealth

Tough skin:
+increase your health by 20.
-Only works for whaler characters

Void surge:
+sometimes you don't loose sanity when using a power.
-Only works for whaler characters

Submariner:
+regain health while you soaked. The more soaked the more you heal.
+works on other players

Corrupt Bone Charms:
Note: They can only be obtained by trading rare items to Garrett or Saval (summoned assassins). Saval and Garrett will not trade with non-whaler players.

Leverage:
+Pull picks up more items quicker or targets instantly
-doubles the cost of sanity used to do so.
-Only works for whaler characters

Power Slash:
+Do 30% more damage
-attacks are delayed by one second inbetween hits.
-Only works for whaler characters

Splintering bolts:
+bolts do 25 damage extra (even if the target has armor)
+works on other players
-bolts always break.

Statuesque:
+when you’re standing and not in combat become invisible to enemies.
+works on other players
-Become visible when moving or attacking
-Unequips itself if the player attacks
-Doesn't work if the whaler has shadowkill and broke stealth

Witch's skin:
+block all damage and stuns taken
+works on other players
-drain you sanity by that damage amount you take
-Unequips itself if the player's sanity is below 33%