Store Page
Tabletop Simulator >  Workshop > King Crazy's Workshop
This item has been removed from the community because it violates Steam Community & Content Guidelines. It is only visible to you. If you believe your item has been removed by mistake, please contact Steam Support.
This item is incompatible with Tabletop Simulator. Please see the instructions page for reasons why this item might not work within Tabletop Simulator.
Current visibility: Hidden
This item will only be visible to you, admins, and anyone marked as a creator.
Current visibility: Friends-only
This item will only be visible in searches to you, your friends, and admins. 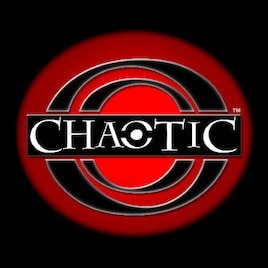 This item has been added to your Subscriptions. Some games will require you to relaunch them before the item will be downloaded.
In 1 collection by King Crazy
Chaotic

Big thanks to DanielsWorlds for contributing a large portion of the expansions!

Description
Chaotic is a card game in which two players battle creatures for supremecy. Using battlegear, mugic (magic based on music), abilities, and attacks, the players must defeat each other using strategy, wit, and a little bit of luck.

Chaotic was a card game that originally ran alongside a 4Kids TV show with a similar name. With the closing of the website in 2012, the game has since died down severely. During the game's lifetime, multiple series' of cards were originally released, however only series one: Dawn of Perim, is featured in this mod.

This mod provides the full game to experience as if from the beginning of Chaotic's lifecycle. All the original cards are present, along with the original playmats used to play the physical card game.

If you're looking for a place to meet up with other Chaotic fans, there is a forum that is home to a lot of fellow players![chaoticbackup.forumotion.com]

Regarding the Quality of the Cards
I really wish I could have provided high-quality images for cards and the playmat, but sadly there are very few resources available for Chaotic. I could have easily recreated the cards in a higher resolution, however the problem is I would need to recreate every card, meaning looking up stats and finding the original artwork for each individual card. Creatures would be easier, since some of the artists actually uploaded their work on the creatures to DeviantArt, however attacks, mugic, and other cards would be extremely difficult.
For now, my main concern is that it's playable and somewhat readable. I hope you understand. Thank you!

If there are any issues with stats, feel free to post a comment on what cards need correcting. I'll be more than happy to make those corrections! Thank you!

Features
* The full Series 1: Dawn of Perim set of cards.
* A full-size playmat for the players to utilize. Featuring snap points for ease of placement.
* Decks organized by tribe and type for ease of search.
* Mugic tokens to help keep track of creatures' mugic.
* Snap positions on the side panel for placing a token to help keep track of creatures' energy during combat.

How to Play
Full documentation on the game can be found here[www.chaoticgameplus.com]
...or alternatively around other parts of the internet.

Games are strictly locked to two players, with as many spectators as you desire. The rules do allow for varied amounts of creatures on the field depending on the desired length of the game.
The rules support modes for the following amount of creatures on the battlefield:
* 1v1
* 3v3
* 6v6
* 10v10

QUICK START
(Setup)
1. To begin a match, each player choose the desired amount of creatures depending on the type of gamemode agreed on.
2. Battlegear may be selected for each individual creature the player controls.
3. Place the battlegear face down under the creature card, and place the creature card ontop.
4. Then, players must gather 20 attack cards, making sure the sum of all attack values (the number in the upper left of all attack cards) does not exceed 20.
5. Each player then gathers 10 location cards.
6. Players then must make their attack and location decks face down, and shuffle both decks. Both players must then place the decks on the indicated spots on the game board.

(Gameplay)
1. At the beginning of each players' turn, the player must select the top card from their location deck. This is the location at which the players will be fighting if combat is initiated.
2. Players then have the choice of either moving (if any open spaces are available), or attacking (You can only attack adjacent opponent cards).
3. If the attack phase is initiated by a player, the one who goes first is determined by the "Initiative" on the location card. For instance, if the initiative is Power, then the player who has the most power on their attacking creature goes first.
4. Combat is locked to the attacking creature, and the attacker creature. The players will draw 3 attack cards and take turns using attacks, abilities, battlegear, or mugic. Once a player has used an attack card it is returned to the "Attack Discard" pile. Upon completely using up all attack cards, the player takes the Attack Discard pile, shuffles it, and reuses it.
5. Once combat has finished, the losing creature must be sent to the owner's "Discard" pile along with their battlegear. The winner then gets to choose whether they wish to move one adjacent space in any direction or if they wish to stay where they are. The location card is sent to the bottom of the player's pile and then the opposing player begins their turn.
Popular Discussions View All (6)

ZoroTheBold Nov 25 @ 6:34pm
@King Crazy I already made a board that I use with friends with just drawing squares, Its just three boards with 3 spaces in the middle that you can use to get to the other boards, and then just last person standing from there! We've also done a game with another space in the middle and played like king of the hill.

King Crazy  [author] Nov 25 @ 5:43pm
That'd be interesting! I'm not sure how the rules would work, but if you come up with some homebrew rules for doing it, let me know!

ZoroTheBold Nov 11 @ 2:36am
Awesome work! I loved this TCG Growing up. Would you know if you could make the fields seperate so if we wanted to do a 3 person/odd amount of players game?

UnclearStunts Feb 10 @ 11:56pm
Any discord servers where people are actively playing, I wanna get into this card game again?

King Crazy  [author] Dec 27, 2021 @ 12:48pm
Unfortunately that solely depends on your internet connection. It differs for everyone

jtcookie96 Dec 26, 2021 @ 9:55pm
I remember buying a deck years ago but having no one to play with. I recently downloaded this and I was wondering how long I would need to wait for everything to load in?