Store Page
Stellaris >  Workshop > peetey897's Workshop
This item has been removed from the community because it violates Steam Community & Content Guidelines. It is only visible to you. If you believe your item has been removed by mistake, please contact Steam Support.
This item is incompatible with Stellaris. Please see the instructions page for reasons why this item might not work within Stellaris.
Current visibility: Hidden
This item will only be visible to you, admins, and anyone marked as a creator.
Current visibility: Friends-only
This item will only be visible in searches to you, your friends, and admins. 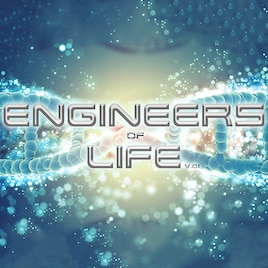 peetey897
Online
See all 208 collections (some may be hidden)

This item has been added to your Subscriptions. Some games will require you to relaunch them before the item will be downloaded.
Description
This is a semi-unofficial update to NukaBoy's excellent Engineers of Life , uploaded with his permission. The original ideas and code are NukaBoy's, I have only made some small balance changes, fixed a couple of bugs and updated the mod to. Detailed notes at the end of the description.

NOTE: This mod has been updated to 3.4. I have uploaded a second legacy/compatibility listing for 3.3.4 HERE which will not be updated further, excepting bug fixes if needed.

Images and most of description also NukaBoy's, used with permission.

Introduction
This mod enables you to fill the galaxy with more life by creating new primitive civilizations or breeding your own space creatures. Please report any bugs or issues you run into in the bugs, issues and compatibility thread below.

A new observation post mission allows you to advance primitive civilizations through their stages of technical development instead of simply enlightening them directly to the space age.

Origin "The Creators"
This origin works similar to the scion origin, but you won't be the vassal of a fallen empire. Instead, the Ancient Caretakers will look up to you, and offer you tribute as well as other benefits over time.

The Bio Engineering Facility
This new megastructure is your home base for building your space creature army. It is unlocked by the technology "Bio Engineering Program", a T3 technology with the prerequisites Cloning, Genome Mapping and Xenobiology.

It has 2 construction stages stages and a monthly upkeep of 15 energy and 25 food, and produces 150 society research as well as adds 30 naval capacity.

The Bio Engineering Facility can only be build around single stars and black holes, not in binary or trinary systems.

Space Amoebas
The space amoeba section includes hatchlings, Mothers, and Amoeba Centenarians. Space Amoebas have no special abilities but they are rather cheap. Centenarians are about as strong as a Battleship.

Tiyanki
The tiyanki section includes Tiyanki Calfs, Tiyanki Cows, Tiyanki Bulls, and the Tiyanki Matriarch. Tiyanki Cows and Bulls each have a special aura. Cows have a healing parasites aura that heals ships in the same fleet and Bulls have a rage pheromones aura that increases fire rate by +10%. The matriarch has both of those auras.

Crystal Entities
The crystal section includes Shardlings, Shards, Crystal Quintessences and Crystal Cores. Crystals are cheaper than most other creatures and only cost minerals and a small amount of rare crystals. The crystal core is a defense only ship that can't travel hyperlanes and needs to use gateways for travel.

Voidspawns
The Voidspawn is one of the stronger leviathans. Its weaponry is based on launcher weapons so it can easily be countered by heavy point defense fleets. It has an empire wide limit of 3.

Dimensional Horror
The dimensional horror, like the crystal core, is a defense only ship that can only travel using gateways and wormholes. It's the second most powerful leviathan and costs dark matter to conjure it. It has a limit of 3 per empire.

Future Plans
I've just taken over this mod and am still getting my head around its code. As of now, my future roadmap includes:

Updated code to game version 3.4.
Improved/edited code behind Custodian Beacon acquisition. It will now take a year or so after the custodians meet you for them to give the beacon, but this method has MASSIVELY improved compatibility with other mods as it no longer needs to overwrite the entire first contact event.
Fixed several issues with ship components.

BaBoFantasy 12 hours ago
Engineers of Life is compatible with BSW 3 when used with compatibility patch .

BatPope Jun 23 @ 10:13am
It is, in my own opinion, A little disappointing that Machine Intelligence can not take "the creators" origin. Why can I not role-play as divine machines that created all sentient life in the galaxy, or an extension of an extra-galactic machine consciousness that came to a barren galaxy millions of years ago to spread life to it for an eventual harvest/culling/etc?
I do on some level get that it may be in place to prevent rogue servitors / driven assimilators from farming easy pops, but that can be done once the tech is researched anyways (that is if they can, I haven't played a MA with this mod installed as of yet.)
Perhaps I'm wrong, and as you are entitled to your own creative vision, you may simply not like the concept that synthetic life is responsible for organic life; I could not possibly know that.
Other than this small gripe, I earnestly think this mod is fantastic, I play with it constantly, just, please let me play god-machines.

BaBoFantasy Jun 23 @ 9:01am
And for the life_seeder_colonizer, you made all the namelists for the new ship class. That was inevitable before, but for now, there is a new preference named use_shipnames_from.
If you look at the ship_size files for the offspring ships - 21_overlord.txt - you may understand what I mean. You can remove all the namelist files and all the combined compatibility issues.
I wish my advice can help your great works.

BaBoFantasy Jun 23 @ 8:52am
I am working on the comp patch with my mod, and IMHO it looks like you omitted some components in weapon_components.csv.

Kalawaki Jun 21 @ 10:26pm
Skydragons lose the ability to fire their weapons with this mod active.