Store Page
Hearts of Iron IV>  Workshop > ZenFlakes56's Workshop
This item has been removed from the community because it violates Steam Community & Content Guidelines. It is only visible to you. If you believe your item has been removed by mistake, please contact Steam Support.
This item is incompatible with Hearts of Iron IV. Please see the instructions page for reasons why this item might not work within Hearts of Iron IV.
Current visibility: Hidden
This item will only be visible to you, admins, and anyone marked as a creator.
Current visibility: Friends-only
This item will only be visible in searches to you, your friends, and admins. 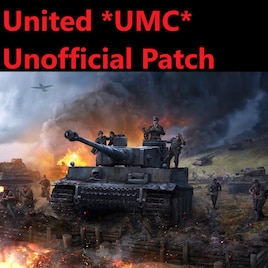 ZenFlakes56
Online
See all 3 collections (some may be hidden)

This item has been added to your Subscriptions. Some games will require you to relaunch them before the item will be downloaded.
Description
With how the title sounds you probably expecting a big mod here. But I can say it only fixes a few things.

These are minor fixes but were pretty annoying. This mod will most likely be removed when UMC is updated at the end of May and these are *Hopefully* fixed.

Any other bugs? Put them in the comments and I can try to fix them.

THIS REQUIRES ALL THE DLC THAT UUMC NEEDS AND UUMC

Fixed the Japanese theorists not appearing.

Fixed one of the states in One People under the Rising Sun Flag from being a state in France to the proper Korean state.

Fixed the form Greater Germany Reich decision to only be selectable once.

Fixed the Fortify Shanghai focus to include Shanghai in the requirements and the state to which the forts are added.

Fixed Siam getting a state in Czechia during an event.
< >
5 Comments

Foxtrot - Harvey 20 hours ago
Thanks you for your mod, can you try to resolve some bugs (Leaders with Mittle Africa for example) and maybe if you can the French Capitulation thing.

LazyJP May 13 @ 7:30pm
Incredible job friend, very happy to see someone caring for the japanese side of this mod

Whitehawk May 12 @ 4:06pm
This comment is awaiting analysis by our automated content check system. It will be temporarily hidden until we verify that it does not contain harmful content (e.g. links to websites that attempt to steal information).

RainOfPain125 May 10 @ 8:17pm
sadly doesn't work for me, even when disabling all other mods besides UMC