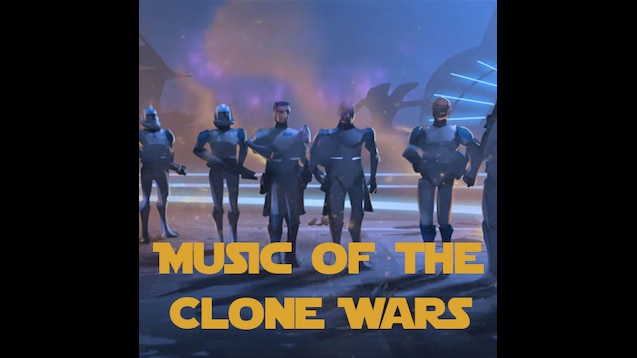 This collection of music will not conflict with any mods. At worst, some tracks may not show up because they already exist in another mod being used. This has been observed with this pack and LOTOR in testing.

Special thanks to SolarRider for allowing me to use some tracks from his "More Star Wars Music" mod. However, the biggest credits must be given to Jeremy Soule, Kevin Kiner, Jesse Harlin, and of course John Williams for their scores for The Phantom Menace, Attack of the Clones, Revenge of the Sith, The Clone Wars, Bounty Hunter, and Republic Commando.

Additionally, credit must be given to FilmScoreMedia on YouTube for posting reconstructed, cleaned up, and unreleased tracks from the prequels and giving permission to use them in this mod.
< >
3 Comments

Jimmy.Firecracker May 10 @ 9:14am
Time to play genetic ascendant once more, my clones will blot out the sun

CyrusWindstrider May 9 @ 10:14pm
We shall watch your career with great interest.
< >