Store Page
Stellaris >  Workshop > Emptyside's Workshop
This item has been removed from the community because it violates Steam Community & Content Guidelines. It is only visible to you. If you believe your item has been removed by mistake, please contact Steam Support.
This item is incompatible with Stellaris. Please see the instructions page for reasons why this item might not work within Stellaris.
Current visibility: Hidden
This item will only be visible to you, admins, and anyone marked as a creator.
Current visibility: Friends-only
This item will only be visible in searches to you, your friends, and admins. 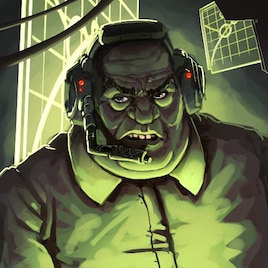 Emptyside
Offline
See all 322 collections (some may be hidden)

This item has been added to your Subscriptions. Some games will require you to relaunch them before the item will be downloaded.
Description
"That guy in Mission Control, he really has a cozy job!"
— The Dwarves

Deep Rock Galactic is developed by Ghost Ship Games.
I am just a mere fan that enjoys both games.
You can join Miner jobs here: https://store.steampowered.com/app/548430/Deep_Rock_Galactic/

and also check out this mod too! I am uploading this advisor mod because I was inspired by this flag mod! Rock and Stone!

sewnutty Jun 22 @ 7:45pm
Considering i made a Deep Rock Galactic nation (fanatic purifier/mining guilds...apocalypse origin) i will recommend this mod to friends.

Tabby3456 Jun 18 @ 10:38pm
*Makes a massive federation alliance*
"You cannot bring barrels with you on missions but I applaued your efforts"
what do these aliens drink XD

Emptyside  [author] Jun 5 @ 6:03pm
@snowleopard7 If you want to see the closed caption in the showcase video, there is an auto caption has surprisingly high in quality (by the way, Video is outdated. I will update video Soon™.) but if you talk about the in-game setting, as far I am aware of, there is none. I hope that feature in the vanilla too but sadly that isn't.

snowleopard7 Jun 5 @ 10:59am
So cool but do we have subtitle or caption setting for deaf players?
< >