Store Page
Stellaris>  Workshop > Vauthil's Workshop
This item has been removed from the community because it violates Steam Community & Content Guidelines. It is only visible to you. If you believe your item has been removed by mistake, please contact Steam Support.
This item is incompatible with Stellaris. Please see the instructions page for reasons why this item might not work within Stellaris.
Current visibility: Hidden
This item will only be visible to you, admins, and anyone marked as a creator.
Current visibility: Friends-only
This item will only be visible in searches to you, your friends, and admins. 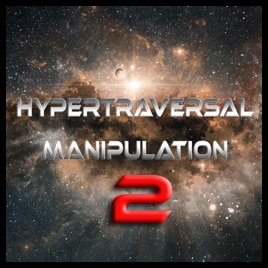 Vauthil
Online
See all 62 collections (some may be hidden)
You need DLC to use this item.

This item has been added to your Subscriptions. Some games will require you to relaunch them before the item will be downloaded.
Description
Why expand your space when you can extend it?

What it does
Hypertraversal Manipulation provides tools for Stellaris empires to add new systems to the galaxy map. This provides a new avenue for extension rather than expansion of an empire. This is useful for conflict-averse pacifists, insulated isolationists, and those who are just fishing for that one star system they can build that one megastructure in instead of mangling existing system infrastructure to fit it in.

How it works
Hypertraversal Manipulation introduces the Hyperspace Augur, a special ship that performs calculations on a star and then expends energy to modify the local hyperspace network. This function can be performed on any star anywhere, so you aren't limited to your own space when using the Augur, but it is relatively fragile and can be easily destroyed if used in hostile territory without cover.

How it advances
There are six new Physics technologies that cover the full scope of the Augur's current capabilities:
All of these technologies are marked as rare or dangerous, but become likely to show up when you've completed the Discovery traditions, chosen Technological Ascendancy, and/or have a Physics researcher with Maniacal, Spark of Genius, Particle Expertise and/or Field Manipulation Expertise traits.

What it changes
Because of how this mod works, there is one change to vanilla Stellaris functionality needed: the message when a Star-Eater destroys a system now is changed to a more generic message that a stellar-scale alteration has occured, which it shares with the Hyperspace Augur. This is because when Paradox introduced the Star-Eater in Nemesis they made the message of star destruction contingent on firing any type of world-cracker at a star, not just the Star-Eater's weapon. Because messages are one of the things that have limited support for extension/modification, the best I could do is override the localization text.
Popular Discussions View All (2)

Willem Jan 17 @ 5:14pm
Xenophobe Fallen Empire: Haha, let's put several important or valuable systems around us and let no one colonize them or build outposts because we're Dicks that do not want Neighbours"
Me: *Researches Hyperspace Truncator* Okay *Severs all Border Systems from the Fallen Empire by deleting Hyperlanes then colonizes them*
Xenophobe Fallen Empire: Wait... Oh *Error: Translation Failure* Off!

The Trolling potential of this thing is off the charts.

Scyobi_Empire Jan 16 @ 1:33am
Time to make a very large L-Cluster and expand that EHOF Cluster I stole from an AI

I am generally leery of making guarantees when it comes to meddling with mods mid-game, but it should be okay to add as there's nothing that initializes at game creation or anything like that going on. At its heart all this adds is a handful of technologies, a ship type with a custom weapon type, and a list of things that the game already knows how to do when that weapon is fired at a star.

The AI doesn't use these and is told to not bother with picking up the research or build any if it somehow gets it anyway. "Challenging" AIs get so pumped with resources they'd find no use in the system creation, and hyperlane alteration stuff really needs a specific drive/purpose (like how Gigastructures Blokkats add hyperlanes because they want to reach everywhere) that would need more lines of script put into setting up than the entire mod has now and that I wouldn't be the person to write anyway.

msacalito3 Jan 12 @ 6:43am
Hello, this mod looks very interesting. However, i have a few questions. Can this mod be added in the middle of an existing game? Also, can the AI use it? Thank you!

rodorons Jan 11 @ 2:42am
Wow, looks really interesting. Thanks for your work!

Nickster Jan 10 @ 9:14am
I tried this and was so confused at what did what.
My brain to small for manipulating space time.

severe corn addiction Jan 9 @ 1:07am
now i can create the tallest empire known to man

Vauthil  [author] Jan 8 @ 8:38am
2.3.1 Small Tweaks Update is live. For those of a more obsessive bent, the buttons should be better aligned now for appearance when not in a menu with the scrollbar present. The Connector's available system cap has been raised to 36 for better support for Huge+ galaxies and the Truncator can now handle systems with up to 20 connections.

Screenshots have been updated with examples of the better aligned button versions. I knew I kept that save for a reason.

I'm going to let this sit and collect ideas and thoughts for a bit (barring something game-breaking that needs an immediate fix). Planned up next is a seventh technology that will add Isolation (cut all hyperlanes) to the list of Truncator options. This is set to require the Truncator + Jump Drives technologies.
< >