Store Page
Stellaris>  Workshop > idm's Workshop
This item has been removed from the community because it violates Steam Community & Content Guidelines. It is only visible to you. If you believe your item has been removed by mistake, please contact Steam Support.
This item is incompatible with Stellaris. Please see the instructions page for reasons why this item might not work within Stellaris.
Current visibility: Hidden
This item will only be visible to you, admins, and anyone marked as a creator.
Current visibility: Friends-only
This item will only be visible in searches to you, your friends, and admins. 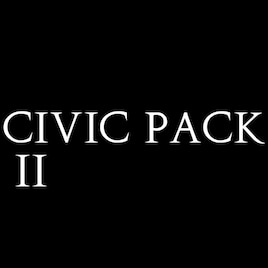 idm
Offline
See all 109 collections (some may be hidden)
You need DLC to use this item.

Compatible with 3.3.* but should work regardless of version as this makes no direct changes to the base game, only to files added by this mod.

Mod Features
The aim of these mods is to provide several interesting and high quality civics as though added by official DLC or free updates. This release in particular continues to flesh out Corporations while at the same time adding new options for standard empires.

Permissions
All of my mods are completely free to use. You can patch, edit, fork, or change anything that you like. You don't have to ask me for permission.

Private Organization
This society consists of an organized group bound by a single purpose, headed by an ambitious leader.

Corporate Directorate
This society is dominated by several super-corporations and is partly governed by a planet-wide entity that regulates trade and mediates international, interstellar, and inter-corporate disputes.

Rite of Passage
When a member of this society reaches puberty they must undergo many lengthy and often bloody trials. They must prove themselves, or die trying. This way only the strongest enter society.

Catchy Slogans
This Megacorporation leads a society dominated by captivating slogans and phrases. Addictive jingles are also commonplace and heard everywhere, like when you flush your toilet provided to you by MegaCorp. There is no escape from this promotional utopia.

Budget Manufacturer
This Megacorporation is specialized in producing extremely cheap consumer goods which it then floods the market with, creating a monopoly situation by driving out any competition.

Megabank
This Megacorporation consists of a single domineering financial institution that shapes every aspect of life.

Mercenary Contractors
This Megacorporation specializes in the auction of hired soldiers, even going as far as shipping these to distant worlds if the money is right.

Synergetic
Every employee of this Megacorporation owns a proportional share which ensures that even the lowliest clerk has a vested personal interest in corporate success.

See screenshots for further gameplay details.
The required DLC are not necessary for the mod to work; only to access all of the content.
< >
13 Comments

AlienFromBeyond Sep 27, 2021 @ 5:22pm
Also, I lose the Megabank and Catchy Slogan civics upon taking the throne as ImperiCorp of the Galactic Imperium despite having the Corporate Sovereign unique civic that should let you still have megacorp civics despite changing to Imperial authority. Guessing these two civics are missing the conditional that got added to all megacorp civics with the Nemesis patch, and possibly all the others as well (maybe even in your other civic pack?).

AlienFromBeyond Sep 23, 2021 @ 10:19pm
The Big Bank doesn't really make much sense as a corporate building. When on your own worlds it's just fine, but in a branch office it gives an enormous amount of energy credits to the other empire for a measly 8 unity while still costing 6 upkeep. It's a far worse ratio than the Public Relations Firm which also gives better (for you) clerk jobs, as branch office value is based entirely on the trade value total of the planet, and bankers give energy not trade.

Uber Aug 28, 2021 @ 1:04pm
Are there any plans to make hive mind/machine intelligence civics sometime in the future?

Error at line: 8 column: 1 file: interface\cpb.gfx.
Please report this error to the author of the mod: Civic Pack II.

Error in interface\cpb.gfx: Ln: 8 Col: 1
Note: The error occurred at the end of the input stream.
Expecting: closing brace or statement
Other error messages:
The clause opened at ("interface\\cpb.gfx", Ln: 1, Col: 15) was not closed.

Chris_b Aug 18, 2021 @ 1:49am
Can you add a Mercenary army available to those with the Mercenary Contractors Civic? Maybe link it to the Merc HQ so other empires can build merc armies of the player species at a high cost.

The Real Zizmon Aug 15, 2021 @ 5:09am
A fix I'd recommend is to make it so that the building provides a static reduced amount of stability, while also providing more jobs than any building normally would (6-8?). It'd make it basically a cheap job that you can spam. Of course, industrial districts would outscale this building, but at least it'd be better in the early game. Since it's a civic you could always swap out of it.
< >