Store Page
Hearts of Iron IV>  Workshop > Aurora's Workshop
This item has been removed from the community because it violates Steam Community & Content Guidelines. It is only visible to you. If you believe your item has been removed by mistake, please contact Steam Support.
This item is incompatible with Hearts of Iron IV. Please see the instructions page for reasons why this item might not work within Hearts of Iron IV.
Current visibility: Hidden
This item will only be visible to you, admins, and anyone marked as a creator.
Current visibility: Friends-only
This item will only be visible in searches to you, your friends, and admins. 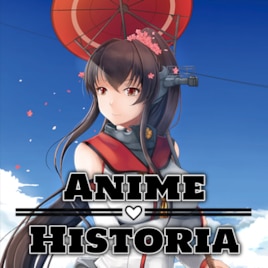 Starguard
Offline
See all 35 collections (some may be hidden)

This item has been added to your Subscriptions. Some games will require you to relaunch them before the item will be downloaded.
Description
The first ever anime immersion mod for Hearts of Iron IV is here!

In honour of Anime no Sekai's first year anniversary, we have released a special name-changer mod consisting of special historical portraits for the starting leaders!

The mod features everything that previous Star Empire mods had been built on, ranging for qualitative anime portraits, anime event pictures, division voice lines, and so on.

It is truly accomplishment for us to release the first ever anime immersion mod for Hearts of Iron IV, which features anime portrits that were made to mimic the historical ones featured in-game!

Amongst the large collection of anime mods on the workshop, both large and small, we have been, still are, and will be committed to bringing you the best anime content for Hearts of Iron IV.

Be sure to check out Anime Historia's sister mod as well: Starguard's World of Anime

We have a friendly Discord[discord.gg] community where you can chat with the developers of this mod! You can also get a more direct response there if you have any more questions not yet answered below and meet many other players who love our mods!

Check out our full mod collection!

Welcome to Anime Historia 1.0! Seeing this, you are one of the mod's earliest players! Thank you for your support!

> Special commissioned portraits for the starting leaders of the seven main countries! This is a historic first in anime modding and not seen anywhere else!
> Portraits for all countries!
> Immersive portrait selection. Our high beauty standards are also made to be compatible with consistency and historical immersion.
> Named anime characters, you can now fantasize about your favorite waifu winning the Second World War!
> A very familiar main theme made by the talented Pipevanes. A separate music mod can be found here!
> More than 18 wallpapers which conform to the portraits selected for the mod itself.
> A historic Hearts of Iron IV milestone and something exclusive to Star Empire mods for now...Focus Tree Backgrounds!
> Custom animefied event pictures.
> Custom animefied report pictures.
> Some custom UI, with more coming up as the mod expands.
> Custom voices for several countries, with more coming up!

Using DLCs are recommended but we also added more waifus in certain countries in place of generics!

Use other mods at your own risk!

Current Focus
Our current work focus is to find any bugs, missing portraits, and names we may have missed during the early stages of development.

What is the difference between this mod, Anime no Sekai, and Starguard's World of Anime?
This mod features name changes and historical-style portraits closely replicating vanilla's while World of Anime features the same minus the historical-style portraits, perfect for those who want a more diverse registry of portraits. Anime no Sekai on the other hand, has no name-changes and is thus Ironman and MP compatible.

Is this mod compatible for multiplayer?
No sadly. All friends have to have it on when playing MP. In addition to that, we are not Ironman compatible due to the name changes. Check out Anime Historia's Ironman sibling though!

Is this mod save game compatible?
Yes but if loading in from an old save game, the portrait names will be that of the original leader but the portrait itself will change to it's anime counterpart.

What if HOI4 gets updated?
We'll get to work as soon as possible and roll out updates.

When 'till the next update?
When it's ready. We make sure they are in a finished state first.

Will there be animated portraits?
Is this even trendy anymore?

I have discovered a bug/missing portrait/missing name/etc.!
Check on our Discord and submit your issue to the questions and requests section or just lodge it in the comments below.

Can I help?
You can help us by giving feedback and suggestions. Do so in our Discord.

Again here's the server link if you didn't pick it up in the beginning: https://discord.gg/hH5Spbd

Do note that we cannot address any issues related to pirated copies of Hearts of Iron IV.

...and all the other artists who made this mod (and pretty much other anime mods) possible!

Note: You are not allowed to use the special portraits for your own mod. As for the others, best notify me beforehand if you are using the portraits I processed and at least link my mod.
Popular Discussions View All (2)

The_WindTalker 7 hours ago
this one is still working though

EmuBanana196 Oct 16 @ 10:11pm
when you have the chance, can you give us an exzact date on the release of the updates? as i would really love to try out this mods. i have used some before and i have highe expectations for it! good luck, and be safe during Covid!

The new Battle for the Bosphorus update is coming out! Here is the comprehensive plan and stages that I'd like to disclose so you all know what to expect!

- Anime no Sekai takes priority and will be updated to the new version alongside new portraits to the new leaders! The update to anything else (e.g. event pictures) will come later. ETA an hour or two after 1.10's release.
- Starguard's World of Anime and Anime Historia will receive basic updates in the weekend with a comprehensive overhaul of the history. decisions, event, and other files to come next week.
- And then the rest will have a compatibility update to 1.10 I guess.