Store Page
Stellaris>  Workshop > Scradegn's Workshop
This item has been removed from the community because it violates Steam Community & Content Guidelines. It is only visible to you. If you believe your item has been removed by mistake, please contact Steam Support.
This item is incompatible with Stellaris. Please see the instructions page for reasons why this item might not work within Stellaris.
Current visibility: Hidden
This item will only be visible to you, admins, and anyone marked as a creator.
Current visibility: Friends-only
This item will only be visible in searches to you, your friends, and admins. 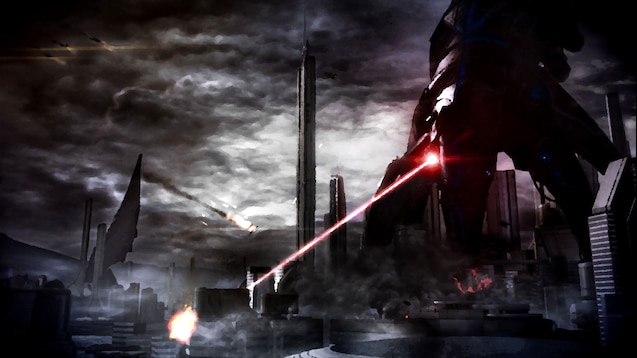 Scradegn
Last Online
See all 7 collections (some may be hidden)

This item has been added to your Subscriptions. Some games will require you to relaunch them before the item will be downloaded.
Description
REQUIRES - Overpowered Civics by Edcrab - https://steamcommunity.com/workshop/filedetails/?id=1351653132

Adds a reaper AI personality based off the reapers from mass effect. It also adds some custom reaper weaponry for use in the game. The firing sounds of said reaper weapons are from Reaper Lasers by Sethfire I just added distance and hit sound effects along with separate weapons for them. If you ENJOY this MOD then, please go and give a LIKE to SETHFIRE'S various REAPER BASED MODS.

To trigger custom AI personality give it the Godmachine Civic

The AI has a high shield preference and medium armor preference. Its weapon preference is kinetic sense all of the mass effect's weapons were railgun based. Yes, even the reapers used a railgun based weapon. This weapon used the principles of magnetohydrodynamics. That red laser you saw the reapers using was basically a kinetic weapon and advance one at that. This AI has high aggression obviously but is also set up to build a massive fleet within a few hours of the game. The AI will always keep borders closed and will attack neutrals. Essentially the worst neighbor you could have in-game.

Scradegn  [author] Nov 17, 2019 @ 7:40am
FYI- this mod along with my other mods still work with 2.5.1 I haven't updated any of them yet because of upcoming federations and because I'm enjoying mhw iceborne a little too much.

Scradegn  [author] Nov 17, 2019 @ 7:37am
@Zionus5 Giga Cannon Tech because I was scared of A.I. getting rhanix cannons too early and demolishing your fleets before you had time to build any form of defense against rhanix cannons.

Scradegn  [author] Aug 30, 2019 @ 2:04pm
@Crazy Old Texan - If you build it, they will come lol! Anyway its fine if only a few subscribe to this mod. I made this mostly for me and decided to share my modding addiction.