Store Page
Cities: Skylines>  Workshop > Raccoon's Workshop
This item has been removed from the community because it violates Steam Community & Content Guidelines. It is only visible to you. If you believe your item has been removed by mistake, please contact Steam Support.
This item is incompatible with Cities: Skylines. Please see the instructions page for reasons why this item might not work within Cities: Skylines.
Current visibility: Hidden
This item will only be visible to you, admins, and anyone marked as a creator.
Current visibility: Friends-only
This item will only be visible in searches to you, your friends, and admins. 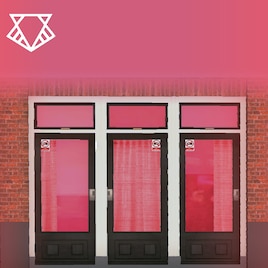 This item has been added to your Subscriptions. Some games will require you to relaunch them before the item will be downloaded.
In 1 collection by Raccoon
The Shops


Information:
The color red has been attributed back to prostitution for over thousands of years. The lights were thought to be "sensual". During WWI, many brothels in Belgium and France used blue lights to indicate brothels for officers and red lights for other ranks.
Red light district is an area where prostitution is quite widespread. Today, the town with the most prominent red light district is Amsterdam, where prostitution is legal. Most of Europe, in fact, has legalized prostitution and it is government regulated. In these places, you will see fluorescent lights which indicate the area.

alencah Sep 22, 2019 @ 12:01pm
Leendert, you gotta use three mods: Plop the growables, Move it e Find it. With Find it, select a medium-sized building. Plop it (plop the growables will do it automatically if on). Open Find it again, select this asset. Plop it in the same place as the previous building. Use Move it to make it look realistic.