Store Page
Stellaris>  Workshop > Reiseafa's Workshop
This item has been removed from the community because it violates Steam Community & Content Guidelines. It is only visible to you. If you believe your item has been removed by mistake, please contact Steam Support.
This item is incompatible with Stellaris. Please see the instructions page for reasons why this item might not work within Stellaris.
Current visibility: Hidden
This item will only be visible to you, admins, and anyone marked as a creator.
Current visibility: Friends-only
This item will only be visible in searches to you, your friends, and admins. 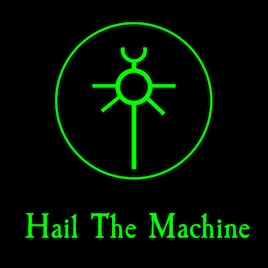 Reiseafa
Offline
See all 337 collections (some may be hidden)

This item has been added to your Subscriptions. Some games will require you to relaunch them before the item will be downloaded.
Description
Important
1. Stellaris sometimes carries over Mod files even after player deactive the Mod. Try the "Clear user directory button" in the launcher if having issues.
2. 2.1 doesn't seem to change anything relatied to shipsets. I will not update this mod unless there's issue needs to be fixed or I want to update something.

stories are mainly shown through the perspective of Imperial caky
which rised after the only bread left on the table; The Easter Breads nearly wiped themselves out from the table
The Great-princess of france saved the people by letting them eat the Imperial caky she invented

the joyful meal Waghdonald
a chow that made by slapping ingredients together and seasoning it with ketchup, which only wants to spread salt all over the table
barbaric but incredibly tasty


About the Apocalypse update
I didn't want to make Dirge because it's just another Croissant but smaller
but Necron only got 5 Warships, left me no choice
If BFGA2 make some good design for both classes or even new ship, I will remake both models based on their design
unfortunately, before that those don't plan to buy Apocalypse will have two Croissants and no Cairn for them

jtexasboyz Jun 27 @ 3:38pm
I'll take up that offer and give full credit to you. Redoing a war hammer mod.

Reiseafa  [author] May 14 @ 5:03am
@floppie slotter
You can do what ever you want as long as you give credit to what I made.

floppie slotter May 13 @ 9:03pm
Hello, i am making a Necron civ mod and i was wondering if i could use your ships as a base model for it. I will give credit on my workshop page when it is finished.

Railgunner2160 Apr 3 @ 3:19pm
I do hope that Reiseafa will at least come back and update his shipsets with the Juggernaut...

Chotek Mar 23 @ 9:40am
Is there anyone who can update the designs? The ships are very tiny and i think the ships have to look more like the ships from Battlefleet Gothic Armada...