Greenlight > Games > marcavis's Workshop > Frogatto & Friends > Announcements
Greenlight is being retired. For more information on how to submit games to steam, refer to this blog post.
This item has been removed from the community because it violates Steam Community & Content Guidelines. It is only visible to you. If you believe your item has been removed by mistake, please contact Steam Support.
This item is incompatible with Greenlight. Please see the instructions page for reasons why this item might not work within Greenlight.
Current visibility: Hidden
This item will only be visible to you, admins, and anyone marked as a creator.
Current visibility: Friends-only
This item will only be visible in searches to you, your friends, and admins.
Frogatto & Friends
Description Discussions13 Announcements12 Comments719 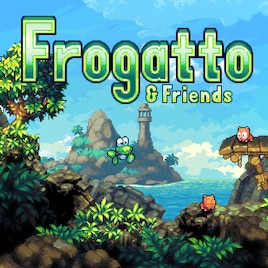 With one notable exception, the last few weeks have been a lot of odds-and-ends; the less exciting bucketload of piecemeal feature completion that leads to working software. (Added a few objects, fixed some bugs, made some other objects work right, etc...)

The big item, though, is something we can fortunately show off here in its partly-complete state; most of the art for this is done-ish, and most of the code is a little over halfways there (the difficult parts have been broken down, but there's still a lot of tedious busywork left to eat up time.

We're working on a multi-pane inventory/etc screen that pauses the game when it comes up. (If this doesn't make sense, think along the lines of the 2d "zelda" titles).

This will be broken into multiple, modular panes - basically, we'll be able to make the different parts of this into items you acquire in the game (for example, there will be a magic 'automap' you can get to see the layout of the current level - you'll actually 'get' this as a quest reward, rather than having it from the get-go). Another nice side-effect of this is that if we have additional ideas in the future (or really - as we get the work done) we can slot in whole new panes as we go. We're planning to have a bestiary that lists out all the different creatures you've encountered, and their different vulnerabilities/strengths.

Here's a shot of what the core screen looks like: 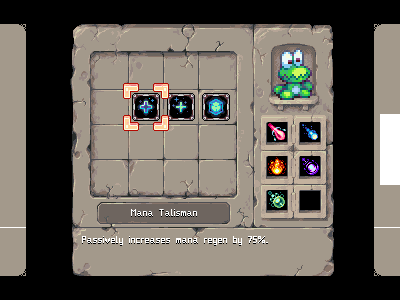 And here's what the background for the map will look like (we don't have any of the overlay drawn on this yet). 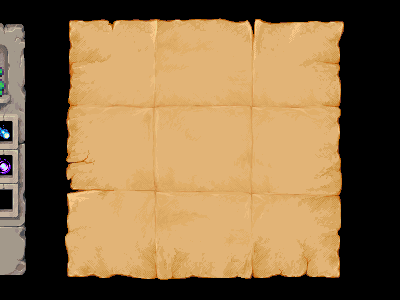