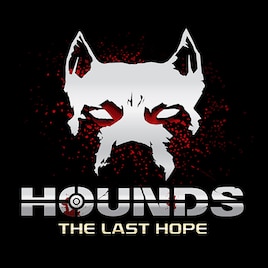 We made it! Woohoo!

Yesterday evening, we have received the following mail "Congratulations, Hounds: The Last Hope has been Greenlit!" We are so happy right now.

Currently, we are preparing for Open Beta launch today at 11.00 GMT.

If you haven't participated our Closed Beta, now it's the time.

Register at http://www.houndsonline.com and Play For Free!

We’ll keep you updated for the next step and release of Hounds: The Last Hope on Steam.

Thanks for your great support and positive feedback.

Thanks to everyone who had participated in Closed Beta!


While we are working on OBT preperations. If you had chance to play Hounds: The Last Hope during CBT, please check the survey below and share your comments with us. With your help, Hounds will be a much better game.

Leer más
Descripción
Fecha de lanzamiento: 17.04.2015
About This Game
Hounds: The Last Hope is a story based, free to play MMO Role Playing Shooter presented in third-person perspective. The World is in ruins. Wickbroke forces caught the whole world off guard and started the apocalypse for humankind. Cities fell one by one. Only a handful of places stand still. The human resistance forces formed under two military organizations: AAC and CFA. As a part of an elite soldier team in AAC, you fight alongside your brothers and sisters against the overwhelming Wickbroke invaders.
The future of mankind is up to you Soldier. Join Hounds!

javierucu 5 FEB 2016 a las 0:29
hi, i think Hounds looks fantastic. I love horror, hehe. Now i´m finishing the soundtrack in other game and it would be great to work beside such a promising team. I think my music could fit well in your project. You could listen here: https://www.youtube.com/watch?v=pA7fQzZ9gUU What do you think? my email is: cga.sound@gmail.com Thank you. Good Job.