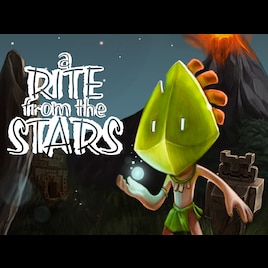 Ver A Rite from the Stars en la tienda

Thanks a lot, pals!

A Rite from the Stars is officially a part of the Steam Family. So our dream is even closer now. From now on, we will work even harder to finish the game!

Thanks a lot for believing in us. You have made this possible.

Leer más
A Rite from the Stars have been succesfully funded!
5 de septiembre de 2014 - Abra

A Rite from the Stars is closer to completition. We have reached 40k$ in Kickstarter, so we can work faster now.

Now to finish with Greenlight!

You can check our last hours' campaign here: https://www.kickstarter.com/projects/risingoat/a-rite-from-the-stars-a-3d-graphic-adventure

Leer más
Descripción
A Rite from the Stars is a 3D point & click graphic adventure set in a paradisiacal yet dangerous environment... The Mystical Island of Kaikala.

Kirm, a mute kid from the Makoa Tribe, must overcome a rite of passage to leave his childhood behind. However, it will not be so simple. He has been chosen by the Stars to become a legend among his peers. His rite will not be an ordinary nor an easy one. In order to complete it, he will have to master three paths...

Wisdom
Wisdom is, of course, about the mind. Kirm will have to think sharp to go through an Ancient Temple full of traps. To create the temple, we have made contact with an archeologist in order to make an architecture based on ancient civilizations. From South American to Eastern cultures. In this path, Kirm will be able to pick up items and carry them within each temple room. However, there is no inventory, so he will only be able to carry one at a time.

Courage
Courage is about the will. Kirm will have to get deep into Kaikala's jungle to reach The Beast's Cave, where his destiny awaits. A dangerous destiny... However, he will not be alone in this path. Based on several totemic and tribal cultures, we have introduced the Power Animal or Totemic Animal concept to the game. Every Makoa has a deep bond with an animal from the island. With a meerkat to be precise. They are kindred spirits. The player will be able to control both characters at the same time (one button of the mouse for each), but he must be careful because their bond is so deep that the death of one means the death of the other.

Spirit
Spirit is about the soul and its unknown ways. After some point, Kirm will be able to enter into the Spirit World, a twisted version of reality, where physical and logical laws are not the same. Just by pressing the right button, the surrounding world will change: rocks may start talking, even singing, and every corner can hide a danger. He will have to use this ability to his advantage and reach the highest place on the Island: The Volcano´s Crater. Once there, he will must seek a revelation from the heavens.

Thanks for your time! We hope you like our game!
Risin' Goat
(a company fomed by eight people and a goat)
Discusiones populares Ver todo (1)