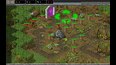 After years i found some time to finish a larger part of the singleplayer campaign in an early status, but it is very well playable with much content.

You can grab the game for free on itch.io, i am happy for any feedback.

New playable prototype now available, you can play a demo of the game now! It is a large level with increased difficulty and already a lot of towers and upgrades.

Let me now what you think of it.

Weiterlesen
Beschreibung
Build&Battle is a turn based tower defense game that plays like a rts:

You basically play Build&Battle like a rts with focus on the tower defense aspect and the obvious difference that it isn't realtime, but turn based.

Build your base, gather and manage resources and train units to defend the portal to your home world. Vicious creatures try to get through the portal, attracted by the magic it emits.
Plan your steps carefully, place towers to change the enemy’s path to the portal and repel their attacks.
With each level solved you progress on the world map in a non-linear way and unlock new technology to build better towers and gather advanced resources.

The game’s current state of development is between alpha and beta. The main gameplay mechanics are done by about 70% (you can build, gather resources and fight), but the content creation needs more attention.

What else is planned:
- 5 large areas on a world map (Swamp, Dead Forest, Necropolis, Desert, Demon World)
- Story campaign
- Magic orbs that can be added to towers in order to enhance their power and individualize your defense strategy
- Mac and linux release

Most of the graphics are still work in progress and i am currently very busy to completely overwork the gui and prepare a kickstarter campaign to push the size of the game way further! I want to create a really exciting game that starts out as an easy tower defense and becomes a complex strategy game with lots and lots of hours to play.
Beliebte Diskussionen Alle anzeigen (4)

What defines a great tower defense for you?
Bolanzarts

The_Ladies_Man 29. Apr. 2015 um 19:33
When might this be available in the full version? I'm sure you're working very hard but i have noticed less and less news from you and i'd be really exctied to see a full version and play it.