Greenlight > Games > PixelFoundry's Workshop
Greenlight is being retired. For more information on how to submit games to steam, refer to this blog post.
This item has been removed from the community because it violates Steam Community & Content Guidelines. It is only visible to you. If you believe your item has been removed by mistake, please contact Steam Support.
This item is incompatible with Greenlight. Please see the instructions page for reasons why this item might not work within Greenlight.
Current visibility: Hidden
This item will only be visible to you, admins, and anyone marked as a creator.
Current visibility: Friends-only
This item will only be visible in searches to you, your friends, and admins.
Blackspace
Description Discussions23 Announcements2 Comments1204 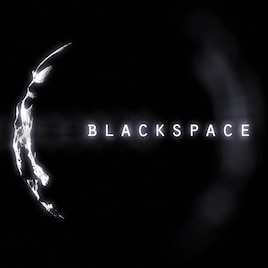 PixelFoundry
Offline
See all 285 collections (some may be hidden)
Recent Announcements View All (2)
The reports of my death have been greatly exaggerated. - Mark Twain
January 11, 2014 - PixelFoundry

Huh? Oh, hi! I didn’t see you there. What? Where are we? Good question. Well ever since the Kickstarter fell through we were frantically exploring other options in an effort to get this game made in a timely manner. Finally we decided we needed to get Jobs since no one was piling money at our front door…I checked every day. PixelFoundry communication has been down due to our contracts with our places of employment.

If you checked our website we did manage to eek something out about it. Between you and me, we have made progress with the game on the side albeit much more slowly. We’ll talk about it in the near future. Full time jobs will slow you down a bit, especially in this industry.

So why the communication now? We have a bit more latitude now due to some recent job changes by our group. We love this game and have poured years of work into it, we are not going to abandon it. Hopefully no one is mad but if you are, tough, we need money to live just like you. Kidding... Sort of. I’m extremely gratified that you all have not forgotten about our little game, there’s tons of chaff out there and it’s easy for something like this to get lost in the overgrowth. Now that were free of a few shackles we can start communicating a bit more. Hopefully you guys are interested enough to come along on this slow and bumpy ride.

Read More
Thanks for the GreenLight!
November 30, 2012 - PixelFoundry

You all are awesome! Thanks for voting for Blackspace and getting it GreenLit!

Beyond the threshold of manned space travel is the void known as Blackspace. On this fringe, a territorial dispute has escalated to the brink of war. A cluster of extremely dense asteroids concealing enormous quantities of rare elements hang at the edge of the solar system. You lead your crews across these asteroids, extracting minerals, fulfilling contracts, and establishing bases. Piloting your powerful mining vehicle, take command of base operations, reshape the terrain, advance your technology, upgrade buildings, and hone base efficiency. Spread your bases across the asteroids, destroy the enemies, and harvest their carcasses to fuel your progress.

Can YOU survive at the edge of Blackspace? Defend yourself!

"Blackspace stands out from the bunch thanks to it’s wonderfully clean visuals and attractive design, but further distinguishes itself as you learn more about the game." - Greenlit Gaming

"If what you saw there isn't making you practically vibrate with excitement then you obviously have no soul." - IndieGameMag

Destructible everything. Pretty much anything can be destroyed and harvested. The entire ground can be demolished down to the super dense core. Old wreckage, derelict mining bases, even your own demolished structures break apart and can be reclaimed.

Discovery. We're adding the element of discovery to an RTS, not just through fog of war, but with the terrain itself. The terrain is a blanket covering resources, and technology. It becomes truly exciting to see that blip on your depth sensor indicating something beneath the surface. Anticipation of the dig, wondering what type of resource and the value it will have, and finally uncovering and extracting it. We want the resource discovery aspect to become a very gratifying and entertaining experience.

Geological strategy. A base can be built anywhere the ground is level enough, but dirt is weaker than rock. The type and amount of resistance you are likely to face may change your decision to build right next to that element deposit in favor of building on more stable surfaces, then relying on your ability to defend resource transportation to your base. Additionally, there will be strategy in enemy routing. Ground traversing enemies will try to find the easiest path to their destination. A few well placed explosives could change their route significantly.

Physics. Use physics to crush your enemies, smash them into one another or into the ground...or...if you're feeling primitive, drop a big rock on them. You can even test your trajectory skills and try to send them into orbit. The physics of the world are not only fun, they add a new dimension to what's possible in an action RTS.

Customize. Your ship is customized to your play style. It has many different load-outs and upgrades that can be equipped, swapped, or expanded. These tools and attachments are the way you interact with the world. Far beyond a simple mouse click, you can sculpt the terrain, dig for elements, collect scrap, hoist wreckage, repair buildings and much more. The capabilities of your "Lander" are designed by you. If you like hanging back and letting your turrets do the talking, spend money on your regeneration systems or upgrade the scanner array. If you're feeling a bit more vindictive, you can equip your mining tools with weapons-grade explosives and beef up your armor. Its up to you.

Command. It's not just towers, while you're not babysitting hordes of units constantly like in many RTS games, you do build and command units, albeit a bit more passively. Your units will be constructed and deployed for many different tasks. There will be units that gather resources, repair and that even defend your base locally. Units in Blackspace will be intelligent and perform their tasks without much need for player contribution other than an order here or there when their duties are to be changed, though you'll need to setup defenses around their work sites if you expect any to survive. The interface will be quick and straight forward (no box selecting units).

Nowhere to hide. This "map" has no corners. Enemies could potentially come from any direction. But, with some early scouting, and intelligence gathering, you will be able to predict the general direction of the front line so you can dig in and deploy before the enemy strikes.

Structure alchemy? That's right, you can combine structures into grids, the arrangement and combination of structures will offer special enhancements to the operations within that grid.

Oculus Rift VR. It's an innovative new VR headset and a recently successful Kickstarter. We are VR nerds and really want to support this.

NVIDIA 3D Vision For those who have the hardware, you will be able to play Blackspace in full stereoscopic 3D with NVIDIA's 3D Vision technology.

Due to the potential of generating more funds than our goal on Kickstarter, this feature list may expand to include, Multi-player (co-op, PVP), persistent worlds, MAC & Linux, and more languages.

Is this Frostbite 2?
No but we love the fact that your asking. Blackspace uses a custom framework we built in-house that is mainly coded on top of Xen for the rendering backend and BEPU for the physics engine.

Sorry about Kickstarter, now what?
We are still working on Blackspace! The release date will be pushed back a bit, but we plan on releasing a early prototype to help fund the project. Hopefully that will give us the means to complete the game faster. We will be posting regular updates here as well as on our social media and websites.
< >
1,204 Comments

philliom2396 Mar 7, 2017 @ 6:53pm
would definitely pay to play this game, hope that its still being made. Since it's early beginnings I've been patiently waiting for this game and in a way need to play it. Hope all is going well. Nothing but good vibes coming from over here. ^_^

Yon Jun 22, 2016 @ 10:27pm
This project is vaporware. Devs are in silence and not a single statement about it's development have been made for a very long time.
< >