Greenlight > Games > AgustinCordes's Workshop
Greenlight is being retired. For more information on how to submit games to steam, refer to this blog post.
This item has been removed from the community because it violates Steam Community & Content Guidelines. It is only visible to you. If you believe your item has been removed by mistake, please contact Steam Support.
This item is incompatible with Greenlight. Please see the instructions page for reasons why this item might not work within Greenlight.
Current visibility: Hidden
This item will only be visible to you, admins, and anyone marked as a creator.
Current visibility: Friends-only
This item will only be visible in searches to you, your friends, and admins.
Asylum
Description Discussions14 Announcements10 Comments1887 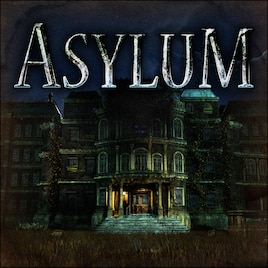 .Luna.
Offline
See all 400 collections created by AgustinCordes and other people (some may be hidden)
Kickstarter
In 2 collections by AgustinCordes
Adventure Games In The Green
37 items
The Green Reaper
20 items
Recent Announcements View All (10)
Store page and community hub now live!
January 31, 2018 - AgustinCordes

Finally, you can now put ASYLUM on your Steam wishlist!

Just when you thought 2017 couldn’t get any scarier, a brand new gameplay video from the unhallowed corridors of Asylum goes live! It’s a small tease of bigger things to come as development of our mega-ambitious horror adventure switches to (healthy) crunch mode.

Asylum has all the hallmark features of beloved cult hit Scratches, but bigger and better. You won’t believe the engrossing atmosphere and storyline we have prepared for you, a love letter to obscure 80’s films with influences ranging from H. P. Lovecraft to Lucio Fulci — and it’s *really* happening: following some productive months, we’re approaching beta, which means the coveted release date keeps getting closer.

Thank you for your unending patience and sticking with us throughout all this time! We’re going out of our way to deliver an epic horror adventure that we hope you’ll be discussing for years to come. Have a spooky New Year, and here’s to an even more terrifying 2018!

Decay surrounds you, dread around every corner. You feel imprisoned while traversing the endless corridors... Asylum is a chilling journey through the intricate floors of the Hanwell Mental Institute, in which unimaginable atrocities have occurred in the past. Over four years in production, this horror adventure aims to marry cutting edge visuals with thrilling storytelling to give you the ultimate experience in fear. From the designer of the award-winning and cult sleeper hit Scratches.

'This building is the most miserable godd**n place on Earth, and Asylum goes to incredibly admirable lengths to drive that point home.' - Rock, Paper, Shotgun

'The atmosphere alone was enough to create a definite impression.' - Adventure Gamers

'One of its scares honestly got to me.' - Rely on Horror

'I'm suitably impressed by the atmosphere they've created with the engine. It's Lovecraftian through and through.' - DIYGamer

'Asylum looks to have created an atmosphere many AAA studios aim for, but seldom reach.' - Greenlit Gaming

'Asylum is the kind of horror we're after. It's smart and sophisticated and knows exactly how to tantalize players with every step they make.' - Indie Statik

And What The Fans Are Saying

'I was sold the moment I looked at the screenshot with the wheelchair.' - Sati44

'D**N! I got nightmares by watching the trailer…' - Blutrausch

'I would love to watch the trailer but it's hard to see from under my covers...' - JohhnyTopside

'I watched the trailer, changed my pants, and gave it an up vote. This is AWUSHUM.' - Pixels

We're working very hard to finish the game as soon as possible. A new demo will be presented in GDC next March and a release date might be announced shortly after :)

In short, progress has been great and we're looking to have a full playable of Asylum early next year. Also, we're lining up several announcements for January, including our new Steam page. So stay tuned, and thanks all for your patience :)

AgustinCordes  [author] May 30, 2017 @ 4:52am
@overkir, no worries about your English, I understood everything. Sorry Asylum is taking so long, but I know Scratches is a beloved game in Russia and we sincerely want to live up to the expectations. Asylum will be indeed translated to Russian, and also rest assured we're optimizing the game so that it runs smoothly on older computers :)

AgustinCordes  [author] May 3, 2017 @ 4:03pm
@Bob True that, the Greenlight trailer still displays an embarrassing 2013 release date, but unfortunately it's not possible to update the video on YouTube. In our defense, the release date does simply say "TBA".

The upcoming store page will be fully updated.
< >