Greenlight > Games > Tinnitus Games's Workshop
Greenlight is being retired. For more information on how to submit games to steam, refer to this blog post.
This item has been removed from the community because it violates Steam Community & Content Guidelines. It is only visible to you. If you believe your item has been removed by mistake, please contact Steam Support.
This item is incompatible with Greenlight. Please see the instructions page for reasons why this item might not work within Greenlight.
Current visibility: Hidden
This item will only be visible to you, admins, and anyone marked as a creator.
Current visibility: Friends-only
This item will only be visible in searches to you, your friends, and admins.
Reperfection
Description Discussions2 Announcements7 Comments214 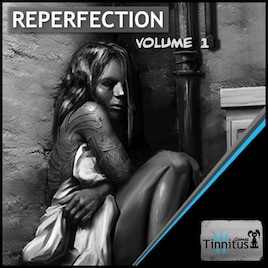 Finally Reperfection is greenlit! That's so awesome! :D
Thank you all for your support!

Now we have to make some updates to Reperfection and integrate the Steam SDK. Hopefully this is not going to take much time. :)

Thanks a lot for making it! :)

Ben has an eerie power: A look in the eye of a dead person allows him to travel through time and space, so he witnesses the death of that person.
This power allows him to prevent the fatal accident of his wife - but at what price?


REPERFECTION - VOLUME ONE is the first self-contained episode of a new indie adventure series in the style of an interactive Art Noir graphic novel.
You unlock new panels and pages of the game by solving different puzzles. By doing so you influence the events in the past and change the future reality, discovering more and more about the exciting storyline.
The comic is kept in black and white using color as focus on important objects.

The first episode of Reperfection is already available at Zodiac-Store.com, Desura.com and FireFlowerGames.com! It would be great if you support us here on Steam Greenlight, like us on Facebook (https://www.facebook.com/TinnitusGames), follow us on Twitter (https://twitter.com/TinnitusGames) and share our page to your friends! :-)

Features
Who are we?
We are Oliver Specht and Michael Holzapfel from Hanover, Germany. We have been working at Cranberry Production and successfully developed adventure games. We are working together with the great writer Anne von Vaszary, who wrote most of the story for Black Mirror II and III. And now we are going to realize our very own indie project.

Story Teaser
Ben Freeman lives with his wife Sarah and their son Danny in a small house in the suburbs. They are a happy family - until the day Sarah loses her life in a car accident. Due to the loss of his wife Ben's life goes to pieces, but he discovers a so far unknown ability that allows him to revert Sarah's death, jumping to the time Sarah wanted to leave the house and driving into that terrible accident. But the price for saving his beloved is higher than he could imagine...

"A decidedly fresh concept that paves the way for intriguing possibilities. Reperfection is off to a promising start!" -Agustin Cordes

News
German:
English:
Italian:
Spanish:
FAQ
F: What about the gameplay?
A: It's classic point&click with ring menu. You look at hotspots, collect items, use them and talk to characters. We added a gameplay video to show you more details.

F: The wording is sometimes strange, why?
A: We're not native speakers and translated the scenes from the trailer ourselves. The game is going to be translated more professionally.

F: The story reminds me of the series 'Awake'. Is that intended?
A: Nope. Before some of you were posting this similarity we had never heard of 'Awake' here in Germany. As we read about it we can only say: Yes, sounds like a very similar idea, but our story develops into a completely other direction. There are no two different realities, only one that changes.
Popular Discussions View All (2)

Caprice75 Dec 25, 2016 @ 8:16am
This demo was amazing! I actually found this game through Phoenix Online. The full game is available on their website. Would have preferred it through Steam so it would be in my library but at least I am still supporting a great company!

robertblane Apr 10, 2016 @ 5:35am
One has not forgotten this game but after all this time and an impending Steam release for the end of 2012, what on earth is going on after four years and obviously still no sign of the game. The whole purpose of this portal is to get games released and not stay permenantly in limbo. The ball is in your court dev, do you want to ignore this message and let the game R.I.P. or do you want to do something about it, time may have dragged on but it is not too late to get this game released. Your call??