Greenlight > Games > Flying Cafe for Semianimals's Workshop
Greenlight is being retired. For more information on how to submit games to steam, refer to this blog post.
This item has been removed from the community because it violates Steam Community & Content Guidelines. It is only visible to you. If you believe your item has been removed by mistake, please contact Steam Support.
This item is incompatible with Greenlight. Please see the instructions page for reasons why this item might not work within Greenlight.
Current visibility: Hidden
This item will only be visible to you, admins, and anyone marked as a creator.
Current visibility: Friends-only
This item will only be visible in searches to you, your friends, and admins.
Cradle
Description Discussions19 Announcements26 Comments1406 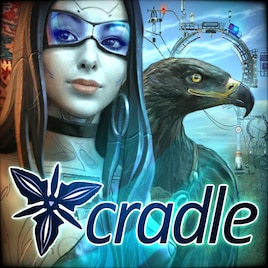 Today is a big day for Cradle - the game finally comes out on Steam!

To celebrate the occasion, we've prepared a brand-new wallpaper featuring one of the game characters - Tabaha! Enjoy! 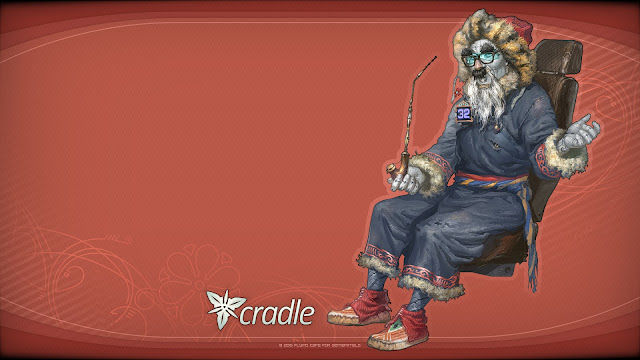 Welcome Cradle's Steam store page now available! You will find the in the Coming Soon status. The release will go on July 24th, just as planned. Standby to play soon!

Thirty years ago in the mid-2040s the sweeping development of neuroscience stirred up the common anticipation of victory over aging and death. In 2047 the scientists of the Neurocopying Institute in Cologne run the first experiments on transferring human consciousness onto an artificial carrier. In the course of experiments a weird previously unregistered phenomenon was discovered - the copies of neurotic system of the test subjects awoken in the computational device began to self-destroy by immersing in a state of deep irrational fear.

The discovery of the mysterious phenomenon induced a string of events to have completely changed the society. Dozens of years later the question of the ‘Panic Attack’ nature still remains open. We do not know how far the researchers’ thought has led them in search of the answer, but we believe it hardly ever visited this Mongolian steppe.

Year 2076, Mongolia. You wake up in a yurt amidst the boundless steppes. You neither remember your name, nor are aware of how long you had slept. Who are you? Who is this mechanical girl sitting on the table and what is the number she has on her chest? Nearby there towers the dome of a neglected entertainment park. How did it appear in these desert lands? What has happened here? Look around and try to sort things out. You are to begin on a peculiar and a touching story. 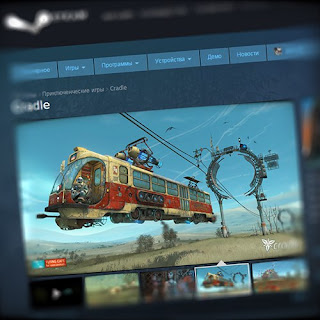 Read More
Description
Release date: July 24, 2015
Cradle is a science-fiction first-person quest with freedom of movement. The story is built around the relations of the protagonist and a mechanical girl, who by enigmatic circumstances find themselves together in a yurt among the desert Mongolian hills. The player is to restore the lost functions of his companion's mechanical body parts and together reveal the mystery of the neglected entertainment park found not far from the yurt.

Our goal is to deliver the player a specific emotional experience similar to what we may see in a night dream, where our life is completely different from the real one, with its own past and present. Cradle is a strange beautiful dream filled with anticipation of discovering a deep old mystery.

Almost there! Current position #4 in the top 100!
Flying Cafe for Semianimals

PinkPony Jul 21, 2015 @ 4:55pm
I had the strongest feeling that I 'backed' this project on Kickstarter, or some such, but I can find no evidence of that anywhere... Am I completely mad? Was this even crowd-sourced?

Been waiting a loooooooooooong time for this game.

ScienceFiction97 Jul 18, 2015 @ 6:33pm
So close to release. I think I speak for all of us when I say that we all can't wait to purchase and play this beautiful game and solve many problems and live through many events.
< >