Greenlight > Games > dtp entertainment AG's Workshop
Greenlight is being retired. For more information on how to submit games to steam, refer to this blog post.
This item has been removed from the community because it violates Steam Community & Content Guidelines. It is only visible to you. If you believe your item has been removed by mistake, please contact Steam Support.
This item is incompatible with Greenlight. Please see the instructions page for reasons why this item might not work within Greenlight.
Current visibility: Hidden
This item will only be visible to you, admins, and anyone marked as a creator.
Current visibility: Friends-only
This item will only be visible in searches to you, your friends, and admins.
Venetica
Description Discussions4 Comments739 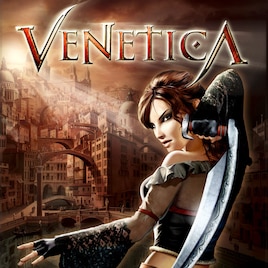 Set in the fantastic world of long ago Venice, the young Scarlett falls victim to a terrible mystery, which begins with the murder of her companion by a secretive alliance of mighty necromancers. Thus fate takes its inevitable course and threatens to throw the world out of order.

Scarlett finds out that she is the daughter of death incarnate and is blessed with his ultimate powers. She is the only one who can stop the gruesome powers that threaten to destroy the entire living world.

Now it’s your chance to reverse fate! Get ready for a fast-paced adventure set in an epic world filled with dark dangers and merciless adversaries. Arm yourself with mighty weapons, rally together powerful allies and master the dark powers of death. Can you conquer the powers that threaten to inescapably destroy the world of the living? Follow your path down into the deepest abyss to death itself – and back again, if you are worthy!

NOTE: Venetica has been released in some territories on disc already, so the game is completely finished and ready for release on Steam.