Greenlight > Games > cman2k's Workshop
Greenlight is being retired. For more information on how to submit games to steam, refer to this blog post.
This item has been removed from the community because it violates Steam Community & Content Guidelines. It is only visible to you. If you believe your item has been removed by mistake, please contact Steam Support.
This item is incompatible with Greenlight. Please see the instructions page for reasons why this item might not work within Greenlight.
Current visibility: Hidden
This item will only be visible to you, admins, and anyone marked as a creator.
Current visibility: Friends-only
This item will only be visible in searches to you, your friends, and admins.
Black Mesa
Description Discussions254 Announcements4 Comments27693 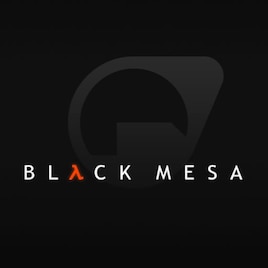 Mark Abent
Offline
See all 2738 collections (some may be hidden)

View Black Mesa in the store

Rise and Shine … Black Mesa is now available on Steam Early Access! Play through a highly updated Single Player story, or face off against others in Black Mesa Multiplayer across six maps from the Half-Life Universe.

We here at Black Mesa, are pleased to announce our involvement in providing a large collection of assets and content to be used in Valve's Source Filmmaker as an official DLC!

Now that you can download the Black Mesa Content Pack DLC directly through Source Filmmaker, we hope to see many more Headcrabs in top hats, Snarks holding tea parties and Gargantuas... well... smashing things. Needless to say, the opportunities for scientific exploration in this discipline are multitudinous. Just be sure, before creating your scientific masterpiece, you read our Video Policy Page[www.blackmesasource.com].

During early tests, we noticed some excellent results such as this, this and this or indeed this. Results we hope to see replicated during the 4th Annual Saxxy Awards. Don't forget submissions for it are from 4pm on the 17th September until 4pm on the 24th September (PST), guidelines for those submissions can be read here. There would be nothing better than to see part of the Black Mesa Facility in one of the winning entries (or even a part of a scientist). So, best of luck to all those who participate in the competition, and we hope that you enjoy using our content to further the causes of Science!

Read More
Description
Release date: Released 5/3/15
Prepare for an experience that you will find Nostalgic, exciting and fresh. Black Mesa is a re-envisioning of Valve Software's seminal game Half-Life. You will re-visit the inaugural role of Gordon Freeman and his memorable journey through the Black Mesa Research Facility.

Expect tremendously detailed environments to explore, a huge cast of characters and experimental weaponry. All-new music, voice acting, choreography and added dialogue give way to a more expansive and immersive experience than ever before. In a nutshell, play Half-life the way we think it was meant to be played!

Features:
8-10 Hours of single-player gameplay, up to the Lambda Core chapter.
Feast your eyes on over 2,000 custom Models and 5,000 custom textures – more than HL2!
Experience over 2,000 choreographed scenes and over 6,500 lines of dialogue from all new voice acting!
Subtitles in English, Italian, Spanish, Norwegian, German, and Finnish!
Immerse yourself in an all new soundtrack and over 2,300 custom sound effects!
Feel the impact of custom systems such as the Face Creation System, Custom Gib System, Deathcam and more.

What's new in the Steam Release?
The Steam release of Black Mesa includes various fixes, upgrades, and new features since Black Mesa's mod release.
Heavily updated single player experience - The Black Mesa single player experience has greatly improved from the mod release; new visuals, new voice over, updated gameplay encounters, stability changes and more. Xen is not part of the Steam release of Black Mesa, but will be included as a free update when it is ready.
Black Mesa Multiplayer - Fight with or against your friends, in two game modes across six iconic maps from the Half-lfie Deathmatch universe: Bounce, Gasworks, Lambda bunker, Stalkyard, Subtransit and Undertow.
Custom Modding Tools - Use the same tools the developers used to create your own mods, modes, and maps for Black Mesa and Black Mesa Multiplayer...
Fully integrated Workshop - ...and then share your work on the fully integrated workshop!
Complete Steam integration - Collect trading cards, backgrounds, emoticons, achievements, and everything else you would expect out of a Steam integrated game.

Why are we using Early Access?
Making a game with the scope and scale of Black Mesa is a massive undertaking. Back in 2012 we made the decision to release what we had completed up to that point, and were blown away by the communities response, feedback, and improvements to our work. We want to keep that relationship alive and well by using Early Access as a tool for allowing our community to participate in the final phase of Black Mesa's development.

Comrade Suhov Mar 7, 2020 @ 6:35am
Next Half-Life game by Valve is coming out... CHECK
Black Mesa actually finished and released... CHECK

Well, now I only need to wait for Star Citizen to be finished and released and get myself laid somehow and my life is complete.

Black Mesa has been Greenlit and is now listed in the Steam store. For the latest information, purchase options, and discussions for Black Mesa, please see it on the Steam Store or in the Steam Community.
Visit Store Page
For more details Visit Community Hub
For latest discussions
If you really, really want to, you can continue to the Greenlight page. Information on this page may be out of date, since all the action has moved to the areas noted above.