Greenlight > Games > WRF Studios's Workshop
Greenlight is being retired. For more information on how to submit games to steam, refer to this blog post.
This item has been removed from the community because it violates Steam Community & Content Guidelines. It is only visible to you. If you believe your item has been removed by mistake, please contact Steam Support.
This item is incompatible with Greenlight. Please see the instructions page for reasons why this item might not work within Greenlight.
Current visibility: Hidden
This item will only be visible to you, admins, and anyone marked as a creator.
Current visibility: Friends-only
This item will only be visible in searches to you, your friends, and admins.
BloodLust : Shadowhunter
Description Discussions10 Announcements4 Comments397 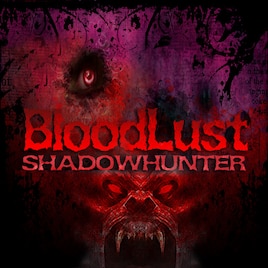 WRF Studios
Offline
See all 55 collections (some may be hidden)

View BloodLust : Shadowhunter in the store

It's still in closed beta testing right now... but will transition into Early Access on March 2nd for more feedback from the community. The store page is located here...

Many user interface enhancements too, such as a Mini-Map.

Please try out the free playable demo at http://www.lasthalfofdarkness.com/bloodlust

Read More
Description
Bloodlust: Shadowhunter is a Single-Player Role Playing Game (RPG) - Explore the dark and gritty world of a forgotten society of Vampires and disciplines, while trying to battle for hierarchy among the clans.

GamePlay
With dynamic inventory, stats and skills, gameplay provides Infinite replay. Summon bats, leeches and spiders to do your dirty work and build your bloodline from a Fledgling into a powerful Vampire. During your journey you will find and use hundreds of weapons and items to destroy the creatures and clan members that stand in your way.

Bite and Sire others to Join your Family to create an army where each member can help you gain experience, find loot, or sire others. Once a member is in your family you can simply open the sire tree and issue commands telepathically.

- 2 Races to Play... either a Vampire or Dhampir (Half Human with some resistance to light, fire and sliver)

- Play a Male or Female Vampire

The choice is entirely yours... Stay loyal or backstab, bluff, and lie while creating chaos from inside the clan's political hierarchy.

- Some Areas are Randomly Generated providing a entirely new experience each time you play.

- All Loot is Random


Disciplines and Skills
Vampires have Disciplines that can be used for various actions, such as...

- With Each Bite you Grow and Build an Army of Minions to Fight Along Side
- Use Persuasion and Seduction to affect Dialog choices (Avoid certain quests or combat entirely)
- Use a Telekinetic Gaze to Control a Remote Orb to See Where You Cannot Go
- Enhanced Secret Sight Allows you to Detect Secret Walls and Doors
- Use Telepathy to talk with Animals and Creatures
- Harness a Powerful Spiritcraft to Summon Powerful Magic through Your Fingertips
- Summon a 'Familiar' to Help you Fight
- Turn into Mist and Travel Through the Bars of Locked Gates
- Shapeshift (change into animal creature form)
- Frenzy (Extreme Attack Speed)
- Create an Iron Aura to provide a Supernatural Armor that Absorbs a Percentage of Damage.
- Alchemy (Mix Elixirs and Potions)
- Disarm Traps
- Firecraft (Cast Fireballs at Enemies)
- Summon Spiders to Attack
- and many more...

Story
A coven of six silent, dark, and solitary ShadowHunters find themselves resurrected into a lost city terrorized by the all-powerful Emperor Ranior, a monstrous vampire lord. Haunted by visions of darkness and tormented by their ghosts from the past, the coven struggle daily, though they always continue to move forward. With each victory they grow stronger, increasing bloodline and skills in the Dark Arts, but all at the cost of their humanity. With each new bloodline, they find themselves turning more into the vampiric monsters they were resurrected to destroy. In the end, their great power will be challenged only by themselves, as they will have to face the source of their own immortality and decide whether to embrace the darkness or destroy it.

What would you choose?

NOTE: This game is in BETA at the moment with more features still to come - but there is a PLAYABLE DEMO available now! Please vote and share comments to show support for this Indie RPG! Thanks.

Thanks Everyone for the comments and support so far!

Try out the Playable demo now...
There is a playable demo available from the official BloodLust website... Please download and try out the newest version now.

Heinrich Kemmler Nov 27, 2015 @ 6:49am
why.....is this not on steam yet. seriously i come back like 8 months later just to look for this game and its still in greenlight.

Darkneko Feb 9, 2015 @ 11:59pm
Hi!My name is Christina Migliara and here my youtube channel where i vlog about video games and anime:https://www.youtube.com/channel/UCdPNUaZpUs_8cyNj_Fd4nYw . I am writing to you to ask if i can have review copy on your game? To promote your stuff

frznghost Jan 23, 2015 @ 8:25pm
Very awesome. Looking forward to making it out of the demo dungeon for the first time! Haha.

WRF Studios  [author] Jan 11, 2015 @ 8:02pm
Thank everyone for keeping an eye out on Bloodlust. Getting really close to Beta Testing - then probably going into Early Acess for a couple months to get any bugs out.

Spag Zonkman Jan 11, 2015 @ 6:27pm
Any new updates? I've had my eye on this game for the better part of a year now and am overly anxious to play it lols. I keep checking back only to find silence.

Ninjabuntu Jan 4, 2015 @ 4:26pm
so I've tried the demo. Crashed it but thats an issue of my rig and Video Cards. Despite the Janky Animations from time to time and some confusion on how to control the character. Two controle schemes? I liked it very much.

I really hope this gets a release soon so you can take my money. I will be dropping some for a few copies for my son and brother.

BloodLust : Shadowhunter has been Greenlit and is now listed in the Steam store. For the latest information, purchase options, and discussions for BloodLust : Shadowhunter, please see it on the Steam Store or in the Steam Community.
Visit Store Page
For more details Visit Community Hub
For latest discussions
If you really, really want to, you can continue to the Greenlight page. Information on this page may be out of date, since all the action has moved to the areas noted above.