Greenlight > Games > Snowbird Games's Workshop
Greenlight is being retired. For more information on how to submit games to steam, refer to this blog post.
This item has been removed from the community because it violates Steam Community & Content Guidelines. It is only visible to you. If you believe your item has been removed by mistake, please contact Steam Support.
This item is incompatible with Greenlight. Please see the instructions page for reasons why this item might not work within Greenlight.
Current visibility: Hidden
This item will only be visible to you, admins, and anyone marked as a creator.
Current visibility: Friends-only
This item will only be visible in searches to you, your friends, and admins.
Eador. Masters of the Broken World
Description Discussions12 Announcements12 Comments1017 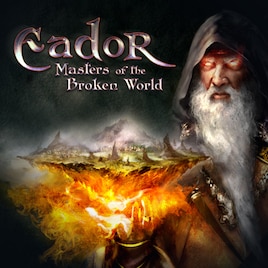 Snowbird Games
Offline
See all 99 collections (some may be hidden)

View Eador. Masters of the Broken World in the store

The only announcement everyone's been waiting for here.

Thanks to your interest in the game and great support at Steam Greenlight, Eador. Masters of the Broken World can now be pre-ordered on Steam for only $19,99.

Pre-ordering now you also receive a free copy of Eador. Genesis, the original game by Alexey Bokulev that inspired Masters of the Broken World's development, you better don't miss this awesome opportunity.

We really hope you'll enjoy the new game and thanks again for getting us here. 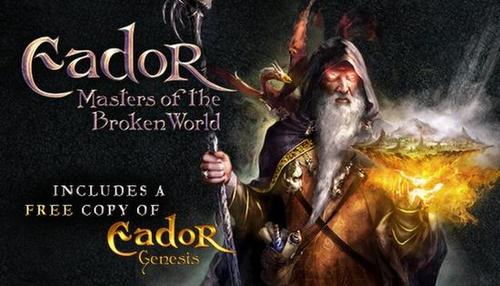 Starting today you can now pre-order Eador. Masters of the Broken World[www.gog.com] on GOG!

As many of you know, games released on GOG never come with any kind of DRM protection. And we're pretty sure that this will be the deciding factor in choosing the store for many players and fans of the original Eador.

The game costs $19,99, but if you already have Eador. Genesis bought from GOG, you get a 10% discount for the new game's price. We also included a lot of bonus stuff that comes with the game itself like game's soundtrack, in-game art and many more.

To celebrate we're also doing a Q&A with the GOG community! You can ask some questions right here[www.gog.com] and we'll be answering the best ones during next week.

Since we're posting this on Steam without any shame, we'll let you know that you'll be able to pre-order the game here as well. More details soon :)

Eador is a universe made of countless shards of land drifting in the Great Nothing. Each of the shards is a little world unto itself, with geography and denizens of its own. The power over the shards is bitterly contested by Masters, the immortal beings mortals believe to be gods.

Take the role of the mighty Master and shape the destiny of Eador! It is in your power to deliver the world from ultimate destruction – or to choke it with an iron fist of tyranny. Eador: Masters of the Broken World is a turn-based fantasy strategy game, where the decisions you make affect the world even deeper than the battles you win.

Excerpts from the game's F.A.Q.:

Which game genre it is?
Eador: Masters of the Broken World is a turn-based strategy in a fantasy setting. The game combines a lot of different elements from a whole bunch of games genres. There are tactical battles on a hexagonal battlefields and heroes traveling around the map, but also complex economical and political system and ”a grand strategy’ approach to the game campaign.

What is the meaning of ‘karma system’ in the game? By ‘karma’ in Eador we understand the complex alignment system, which evaluates the player’s actions from a moral point of view. See, in this game player have to face with moral dilemmas almost on every corner. The Masters aren’t simply a warlord, but also a leader of his empire with all kinds of responsibilities coming with. Player could ignore them, of course, but sometimes it’s wiser to cooperate with you mortal minions, because actually they are the ones who fight all Master’s wars for him. Bad karma generates when player chooses to sacrifice his people interests for a greater income or just because he’s enjoying the role of a badass:) Good karma generates when player acts as a caring monarch and fulfill the requests of the population… if only their needs aren’t initially evil;) Long story short: it is a complex role-playing system and you really should try it, if you want to know how it works.

How many playable races are in the game? Surprise: there are no such thing in the game as playable races! Instead of playing ‘the elves campaign’ or ‘the undead campaign’ in Eador: Masters of the Broken World the player going to ally himself with one of 8 different fantasy races and use it’s services in a time of war.

Why strategy games are such a big deal in the Eastern Europe? For some reason, Eastern Europeans really like strategy games. Especially the military ones, about conquering the world and suppressing the enemies. We don’t know for sure, but it seems that we’re big fans of the iron authority here and strategy games are the easiest (and usually safest) way to feel that kind of power in your own hands. Well, at least this is the one of the theories.

Thanks a lot to everyone for your feedback and support. We appreciate that greatly!
< >
1,017 Comments

RED Floyd /(Weber)\ Nov 10, 2013 @ 9:22pm
Now this was definitely worth the money.
And thanks for continuously updating the game, Snowbird Games!


I agree with you completely. Voice voted for a Linux version !!!

Eador. Masters of the Broken World has been Greenlit and is now listed in the Steam store. For the latest information, purchase options, and discussions for Eador. Masters of the Broken World, please see it on the Steam Store or in the Steam Community.
Visit Store Page
For more details Visit Community Hub
For latest discussions
If you really, really want to, you can continue to the Greenlight page. Information on this page may be out of date, since all the action has moved to the areas noted above.