Greenlight > Games > DarkGod's Workshop
Greenlight is being retired. For more information on how to submit games to steam, refer to this blog post.
This item has been removed from the community because it violates Steam Community & Content Guidelines. It is only visible to you. If you believe your item has been removed by mistake, please contact Steam Support.
This item is incompatible with Greenlight. Please see the instructions page for reasons why this item might not work within Greenlight.
Current visibility: Hidden
This item will only be visible to you, admins, and anyone marked as a creator.
Current visibility: Friends-only
This item will only be visible in searches to you, your friends, and admins.
Tales of Maj'Eyal
Description Discussions6 Announcements8 Comments774 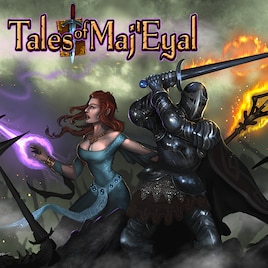 DarkGod
Offline
See all 67 collections (some may be hidden)

View Tales of Maj'Eyal in the store

Thanks to your efforts in greenlighting ToME, it is now available on Steam http://store.steampowered.com/app/259680 just one month and a half after being greenlit!

Tales of Maj’Eyal (ToME) is a roguelike RPG, featuring tactical turn-based combat and advanced character building. Play as one of many unique races and classes in the lore-filled world of Eyal, exploring random dungeons, facing challenging battles, and developing characters with your own tailored mix of abilities and powers. With a modern graphical and customisable interface, intuitive mouse control, streamlined mechanics and deep, challenging combat, online stats and character sheets, Tales of Maj’Eyal offers engaging roguelike gameplay for the 21st century.

Take part in an epic fantasy adventure like no other, engaging both your imagination and your intelligence, demanding thought and attention to succeed. Winner of the Roguelike of the Year award 2010, 2011 and 2012, Tales of Maj’Eyal is backed by constant development and an active, friendly community that have together invested over 133 years of total playtime. Thousands of players are already having fun – why not join them?

Up and running at {LINK REMOVED}http://te4.org/

RockPaperShotgun says:
"TOME has neat graphics and a friendly interface. Download it immediately."
"If you didn’t download TOME immediately then please do so now, unless you’re at work, in which case it’s acceptable to wait until your lunch break. Take your lunch break immediately."
"it offers new worlds full of mystery and danger"
"easy to use and to understand"
"TOME could be the gateway game you've been waiting for"
< >
774 Comments

n1x Dec 9, 2013 @ 9:25pm
This is very long overdue. Congrats. I hope you see this DarkGod, please include/allow for OldSchool RPG tiles to be used!

Tales of Maj'Eyal has been Greenlit and is now listed in the Steam store. For the latest information, purchase options, and discussions for Tales of Maj'Eyal, please see it on the Steam Store or in the Steam Community.
Visit Store Page
For more details Visit Community Hub
For latest discussions
If you really, really want to, you can continue to the Greenlight page. Information on this page may be out of date, since all the action has moved to the areas noted above.