Greenlight > Games > Benster's Workshop
Greenlight is being retired. For more information on how to submit games to steam, refer to this blog post.
This item has been removed from the community because it violates Steam Community & Content Guidelines. It is only visible to you. If you believe your item has been removed by mistake, please contact Steam Support.
This item is incompatible with Greenlight. Please see the instructions page for reasons why this item might not work within Greenlight.
Current visibility: Hidden
This item will only be visible to you, admins, and anyone marked as a creator.
Current visibility: Friends-only
This item will only be visible in searches to you, your friends, and admins.
Roadclub: League Racing
Description Discussions2 Announcements12 Comments128 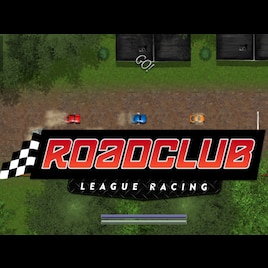 borgsphere
Offline
See all 9 collections (some may be hidden)

Roadclub just was just completed! That means all content and features are ready for release. We will just run a final beta test to make sure nothing stupid will show up when people start playing later this year. Stay tuned and let us know if you want to help test!

In case you missed it on my Twitter. The reason the game is taking a bit longer to show up on steam is..well I made some experiments during christmas break and managed to make pretty convincing proof-of-concepts for both Steam leaderboards and 2-player splitscreen multiplayer. These are two huge often asked about features that will add tons of fun to the game. So I decided to go for it and complete these features before early access on steam to give it a greater kickoff!

I'm sorry it's taking longer but I really think this will add a lot to the game. I don't have a date yet but I'm hoping to have a closed beta out to a few people within a couple of months. The beta will be sent out to friends and anyone who I pick that follows me and ask for beta access on Twitter (@bennysce).

I'll try to be better to update the blog, but I'm very busy working the game and working full-time during the days and gathering energy and motivation the rest of the time. Let me know if you look forward to the game, it boosts me a lot!

Read More
Description
Release date: 2015
Roadclub is an ambitious 2D-racer seen from an overhead view that boasts a league career mode where you fight the other club members to go up, or down, from its divisions. Realistic car physics makes all cars drive differently and grant new challenges and make your own cars, tracks, leagues and opponents with the included editors!

Push track times to the limit by learning to master your cars' personality and use the nitro boost at precisely the right times to shave off those last hundreds and beat your best ghost.

Slipstream around those pesky rival members and go for the Roadclub Master title!

Leagues and divisions
In Roadclub you race in leagues with a divisions mechanic, just like in sports like Football and Hockey! If you're awesome you get picked up to the next division at the end of the season, if you're not, well you are risking getting pushed down one division. The cool thing is, this doesn't only apply to you. All guys (and gals) in the club act alive as they go up and down divisions and earn money and buy new cars just as you do.

So, do you have what it takes to climb far enough on the ranks of Roadclub to challenge the Roadclub Master?

Features
Re-release on Steam
The screenshots above are of the original version from late 2008. We will update the game a bit for the Steam version.

The game was originally released as a standalone version on PC sold on our own website in late 2008. Now we've gotten the opportunity to polish it a bit and release it on Steam for a wider audience.

Planned changes for the Steam version at the moment
< >
128 Comments

stubar Mar 26, 2016 @ 8:20am
oh nice. hopefully the splitscreen will show enough track to keep the game competitive! I'll look forward to trying it out! Great that you managed to put in some form of multiplayer!

thanks for the reply!

Benster  [author] Mar 26, 2016 @ 8:08am
Hi stubar. I have now added steam leaderboards and local splitscreen multiplayer to the upcoming beta version. Online pvp is still not coming unfortunately but hopefully you'll think racing against your local friends will be fun as well!

Pyrasaurus Dec 9, 2015 @ 5:02am
Should be, yeah. The company and accounting stuff is probably the hardest part, in truth. Once you get it all set up though, shouldn't need too have anything drastic changed after that.

Benster  [author] Dec 9, 2015 @ 4:56am
OK. Sounds about right. We don't have access to the full console that lets you do this stuff yet until we have fully registered our (future) company with Steam. But if it lets us control everything, it should be easy to take care of.

Pyrasaurus Dec 9, 2015 @ 3:36am
Yeah, true. I think itch allows you to import keys from Steam into your product page and they'll be distributed along with a purchase, and something in the Steam Developer Console allows you to bulk generate keys for other sites and the press and such. I'm not a Steam-registered developer myself, but I do hang around with a few, plus I develop games myself. :P

Oh, sorry about that. Hope it doesn't mess things up for you.

I think we can connect itch to steam and get keys that way later but I'm not sure how that'll work yet until we're officially on sale here. Also we'd need to discuss how we want to handle it. But I think it's reasonable to say it shouldn't matter if you bought on itch or Steam Early Access. It might not be up to us in the end though. This stuff is new to us!

By the way, any idea if Steam keys are going to those that buy on itch.io?
< >

Roadclub: League Racing has been Greenlit and is now listed in the Steam store. For the latest information, purchase options, and discussions for Roadclub: League Racing, please see it on the Steam Store or in the Steam Community.
Visit Store Page
For more details Visit Community Hub
For latest discussions
If you really, really want to, you can continue to the Greenlight page. Information on this page may be out of date, since all the action has moved to the areas noted above.