Greenlight > Games > Onur Uça's Workshop
Greenlight is being retired. For more information on how to submit games to steam, refer to this blog post.
This item has been removed from the community because it violates Steam Community & Content Guidelines. It is only visible to you. If you believe your item has been removed by mistake, please contact Steam Support.
This item is incompatible with Greenlight. Please see the instructions page for reasons why this item might not work within Greenlight.
Current visibility: Hidden
This item will only be visible to you, admins, and anyone marked as a creator.
Current visibility: Friends-only
This item will only be visible in searches to you, your friends, and admins.
OCEAN CITY RACING
Description Discussions7 Announcements15 Comments385 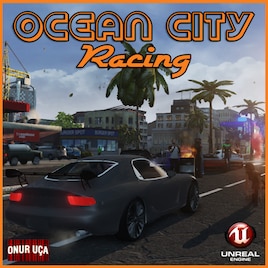 Onur Uça
Offline
See all 39 collections (some may be hidden)

The popular open world driving game has been updated with improved graphics and environment quality, a brand new map area, new mini games and with the ability to control a new type of “vehicle”.

Enjoy, the FREE ROAM MODE that lets you explore Ocean City in it’s full detail by allowing you to exit vehicles and walk around on foot, drive your way through the the thrilling RACE MODE with many different tracks set in different time of days , and be the fastest driver in TIME-TRIAL MODE that also includes off road and in-door environments!

Explore the open world and drive the vehicle you want or race to become the best drive in OCEAN CITY!

Featuring a free roam , time-trial and a race mode on a massive environment , Ocean City Racing offers hours of entertainment.

Featuring a free roam , time-trial and a race mode on a massive environment , Ocean City Racing offers hours of entertainment

• Open World City and Environment: Apart from the city , Ocean City Racing also features an island which is connected to the city with a bridge and a highway , a tunnel that goes under the Ocean City mountains through another town and an subway system under the city which provides a huge area for the players to discover.

• Time Trial Mode: In the time trial mode players have the ability to choose one of the many tracks available and try to achieve the fastest time by going through the checkpoint flares and reach the car event location.

• Race Mode: Become the best driver in the Ocean City by completing this mode. Players will proceed by completing events in the first place and unlock new vehicles as they progress.

• Vehicles: Features over 20 highly detailed vehicles to drive. Ranging from sports cars , muscle cars , super cars , off road vehicles. Even a kart and a quad bike can be driven.

• Progression : Ocean City Racing allows players to progress through time trials and circuit races and allow them to unlock new cars and events on the way.

• Soundtrack: Features songs of Christopher Amott from his 'Impulses' and 'Follow Your Heart' albums , as well as other instrumental and orchestral songs that fit the atmosphere of the game.

XBOX 360 Gamepad for Windows is supported.

Onur Uça has a commercial license of UDK , which is Unreal Engine 3 for indie developers.

MoonlightSkye Aug 26, 2015 @ 8:17pm
Developer, you should update this page to redirect to the Steam store page of the game.

Sir Reginald Von Thunderbitches Jan 28, 2015 @ 11:43am
I'm having problems. I go into free roam and race, i see the text and the timer but everything else is just black screen, even the music is going, but I've adjusted resolution and still no picture.

OCEAN CITY RACING has been Greenlit and is now listed in the Steam store. For the latest information, purchase options, and discussions for OCEAN CITY RACING, please see it on the Steam Store or in the Steam Community.
Visit Store Page
For more details Visit Community Hub
For latest discussions
If you really, really want to, you can continue to the Greenlight page. Information on this page may be out of date, since all the action has moved to the areas noted above.