Greenlight > Games > Apex Games Ltd's Workshop
Greenlight is being retired. For more information on how to submit games to steam, refer to this blog post.
This item has been removed from the community because it violates Steam Community & Content Guidelines. It is only visible to you. If you believe your item has been removed by mistake, please contact Steam Support.
This item is incompatible with Greenlight. Please see the instructions page for reasons why this item might not work within Greenlight.
Current visibility: Hidden
This item will only be visible to you, admins, and anyone marked as a creator.
Current visibility: Friends-only
This item will only be visible in searches to you, your friends, and admins.
Demon Core
Description Discussions4 Announcements4 Comments240 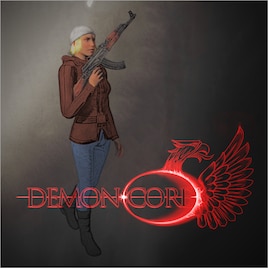 This is a day of celebration to us and we want to thank the Steam community and every one of you. Unlocking this achievement has been one of the most important for us so far. Now we are nearing the final and the most demanding part of the development project: getting everything working as well as we want and ensuring that you, the players, will get the experience you deserve. Doing that, we can be sure that there is a place for us on Steam, the best possible marketplace for a PC game. Once again, thank you.

This time we want to show you one sequence of game play. This is a level where we have some information of approaching enemy soldiers all over the place and prepare traps to take all of them down!

Read More
Description
Demon Core was the nickname given to a subcritical mass of plutonium that accidentally went critical in two separate accidents at the Los Alamos laboratory in 1945 and 1946. The consequences of these accidents were fatal. After using it in an atomic bomb test in 1946, the term has been almost forgetten in the public, until there was an incident at an undisclosed location near Kemerovo, Russia in 2024. And this one was not like the original. After these incidents, the sphere of any volatile matter has been referred to as the Demon Core.

They want it. You need to stop them.

Demon Core is a first-person survival action game, a heroic story against an overwhelming enemy, featuring an edgy female protagonist; a scientist forced to take up arms when everything falls apart. To survive against the overwhelming enemy, you need more than just weapons. You'll play dirty to stay alive; feign dead to hide from enemy squads, pretend to surrender to approach them.

We are currently hard at work with the gameplay implementation. It's a work in progress, so keep the comments coming and don't forget to press the thumbs up!
< >
240 Comments

minipasila rip 🇭🇰 Jul 8, 2015 @ 2:10pm
Well last update for this game was like almost a year ago, so are you guys still making this game?

tractor-65 Jun 12, 2015 @ 10:49am
Well, this looks cool, but, to be honest, there is not enough russian atmosphere (I know what I'm talking about 'cause I'm from Russia :D ), the places aren't looking like real Russia and Kemerovo. Well, maybe you can make some levels with gameplay on the streets of Kemerovo (or some kind of "secret closed town for scientists, guards and other personnel of labs" near Kemerovo)? If you fill it with famous russian panel houses (just google "khrushchyovka" to see what I mean), it will be really cool and enjoyable levels to play!

Apex Games Ltd  [author] Sep 24, 2014 @ 2:21pm
We can see the green light! Our sincerest thanks to every one of you who have voted for us, critiqued and given ideas for improvement. This gives us an extra boost for the boss fight of finalizing the game.