Greenlight > Games > Xoom's Workshop
Greenlight is being retired. For more information on how to submit games to steam, refer to this blog post.
This item has been removed from the community because it violates Steam Community & Content Guidelines. It is only visible to you. If you believe your item has been removed by mistake, please contact Steam Support.
This item is incompatible with Greenlight. Please see the instructions page for reasons why this item might not work within Greenlight.
Current visibility: Hidden
This item will only be visible to you, admins, and anyone marked as a creator.
Current visibility: Friends-only
This item will only be visible in searches to you, your friends, and admins.
World War II Online
Description Discussions78 Announcements59 Comments2007 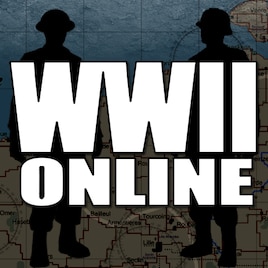 The Company0
Offline
See all 155 collections (some may be hidden)

Head over to the Steam Store, add us to your wish list / favorite / follow us now!
http://store.steampowered.com/app/251950/World_War_II_Online/

Things are still moving along at a blistering pace here at RAT HQ! Lots of back end work going on right now, so most of it is way over my head, but here's a quick rundown of some of the work that's taking place right now!

We've had another big week of infrastructure updates at our CoLo facility with our System Admin team. We just had a new internet connection dropped into our cages that will increase our incoming and outgoing bandwidth.

This is another huge step in increasing our hardware capabilities and expanding our concurrent user capacity as we lead up to a release on Steam.

There's still a lot of work to be done to get everything in tip top shape, but we're making great progress!

Our Dev team has been hard at work getting everything in place for all the back end integration to be ready to launch on Steam. There is a lot to do to integrate all the pieces into our existing game, but they're tackling the project head on, and progress is being made.

Our Production team has also been working hard on a number of projects, including art and animation work, continuing work on the ongoing ballistics audit, and most exciting (for me at least) they are working on getting all the data sets and in game information put together for the new vehicles. We're getting closer to seeing those new models in game, and we can't wait to have they players get a hold of them!

That's about it for now. Lots to do, so I better get back to work!

If you're hungry for more information, there's always more news and information to dig into on our website, including our development roadmap so you can see what we're working towards!

Our community is why we're still around after all these years. Just by being here, you're a part of it! Join the discussion here, on the website, our forums, and social media! We love hearing from you!

Make history come to life or change it completely as WWII Online demonstrates the scale of combined arms warfare in a breathtaking gaming experience. Choose to pilot fighters and bombers, command tanks, run supply or mission creation trucks, captain and crew naval vessels, or fight on the field and in the towns as an infantryman or paratrooper capturing enemy territory. Discover what you can achieve in the greatest conflict of war ever in our virtual battlefield. Success will be sweet but failure may crush you... Have you got what it takes?

HAVE YOU ENLISTED YET? FOLLOW THESE STEPS SOLDIER!
{LINK REMOVED} 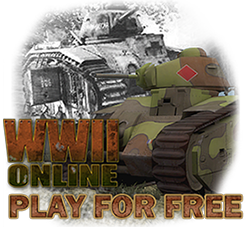 MASSIVELY MULTIPLAYER ONLINE (MMO)
All combat is alongside live players in the same game world where every vehicle or weapon is controlled by a real person. The game world is a single zone-less map set at half scale of the European Theater between 1940-1942. From this map, the game provides winnable campaigns that are completely player-controlled and non-scripted. Some campaigns have lasted for more than two months before a victor was decided.

100% REAL-TIME, PHYSICS-BASED PVP COMBAT
Every unit or vehicle puts you in an engaging first person perspective brawl with real players in real time. A single shot from your rifle will eliminate or severely wound an enemy combatant. Bombs exploding and high-explosive rounds generate a shrapnel spray in all directions.

JOIN OR CREATE A SQUAD
Fighting with your friends is important. You have the option to either join existing squads or create a new one with your friends. Create your own command structure and plan how you will conquer towns jointly with other squads on your side.

COMBINED ARMS
Each combat setting allows for combined arms play to exist. Watch as tank turrets fly off the hull from anti-tank units, and the sound of bombs whistling down eventually impacting a town creating a devastating effect. As an infantryman you will be tasked with a variety of duties, but your most important mission is to capture choke points that march your forces to victory. At all times you are in control of deciding which weapon to bring to the war.

CAMPAIGN STYLE GAME PLAY
Player Officers in "High Command" move brigades in a chess-like fashion competing against each other to capture towns all across the front. Each town has strategic value and if taken may expose your entire army to encirclement or routing.

No other online game matches up for simulation-style combat on this scale. There simply is no other game experience like it.

Icecold6k  [author] Jul 29, 2017 @ 5:49am
@Genno Signing up through the website only requires a little bit of basic information. However when we release on Steam the process will be streamlined since it will work off of your Steam account. You can see a screenshot of what this will look like in this week's Development update from Xoom! You can find that in the Steam Store community hub for WWII Online!

Xoom  [author] Jul 12, 2017 @ 8:09am
We should move further discussions over to the Steam Store page guys. This Greenlight page was very important and has lots of good stuff, but the main discussion is happening over here:

Icecold6k  [author] Jul 11, 2017 @ 11:28am
@JaytheCat8 It's true, the Free to Play option is going to be limited to Rifleman, Airborne Rifleman, trucks, and haulers. There is, however, another option besides the Premium subscription. We do offer the starter subscription which comes with acces to more equipment and vehicles than the Free to Play option. The game was built on a monthly subscription, and while we've looked for other ways to monetize the game, there's nothing that we've come up with that will work the way we need it to. So for the time being, we're tied to the subscription model. However, just because you have to pay access to additional content, doesn't mean it's pay to win. You're just as lethal on the battlefield as a Free to Play rifleman as any other rifleman in the game.

JaytheCat8 Jul 11, 2017 @ 7:54am
@Dagger You have to pay $14.59 MONTHLY to get access to anything besides Rifleman and SMG. Unless there's a special even going on, you also have no vehicles to access. I've played this game for the past two years and seen so much potential but when the game is release no one will want to pay for classes and etc. I understand how you guys will need funds for developing etc, but I feel like there could be more access to things such as vehicles and weaponry. With other F2P games like 'theHunter' they're heavy P2W but every week they have something new to offer to the players. This feature would work very well for this game like making special events and such. I feel as if the game is to 'locked down' and gives players access to the bare minimum, with no option to work they're way up, besides paying $15 a month to have other classes.

Icecold6k  [author] Jul 10, 2017 @ 5:50am
@JaytheCat8 Not sure how you can call it Pay to Win when the equipment that you get access to as Free to Play is exactly the same as the same class of equipment that everyone else in the game has access to.

Icecold6k  [author] Jun 7, 2017 @ 12:48pm
The win/loss ratio of the campaigns has been pretty remarkably even over the years. You can find the list in CSR https://stats.wwiionline.com/

World War II Online has been Greenlit and is now listed in the Steam store. For the latest information, purchase options, and discussions for World War II Online, please see it on the Steam Store or in the Steam Community.
Visit Store Page
For more details Visit Community Hub
For latest discussions
If you really, really want to, you can continue to the Greenlight page. Information on this page may be out of date, since all the action has moved to the areas noted above.