Greenlight > Games > Toploader's Workshop
Greenlight is being retired. For more information on how to submit games to steam, refer to this blog post.
This item has been removed from the community because it violates Steam Community & Content Guidelines. It is only visible to you. If you believe your item has been removed by mistake, please contact Steam Support.
This item is incompatible with Greenlight. Please see the instructions page for reasons why this item might not work within Greenlight.
Current visibility: Hidden
This item will only be visible to you, admins, and anyone marked as a creator.
Current visibility: Friends-only
This item will only be visible in searches to you, your friends, and admins.
POSTAL 2
Description Discussions42 Comments3646 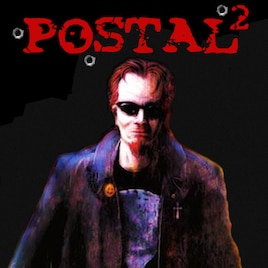 View POSTAL 2 in the store


Live a week in the life of "The Postal Dude"; a hapless everyman just trying to check off some chores. Buying milk, returning an overdue library book, getting Gary Coleman's autograph, what could possibly go wrong?

Blast your way through a freakshow of American caricatures in this darkly humorous first-person adventure. Meet Krotchy: the toy mascot gone bad, visit your Uncle Dave at his besieged religious cult compound and battle sewer-dwelling Taliban when you least expect them! Endure the sphincter-clenching challenge of cannibal rednecks, corrupt cops and berserker elephants. Accompanied by Champ, the Dude's semi-loyal pitbull, battle your way through open environments populated with amazingly unpredictable AI. Utilize an arsenal of weapons ranging from a humble shovel to a uniquely hilarious rocket launcher.

Collect a pack of attack dogs! Use cats as silencers! Pour gasoline on anything and everyone! YOU KNOW YOU WANT TO!
Popular Discussions View All (42)

POSTAL 2 has been Greenlit and is now listed in the Steam store. For the latest information, purchase options, and discussions for POSTAL 2, please see it on the Steam Store or in the Steam Community.
Visit Store Page
For more details Visit Community Hub
For latest discussions
If you really, really want to, you can continue to the Greenlight page. Information on this page may be out of date, since all the action has moved to the areas noted above.