Greenlight > Games > cyphen's Workshop
Greenlight is being retired. For more information on how to submit games to steam, refer to this blog post.
This item has been removed from the community because it violates Steam Community & Content Guidelines. It is only visible to you. If you believe your item has been removed by mistake, please contact Steam Support.
This item is incompatible with Greenlight. Please see the instructions page for reasons why this item might not work within Greenlight.
Current visibility: Hidden
This item will only be visible to you, admins, and anyone marked as a creator.
Current visibility: Friends-only
This item will only be visible in searches to you, your friends, and admins.
Dark Scavenger
Description Discussions3 Announcements2 Comments333 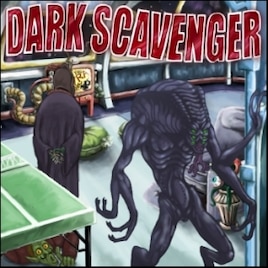 goldgames
Offline
See all 29 collections (some may be hidden)

View Dark Scavenger in the store

I just want to let you guys know that Dark Scavenger came out on Friday and is 20% off for launch.

Also, if you own the game already, keys should be available from wherever you bought it from . If you bought it direct from us before we started using the Humble widget, please send me an email (contact@darkscavenger.com) to claim your key.

Thank you all so much for helping us get to this point!

Dark Scavenger is Greenlit! Thanks so much for your support. Our goal now is to get the game ready for release on Steam in May. If you already own the game, we'll make sure you get your Steam key as soon as possible after release. Thanks again everyone! 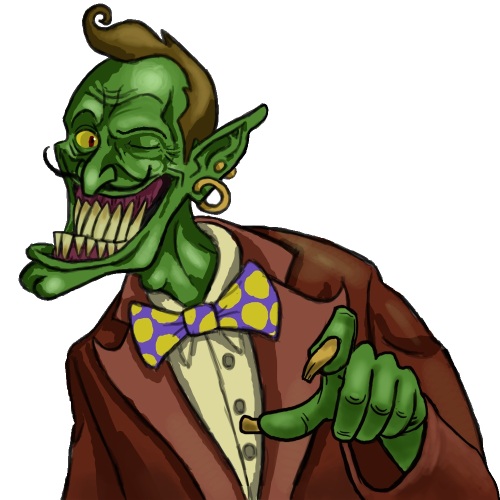 Read More
Description
Release date: Available Now! www.darkscavenger.com
“Dark Scavenger is one of the most genuinely funny, well-written games I’ve ever played and stands side-by-side with titles like Grim Fandango and Monkey Island. It is THAT good.” – IndieStatik[indiestatik.com]

Dark Scavenger is a bizarre point-and-click RPG adventure with a focus on exploration, gaining loot, and making meaningful choices.

Filling the role of a powerful space traveler, you find yourself stranded on a mysterious planet in the company of three eccentric, yet resourceful aliens. As you desperately seek a way to repair your ship, a massive conflict unfolds around you involving warring factions and a sinister force that threatens to destroy them all.

Will you adopt the problems of this world as your own or will you just save yourself?

“Dark Scavenger takes an iteration of the RPG genre that is generally thought of as obsolete and breathes fresh life into it.” – Strategy Informer

“Dark Scavenger is a dark, funny game that isn’t afraid to use an NPC’s pain for your chuckling gain. With five lengthy chapters and dozens of rooms to explore, this game is sure to keep you occupied for hours, if not days. And with so many possibilities in how you can handle a situation or the many items you can craft, replayability is definitely high.” – Jay is Games

“In all, Dark Scavenger is an awesome RPG that deserves multiple playthroughs. The game has an incredible story, hilarious writing and unique characters. Give it a shot- you won’t regret it.” – Blackman’N Robin

“For a game ultimately built around still images, Dark Scavengers is one of the most expressive games we’ve played in along while. Some of the best moments are when the game has the player ‘diving’ and ‘leaping’ about, dodging enemies or helping friends. The stillness of the actual image only goes to show the brilliance of the imagination, achieving, in many ways, more than if the game were a fully rendered 3D experience. This is also helped by the game’s excellent sound and music which, like its art and writing, is both incredibly silly and wonderfully effective. Dark Scavengers achieves not merely a nostalgic reminiscence but a full blown TV-drama-recollection of how computer games, even those lacking animation, can be unbelievably captivating and imaginative.” – Critical Gamer

“If you’re a fan of indie games, RPGs, laughing, and making meaningful decisions, then you should definitely pick this up.” – True PC Gaming

"With visual gags abound in the caricatures, pleasant audio hinting at JRPGS gone by and surreal, charming dialogue brimming with wit, Dark Scavenger is an attractive package for the nostalgic, the adventure-buff and the comedy hound alike." - Scripted Sequence

“Dark Scavenger is a quirky, offbeat, and delightful twist on RPG adventures” – Gamezebo

“Text-based games live or die by the strength of their writing and Dark Scavenger is no different. Thankfully, a healthy mixture of the clever, the quirky, the mature, and the completely insane make for an entertaining read nearly every time.” – Indie Theory

“It’s a great game, and one you should definitely look into picking up if you’re a fan of great writing in games, or you’re looking for a unique indie take on adventure rpgs. It’s also incredibly tongue-in-cheek, and I honestly haven’t laughed so hard or for so long from a game in a very long time.” – Brutal Gamer

“The dialogue between the main character and the friends and enemies he meets through the five chapters is absolutely brilliant. The dark humor embedded in the difficult choices faced in every room is some of the best I’ve seen in quite some time.” – That Gamer Hub

"If refined but old-school mechanics were all Dark Scavenger brought to the table, I would happily recommend it. Throw in some clever, knowing, and genuinely funny writing, and I’d move this game up into ‘must have’ territory." - Twinfinite

“…it’s quite unlike anything else I’ve ever played, and well worth checking out.” – Backlog Journey

“Overall the game is incredibly enjoyable and quite funny all around, I highly recommend this game to anyone that wants to relive old school point and clicks or anyone that wants an amusingly funny game to play to break out of the norm of serious games.” – Calm Down Tom

“I don’t think there really is a whole lot to say about this game besides “Yeah! It’s good, you should definitely play it!”” – Bag of Games

“Dark Scavenger takes the point-and-click adventure to a level that it really needed to be at.” – Geek Preview

“Dark Scavenger by Psydra Games is an incredible gaming experience, with a vast amount of options, and well-written characters and dialogue. Dark Scavenger is one game that should be highly recommended.” – The Indie Mine

“Dark Scavenger’s incredible attention to detail will have you immersed in its deep and heavily cultured world in no time. RPG fans should not miss this amazing game. Definitely not for the faint of heart.” – Game Review Hero

Note: Everyone who owns the game will be eligible for a Steam key if we're greenlit!
Popular Discussions View All (3)

Dark Scavenger has been Greenlit and is now listed in the Steam store. For the latest information, purchase options, and discussions for Dark Scavenger, please see it on the Steam Store or in the Steam Community.
Visit Store Page
For more details Visit Community Hub
For latest discussions
If you really, really want to, you can continue to the Greenlight page. Information on this page may be out of date, since all the action has moved to the areas noted above.