Greenlight > Games > FlyingTurtle's Workshop
Greenlight is being retired. For more information on how to submit games to steam, refer to this blog post.
This item has been removed from the community because it violates Steam Community & Content Guidelines. It is only visible to you. If you believe your item has been removed by mistake, please contact Steam Support.
This item is incompatible with Greenlight. Please see the instructions page for reasons why this item might not work within Greenlight.
Current visibility: Hidden
This item will only be visible to you, admins, and anyone marked as a creator.
Current visibility: Friends-only
This item will only be visible in searches to you, your friends, and admins.
A Walk in the Dark
Description Discussions2 Announcements4 Comments894 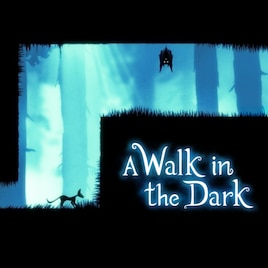 engelik
Offline
See all 110 collections (some may be hidden)

View A Walk in the Dark in the store

If you didn't get a chance to try the game, this Summer Sale is a good opportunity to do so. 60% is the largest discount we have ever done. Check it out: http://store.steampowered.com/app/248730/

Thanks for the support. We hope you enjoy playing "A Walk in the Dark"!

Read More
A Walk in the Dark is now available on Steam!
November 7, 2013 - FlyingTurtle

Thanks to everyone who voted for A Walk in the Dark on Greenlight. We are happy to announce that the game is now available on Steam. The Steam version includes support for achievements, leaderboards, cloud saves and ten brand new challenge levels.

We hope you enjoy playing the game on Steam and sincerely thank you for your continued support!

Read More
Description
Release date: 12-12-2012
A Walk in the Dark is an action platformer.
You play as a cat, Bast, running through a dark fantasy world. You’ll be running, jumping and sliding with smooth and precise controls designed to make you feel like a cat. But it won't be easy. You never know what lies in the shadows. In this dark journey you will face strange creatures and dangerous traps.

Features:
* A story driven platformer set in a dark fantasy world.
* Fluid controls and animations: play as a cat, move like one.
* Challenging levels set in a dark, strange and dangerous world.
* Gravity inversion mechanics that will test your skills and ability to adapt to new gameplay.
* Beautiful original soundtrack by Cody Cook

“Arielle and her cat, Bast, are spending a pleasant afternoon in the forest.
Bast, free from the usual four walls of their home, can’t stay in one place. He runs around, playing with everything that moves. In his haste to enjoy everything, he ends up getting away from Arielle.
He hears her calling for him, but the forest is such an interesting place. There are so many things, so much space. Some little creatures challenge him. Bast pursues them. It feels great to run in the forest.
He is about to catch one of them. He jumps to grab it but misses. He falls on top of some old stones. Something breaks under him. A cold breeze ruffles the trees chilling him to the bones. A smoke rises forming a shadow. Someone, something, hovers above him. Some ancient foul-smelling thing that nails him to the ground. Bast is unable to move.
Nearby, Arielle calls for him. The thing, the Spirit, turns around. As Arielle comes closer, the Spirit flies in her direction and envelops her. Bast hears the muffled screams of Arielle. They grow fainter as the spirit disappears in the forest.
Bast is alone. The sounds of the night emphasize that feeling. Arielle is gone and it's his own fault. He realizes that the once pleasant forest has become a strange and dark place. He starts running hoping to help her. He fears it might be too late.”

Nice job with the game!

A Walk in the Dark has been Greenlit and is now listed in the Steam store. For the latest information, purchase options, and discussions for A Walk in the Dark, please see it on the Steam Store or in the Steam Community.
Visit Store Page
For more details Visit Community Hub
For latest discussions
If you really, really want to, you can continue to the Greenlight page. Information on this page may be out of date, since all the action has moved to the areas noted above.