Greenlight > Games > wishnowski's Workshop
Greenlight is being retired. For more information on how to submit games to steam, refer to this blog post.
This item has been removed from the community because it violates Steam Community & Content Guidelines. It is only visible to you. If you believe your item has been removed by mistake, please contact Steam Support.
This item is incompatible with Greenlight. Please see the instructions page for reasons why this item might not work within Greenlight.
Current visibility: Hidden
This item will only be visible to you, admins, and anyone marked as a creator.
Current visibility: Friends-only
This item will only be visible in searches to you, your friends, and admins.
Pro Wrestling X
Description Discussions17 Announcements15 Comments835 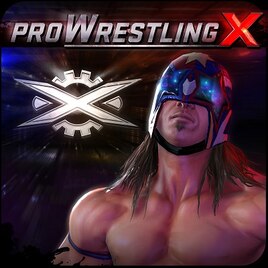 wishnowski
Offline
See all 52 collections (some may be hidden)

Thanks to your incredible support here on Steam Greenlight and the hard work of the dedicated Pro Wrestling X crew I am beyond overjoyed to announce that you can get your hands on the game RIGHT NOW by visiting our brand spanking new page over at Early Access right here:

Thank you so much for your continued support as we do our very damn best to finally bring pro wrestling to the millions...AND MILLIONS...of smart, sexy, and powerful members of the Steam community.

In case you missed it (and because the url has changed since first posting) here is a nifty video update I posted just over a week ago. And please remember, we send out weekly updates to our supporters via email newsletter, Facebook, etc. and you can easily sign up at www.ProWrestlingX.com if you are interested. THANK YOU!!

Read More
Description
Classic Nintendo 64 style wrestling fun takes its first step toward a long-awaited revival with the release of Pro Wrestling X: Uprising. Made BY wrestling fans FOR wrestling fans, this lean-and-mean no-frills debut has been developed exclusively for the PC platform from the ground up.

Pro Wrestling X: Uprising is all about the core gameplay fans of the genre have been begging for.

Choose from a roster of unique wrestlers ranging from powerful bruisers, Mexican Lucha Libre artists, Canadian mat technicians and female grapplers. Beat the holy hell out of your opponent in single- or two-player matches with a range of strikes, grapples, submissions and aerial assaults.

PhantomWolf Nov 25, 2014 @ 2:28am
I think you are already on the same page as far as the feel, pace, and control of the old AKI/THQ games, but will this game have multiplayer and character creation?

SHINIGAMIWULF Nov 21, 2014 @ 9:24pm
I remember seeing a page for this game in a Tips & Tricks mag back when I was younger. I think it's great to see you guys are still putting in the work for this and are asking the community what they would like to see in the final product.

Pro Wrestling X has been Greenlit and is now listed in the Steam store. For the latest information, purchase options, and discussions for Pro Wrestling X, please see it on the Steam Store or in the Steam Community.
Visit Store Page
For more details Visit Community Hub
For latest discussions
If you really, really want to, you can continue to the Greenlight page. Information on this page may be out of date, since all the action has moved to the areas noted above.