Greenlight > Games > Reaktor's Workshop
Greenlight is being retired. For more information on how to submit games to steam, refer to this blog post.
This item has been removed from the community because it violates Steam Community & Content Guidelines. It is only visible to you. If you believe your item has been removed by mistake, please contact Steam Support.
This item is incompatible with Greenlight. Please see the instructions page for reasons why this item might not work within Greenlight.
Current visibility: Hidden
This item will only be visible to you, admins, and anyone marked as a creator.
Current visibility: Friends-only
This item will only be visible in searches to you, your friends, and admins.
The Trap 2: Mindlock
Description Discussions0 Announcements2 Comments177 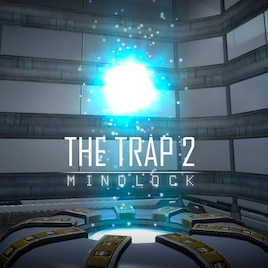 Reaktor
Offline
See all 13 collections (some may be hidden)
Recent Announcements View All (2)
We did it! The mod has the right to publish in Steam
April 23, 2017 - Reaktor

A few days ago there was a joyful event: the mod The Trap 2: Mindlock was Steam Greenlight! I thank everyone who made this possible, took part in the vote, reposted and donated. All this means that there is interest in the mod, and many people are waiting for it and want it to come out.

What will happen next? First I want to publish a free beta version to get feedback and make this mod even better. After that, you can talk about the date of the final release.

If you want to help, write to me in PM. Current vacancies are the following: 3d modeler, 2d-artist, Faceposer specialist, voice actor, programmer Source.

Donat can be found here: https://vk.com/mindlockstudios?w=app5727453_-83053553
Number of Yandex.Money: 410014879240089
Yes, there is a high probability that the mod will be free, so any financial assistance will be welcomed. I already have many ideas for the following projects, and this will already be full-fledged games (not a mod), so that by sacrificing for development, you motivate the author to continue his creative activity.

Owner of the site RunThinkShootLive Phillip Marlowe shared his impressions of the mod announcement https://www.youtube.com/watch?v=WZCDWHE76eo

Read More
Description
Release date: Spring 2017
What will happen if you combine an action horror from Half Life with puzzles and the atmosphere of Portal? That's right, the best game in the world!

I bring to your attention the wonderful mod The Trap 2: Mindlock for the game Half Life 2: Episode Two, which will turn all your ideas about Source-mods.

The first The Trap was released in 2011 and is rightly considered one of the best mods for HL: the number of downloads has exceeded 20 thousand, and the average score tends to 9.5 points out of 10!

In the second part, the aliens continue their sinister studies of human survival instincts. While the world is fighting an entire interplanetary war, a small alien corporation is testing various weapons and human test prisoners. But the tests are not going as they had planned. To ensure order in the complex and the highly dangerous tests, the aliens create a special unit, code-named “Mindlock”...

Witness the dramatic events in the monstrous alien complex! Solve puzzles, kill monsters, test innovative weapons, take over the consciousness of human test subjects and control them to get closer to unraveling the shocking secrets that will leave you shocked!

Features of the mod:

- 7.5 hours of gameplay
- sinister and unique atmosphere of alien experiments
- many unusual and unexpected situations
- unique combination of action, puzzles and horror
- completely independent story without references to the world of HL
- get into the minds of captives, take complete control over them, punish them for disobedience!
- enemies appear unexpectedly, randomly, jump out from all sides and crawl on the walls!
- more than 20 types of unique devices for solving puzzles
- 9 additional missions
- a lot of emotional and spectacular scenes piercing to shivers, which will be stuck in memory for a long time
- a completely original and high-quality soundtrack

The mod will be released on Steam after approval of Greenlight. Vote YES to make it happen faster!

Vote for our another project:
http://steamcommunity.com/sharedfiles/filedetails/?id=886188991
< >
177 Comments

Tin Can™ Aug 26, 2017 @ 8:24am
Can't even tell wtf is going on because of course there's only Russian dialogue. jesus fucking christ

little_tornado May 11, 2017 @ 12:29pm
OMG:Just played through the first one. Im in love(aside form the last few puzles, they were a little questionalbe). Now theres going to be another? Im in!