Greenlight > Games > Armor Games Studios's Workshop
Greenlight is being retired. For more information on how to submit games to steam, refer to this blog post.
This item has been removed from the community because it violates Steam Community & Content Guidelines. It is only visible to you. If you believe your item has been removed by mistake, please contact Steam Support.
This item is incompatible with Greenlight. Please see the instructions page for reasons why this item might not work within Greenlight.
Current visibility: Hidden
This item will only be visible to you, admins, and anyone marked as a creator.
Current visibility: Friends-only
This item will only be visible in searches to you, your friends, and admins.
Don't Escape: 4 Days in a Wasteland
Description Discussions2 Comments111

scriptwelder
Offline
See all 12 collections (some may be hidden)

View Don't Escape: 4 Days in a Wasteland in the store

Store page
Description
Release date: 2017
Survive an incoming calamity in a dying world ripe for exploration and danger, but remember... escape isn't your only option.

Don't Escape: 4 Days in a Wasteland is an upcoming non-linear point-and-click indie adventure game about the end of the world. The outcome of the whole story is as much dependent on what you do and don't do, and varied obstacles for each chapter means you'll need to play through the game more than once to see everything.

Don't Escape: 4 Days in a Wasteland is the first commercial installment in the popular adventure series, and the biggest one yet, featuring much longer playtimes and replayability.

The world has ended... almost. Everything is dead or dying after the catastrophic incident that left the moon split in half and slowly descending towards Earth. Natural disasters and global climate change are just the beginning... the worst is yet to come.

You are one of the few people left alive, roaming the world and trying to survive. One night, a terrible dream chases you from your sleep... but somehow, you can't stop feeling like this is more than just a nightmare.

And running away won't save you.

Each chapter of the game will present you with a new threat in a hostile world filled with challenge and danger, and a ticking clock. Certain actions will cause time to advance, forcing you to plan and prioritize. Do you risk a lengthy trip across the map to search for supplies? Do you spend the afternoon trying to repair a bridge? Barricade the windows in your hideout?

How you prepare, and the decisions you make in certain scenarios, will determine whether you survive the night and advance to the next chapter. Because there's more out in that wasteland than dust and wind. More on the horizon than just a sandstorm.

And you won't be able to escape it.

But maybe you can be ready for it.

If you're a fan of Flash games, you may have heard of scriptwelder. Creator of games like the surreal and creepy Deep Sleep trilogy, as well as the more philosophical 400 Years, he may be best known for his Don't Escape of point-and-click puzzle adventures. His trademark pixel style has never been a limitation when it comes to crafting games with immersive atmosphere and clever, engaging gameplay. 4 Days in a Wasteland is his first commercial title. 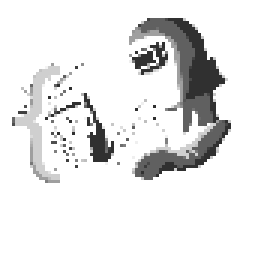 make this a thing

Don't Escape: 4 Days in a Wasteland has been Greenlit and is now listed in the Steam store. For the latest information, purchase options, and discussions for Don't Escape: 4 Days in a Wasteland, please see it on the Steam Store or in the Steam Community.
Visit Store Page
For more details Visit Community Hub
For latest discussions
If you really, really want to, you can continue to the Greenlight page. Information on this page may be out of date, since all the action has moved to the areas noted above.