Greenlight > Games > Mandragora's Workshop
Greenlight is being retired. For more information on how to submit games to steam, refer to this blog post.
This item has been removed from the community because it violates Steam Community & Content Guidelines. It is only visible to you. If you believe your item has been removed by mistake, please contact Steam Support.
This item is incompatible with Greenlight. Please see the instructions page for reasons why this item might not work within Greenlight.
Current visibility: Hidden
This item will only be visible to you, admins, and anyone marked as a creator.
Current visibility: Friends-only
This item will only be visible in searches to you, your friends, and admins.
Freaky Awesome
Description Discussions0 Announcements2 Comments67 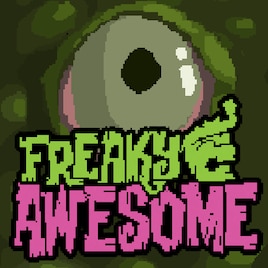 Mandragora
Offline
See all 9 collections (some may be hidden)

View Freaky Awesome in the store

Hi! Thank you all for supporting our Freaky Awesome game! One more step to release is done. We are working really hard on the game and going to release it this autumn.

We plan to deliver a game with dozens of hours of great time spent mutating and screaming at the screen. In our opinion, the best way for it is to ask for some help from real players. We are welcome for players who is interested in our game to sign up for a beta!

Here is the link: http://eepurl.com/cEbJqD

Read More
Description
Release date: Autumn 2017
Freaky Awesome is a game in which you constantly mutate into different creatures by getting infected from the remains of killed monsters.

After release of turn-based rogue-like SKYHILL we played a lot of dynamic games with co-op mechanics and decided that we can make something unique such players as we are. That’s why Freaky Awesome is the next project of Mandragora studio.

Freaky Awesome is a dynamic action game with permanent death and randomly generated locations, in which you can play alone or in a company of 4. All environment in the game affects players and NPCs. Due to it, you’ll be able to use environment objects for making really fun and crazy great battles with ugly monsters. When you killed any enemy you can walk smack into their remains. It will heal you, but you’ll get some infection, and sometimes you’ll mutate in a new form. Each mutation has unique skills and you should find the better ways to fight with monsters each time you change.

For sure, we can’t imagine this game without epic battles, tons of skills, items and different endings!

We plan to deliver a game with dozens of hours of great time spent mutating and screaming at the screen. In our opinion, the best way for it is to ask for some help from real players. We are welcome for players who is interested in our game to sign up for a beta![eepurl.com]

Freaky Awesome will be released in Autumn 2017 on Steam.

Here is our blog[medium.com] where you can find all news about Freaky Awesome.
< >
67 Comments

QuietForMe Mar 13, 2017 @ 7:47am
watching you got a while keep up good work so far been needing more quality co-op games in my life!

longbras Mar 10, 2017 @ 1:20pm
It seems that it's a coop game but is it local coop, online coop or both because this game looks definetly good

Freaky Awesome has been Greenlit and is now listed in the Steam store. For the latest information, purchase options, and discussions for Freaky Awesome, please see it on the Steam Store or in the Steam Community.
Visit Store Page
For more details Visit Community Hub
For latest discussions
If you really, really want to, you can continue to the Greenlight page. Information on this page may be out of date, since all the action has moved to the areas noted above.