Greenlight > Games > Troy - Warsim!'s Workshop
Greenlight is being retired. For more information on how to submit games to steam, refer to this blog post.
This item has been removed from the community because it violates Steam Community & Content Guidelines. It is only visible to you. If you believe your item has been removed by mistake, please contact Steam Support.
This item is incompatible with Greenlight. Please see the instructions page for reasons why this item might not work within Greenlight.
Current visibility: Hidden
This item will only be visible to you, admins, and anyone marked as a creator.
Current visibility: Friends-only
This item will only be visible in searches to you, your friends, and admins.
Warsim
Description Discussions0 Announcements15 Comments24 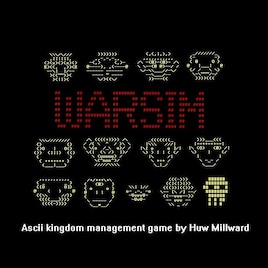 Troy - Warsim!
Offline
See all 2 collections (some may be hidden)

View Warsim in the store

Mainly fixes and some new little throne room editions, mostly housekeeping and making sure everything has multiple outcomes and variations to keep things fresh, also the filesize has been reduced quite a bit as there were a few complaints, 3x smaller now!

A lot of new features in this update, humming musicians you can only find in the musicians guild, now when you attack a faction it will show in the battle reports at the end of the turn, two new cheats that allow for an increased challenge, with a spymaster skill of 100 or more the player can see how many people died in each battle in turn reports, also lots of new kingdom names and the ability to take all the troops from an independent kingdom, kill their king and increase or decrease their civility level through debug mode, so now that group of savage trolls with their evil king umbog are no more as you can make them less savage and kill him! Enjoy

Read More
Description
In Warsim you are the ruler of the Kingdom of Aslona, A Kingdom threatened by Rebellion, Hordes of Bandits, Legions of Goblins several mysterious independent kingdoms and an ancient rising demonic force. As king you are tasked with protecting the realm, though you may instead turn into a dictator, perhaps you gained the throne through demonic trickery, you can rule how you want!

As King you can open up diplomacy with other kingdoms, visiting their lands, speaking to their nobles, hiring their troops and forming alliances, you can also crush them at your heel with your own armies or one of the many mercenary armies available for hire.

Maybe you are more of an explorer, explore one of many hundreds of places you can visit across the land, from taverns and fight pits to massive black markets, villages and mysterious ruins, there is much to do and very little time to waste!

* Over 40 QUADRILLION Randomly Generated Faces!
* Millions of different races from Volcanic Orcs to Pacifist Demons
* Randomly Generated Factions with vastly different cultures and customs
* A Large world to explore and lots to discover such as demon gates and magical wells
* An arena with Tournaments and battles that you can bet on!
* And so much more...

Join our growing reddit community to keep track of updates and discussions, many new additions to the game have come from community suggestions and comments

Vote for us on greenlight and follow the game as it further develops, any comments and support are very welcome! I have worked on this game on and off for almost three years and through highs and lows it has grown and continues to grow into something much more vast than I ever imagined, this game will not be like anything you have played before as I have spent months and months of sleepless nights crafting my own personality into it, any support goes a long way, even one vote makes a difference! Thank you

You've made it this far, if you like what you've seen/read, feel free to download the latest version of the game and enjoy it! No strings... I Promise!
< >
24 Comments

Hypertripp Mar 4, 2017 @ 11:31am
I can't believe that this is going to Steam, iv followed this game since it was advertised or /R/ Dwarf Fortress. And for those who want to download it he updates it on /R/ Warsim RPG.
https://www.reddit.com/r/WarsimRpg/
< >

Warsim has been Greenlit and is now listed in the Steam store. For the latest information, purchase options, and discussions for Warsim, please see it on the Steam Store or in the Steam Community.
Visit Store Page
For more details Visit Community Hub
For latest discussions
If you really, really want to, you can continue to the Greenlight page. Information on this page may be out of date, since all the action has moved to the areas noted above.