Greenlight > Games > UncasualGames's Workshop
Greenlight is being retired. For more information on how to submit games to steam, refer to this blog post.
This item has been removed from the community because it violates Steam Community & Content Guidelines. It is only visible to you. If you believe your item has been removed by mistake, please contact Steam Support.
This item is incompatible with Greenlight. Please see the instructions page for reasons why this item might not work within Greenlight.
Current visibility: Hidden
This item will only be visible to you, admins, and anyone marked as a creator.
Current visibility: Friends-only
This item will only be visible in searches to you, your friends, and admins.
Ancient Cities
Description Discussions70 Announcements6 Comments1009

UncasualGames
Offline
See all 473 collections (some may be hidden)

View Ancient Cities in the store

If you missed Kickstarter and Indiegogo crowdfunding campaigns, a new opportunity to support the game development is here.

Ancient Cities has extended the crowdfunding period on Indiegogo:

A new chance to get VIP forum access right now, and beta access in early summer 2018, while also supporting the game development.

Starting in the Neolithic era you will have to guide your people through generations, discovering and improving technologies, managing resources and population, facing your human or natural enemies, and ultimately, building the most fantastic city of the antiquity in a fully simulated world and ecosystem.

We plan to post regular DEVELOPMENT UPDATES until release on twitter @_AncientCities, as we have been doing for months now. If you want to stay tuned, FOLLOW US THERE. 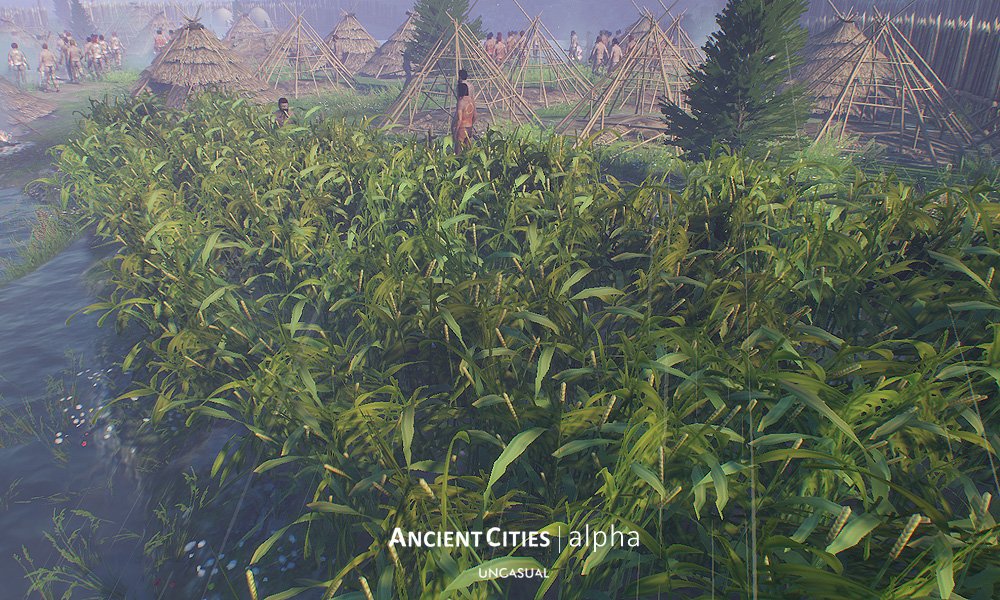 Our vision
We love tech, strategy games, History, Archeology and cities.
Of course, we dream, as you do, with a gorgeous strategy city simulator that let the player to develop its city along the ages in a credible and immersive way.

We have chosen to start at the origin of cities, in the late Neolithic era. It was logic, and it is also highly suitable for the project; new eras introduce new gameplay and game features over what existed before. Just as real life.

We are developing our own custom render technology for this game because this allows us to render what we envision: Thousands of items on the screen at the same time with nice fps, offering the player breathtaking images of their cities. Both, gameplay and detail are important to us.

We are presenting you our first game. And depending to a great extent on the budget, we intend to include late Neolithic and Bronze age in the final release.

We expect Ancient Cities to become a powerful platform for next developments, moving us more and more into the realms of History, exploring different places and ages around the world: Greece, Rome or Middle Ages...

For this to become a reality we need your support on this first project.

We know you will love this as much as we do.

The game will be available when its ready. 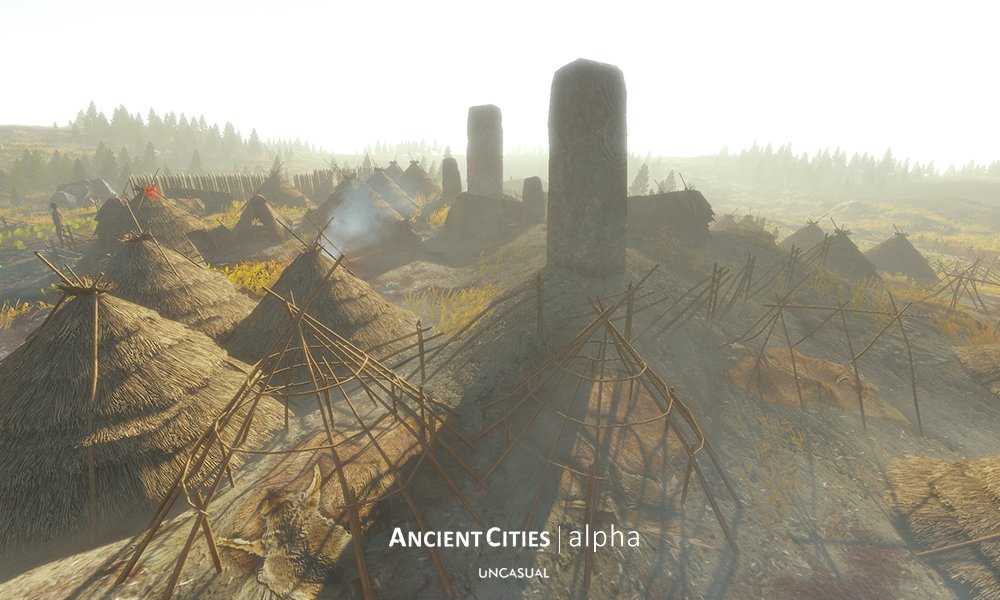 Main features
All meaningful for gameplay!

Ancient Cities has been Greenlit and is now listed in the Steam store. For the latest information, purchase options, and discussions for Ancient Cities, please see it on the Steam Store or in the Steam Community.
Visit Store Page
For more details Visit Community Hub
For latest discussions
If you really, really want to, you can continue to the Greenlight page. Information on this page may be out of date, since all the action has moved to the areas noted above.