Greenlight > Games > Dark Tonic's Workshop
Greenlight is being retired. For more information on how to submit games to steam, refer to this blog post.
This item has been removed from the community because it violates Steam Community & Content Guidelines. It is only visible to you. If you believe your item has been removed by mistake, please contact Steam Support.
This item is incompatible with Greenlight. Please see the instructions page for reasons why this item might not work within Greenlight.
Current visibility: Hidden
This item will only be visible to you, admins, and anyone marked as a creator.
Current visibility: Friends-only
This item will only be visible in searches to you, your friends, and admins.
Legends of the Brawl
Description Discussions0 Announcements2 Comments104 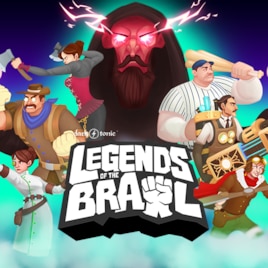 dubchaos
Online
See all 7 collections (some may be hidden)
Recent Announcements View All (2)
We've been Greenlit!
November 8, 2016 - Actually A Goat 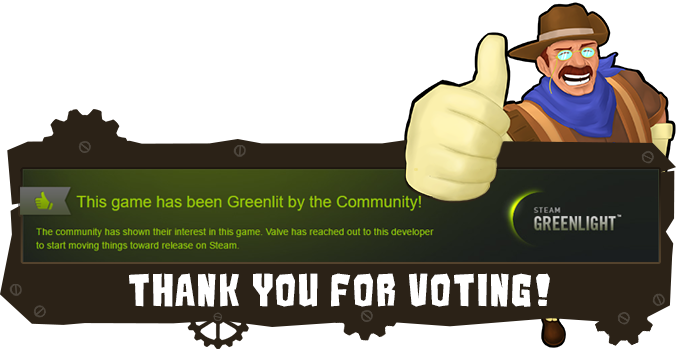 Thank you all for voting for us! It means an incredible amount to us here at Dark Tonic!

Behind the scenes in our ragdoll development. We laughed.

Legends of the Brawl is a real passion project for our entire team. We all love working on it, and the best part has to be laughing at all the hilarious accidental "features" that end up spurring some really great creative ideas.

Case in point #1, the ragdoll:

Please excuse the rough look of everything, this is very behind the scenes pre-alpha development, but we wanted to share this wackiness.

At 1:09 there's a particularly funny thing which was a total accident, but we loved it so much we decided it had to be made into a game feature.

I mean, who wouldn't love picking up their friend's body and chucking them at a stack of barrels or group of enemies?!

As the days go on, we'll be adding more info here on game features that we didn't want to squeeze onto the main page, new characters including HP Lovecraft, and lots of random bits to hopefully entertain you through a few sips of coffee.

We also really want to thank everyone who has voted for us on Steam Greenlight! We're a pretty unknown team and a new game from out of left field, so it means a lot to all of us that you've given us a thumbs up! Please, spread the word and share our game with your friends, on Twitter, Facebook and Reddit!

Please shout if you have any questions at all about the project, the game, the characters, the team, etc., we love hearing from you guys! 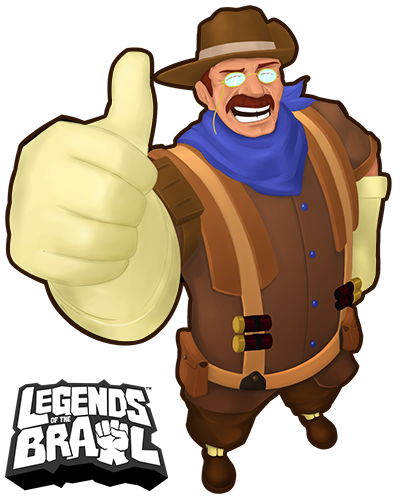 Combining the best parts of over the top action platformers and co-op mission games, Legends of the Brawl is a new take on multiplayer mayhem.

Grab some friends and jump into a fast blast of beating up baddies, collecting loot and occasionally punching your friends. Take out bosses to claim their powers, upgrade your legends, and create new play strategies as you grow your collection of gear and abilities.

Varied mission objectives keep gameplay fresh as you join the greatest legends of the 20th century to battle Rasputin’s nightmares all over the world.

• Fast, fun and extremely replayable 4 player co-op action
Because gaming is best with your friends. So is trolling.

• Strategic hero loadouts with persistent progression
Level up your heroes over multiple play sessions to access more abilities and craft the perfect build for your play style.

• Unlock boss powers, craft & collect artifacts
Power up your heroes to prepare for what awaits...

• Cthulu, gothic nightmares, and steampunk collide
It's a mess of tentacles, fangs, and gears in a stylized early 20th century.

Many games have influenced the design, but a few we keep referring to include Super Smash Bros, Ratchet & Clank, Powerstone, and Overwatch. These games are near and dear to our hearts, well polished, and tons of fun with friends.

GLmis0n Nov 5, 2016 @ 8:03am
Looks like a great game and have no doubt it'll make it to Steam. I hope your Kickstarter gets the support it needs. I'll go and check out your project.

NXSeven Nov 5, 2016 @ 7:29am
Looks like a very fun game. Hoping that we get to a diverse cast of characters in the game considering minorities weren't at the top of the list back in those days. Would be great if some of the in-game tips or quests actually taught you a little about the character being played. Fun AND educational.

Great concept -- you've got my vote!

Lord Buckethead Oct 29, 2016 @ 9:22pm
If this game makes it on steam, ill be buying multiple copies and forcing some pals to play with me