Greenlight > Games > cykboy's Workshop
Greenlight is being retired. For more information on how to submit games to steam, refer to this blog post.
This item has been removed from the community because it violates Steam Community & Content Guidelines. It is only visible to you. If you believe your item has been removed by mistake, please contact Steam Support.
This item is incompatible with Greenlight. Please see the instructions page for reasons why this item might not work within Greenlight.
Current visibility: Hidden
This item will only be visible to you, admins, and anyone marked as a creator.
Current visibility: Friends-only
This item will only be visible in searches to you, your friends, and admins.
Antraxx
Description Discussions0 Announcements7 Comments108

FYRE
Offline
See all 12 collections (some may be hidden)
Kickstarter
Recent Announcements View All (7)
We are GREENLIT!
October 19, 2016 - cykboy

Thank you for all of your support and feedback during the process. After just 18 days, we got the email we've been waiting for.

Couldn't of done it without you, we have some exciting updates coming soon (singleplayer campaign, anyone?)

More to come, now we have to finish this submission process :)

Just wanted to say a big thankyou to everyone who has voted and supported us on Greenlight so far. We've made amazing progress in just over a week, here are the stats as of posting: 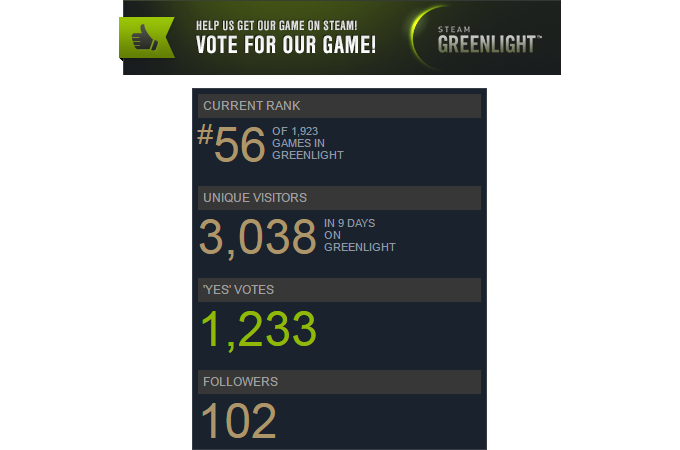 Friendly reminder, we are also on Kickstarter! Slowly climbing our way to the goal. https://www.kickstarter.com/projects/1649966326/antraxx-multiplayer-arcade-mech-shooter

Antraxx is a massively multiplayer mech shooter with a heavy emphasis on teamwork and replayability with completely customizable mechs and zones. Boasting multiple game modes and in-depth faction politics and economy systems, allowing you to play the game how you wish.

The goal is to create a next-generation isometric game with a completely 3D engine rendering hand-drawn pixel art with dynamic lighting, shadows, positional audio and a refined control scheme. You are also able to create your own zones to share and battle in, providing near limitless sandbox gameplay.

- Admire crisp, high-quality pixel art
- Play in browser or download
- Massively multiplayer
- Customize and outfit your own giant mech
- Create your own faction or join another
- Acquire land and build your own zone
- Annihilate your opponents or make peace
- Player driven world economy and politics
- Team-based, free for all and co-op game modes

Collect parts and weapons to outfit your own giant mecha. Once you've crafted your own custom masterpiece, test out its mettle by dropping into one of the many dangerous conflict zones in the Antraxx world. It is here where you will get to test your might against other pilots. Acquire your own land in one of the many wastelands of the world in order to grow your own faction and cement your power. Special additions such as jetpacks, rocket launchers, lasers, teleportation, and cloaking devices allow for you to select your own unique playing style.

There are various game modes present in the game, alongside the opportunity for endless creativity with our map creation tools. Join in player-hosted public events, giveaways, and battles. Charge and fire your lasers for a big impact, fire cluster missiles from great distances or get up close and personal with a heavy machine gun. There are countless ways to achieve peace in the never ending war known as Antraxx.

InspectorGalifianakis Oct 13, 2016 @ 4:47am
As long as the multiplayer works well I think I can get all of my friends to play. We need a BroForce replacement and this looks super fun.

Stefan Urquelle Oct 12, 2016 @ 2:10pm
I had a mech game on Sega Genesis and it was almost impossible to beat the second level. I tried hundreds of times and rarely succeeded.