Greenlight > Games > Green Willow Games's Workshop
Greenlight is being retired. For more information on how to submit games to steam, refer to this blog post.
This item has been removed from the community because it violates Steam Community & Content Guidelines. It is only visible to you. If you believe your item has been removed by mistake, please contact Steam Support.
This item is incompatible with Greenlight. Please see the instructions page for reasons why this item might not work within Greenlight.
Current visibility: Hidden
This item will only be visible to you, admins, and anyone marked as a creator.
Current visibility: Friends-only
This item will only be visible in searches to you, your friends, and admins.
Gray Skies, Dark Waters
Description Discussions0 Comments56 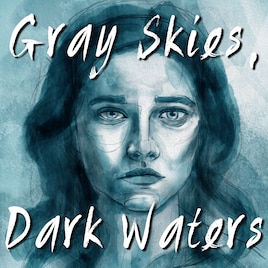 Store page
Description
Release date: Early 2017
Gray Skies, Dark Waters drops you into a world of secrets, unanswered questions, and - just maybe - the supernatural. Search to reveal the truth - or, at least, your version of it.

What does it mean to truly disappear without a trace? In this modern interpretation of centuries-old folktales from Scotland, Japan, and Finland, that’s the question that seventeen-year-old Lina Garrett has to consider after her mother vanished from the Chesapeake Bay town where the Garretts live. Take Lina on a thought-provoking journey through the town of Avett’s Landing to unravel the mystery of her mother’s disappearance and explore what it means to be part of a family - even a troubled one.

Fans of story-based games like The Path, Life is Strange, and To the Moon will love this story-driven adventure game in which your continuous choices decide the future of the Garrett family. The world of Avett's Landing comes alive with an original score, full voice-acting, hand-drawn paintings inspired by children’s book illustrations, and a series of short stories to round out the characters. It features 3D models interacting in 2D settings, similar to classics like Grim Fandango, The Longest Journey, and Resident Evil 2. Gray Skies, Dark Waters takes literary inspiration from the writings of Edgar Allan Poe, Flannery O’Connor, Jorge Luis Borges, and Shirley Jackson. The commentary mode presents both developers explaining their process as well as experts discussing the swan maiden tale, the relationship between games and books, and other topics that make their way into Gray Skies, Dark Waters.
< >
56 Comments

HellCow (DannyDOA) Nov 5, 2016 @ 12:25pm
Hey, i woud like to promote your game or to test the game.
Also i can get some testers if necesary, Add me if interested in steam or send me a mail: Liecis19@gmail.com

Well, I ain't falling for it.

ben.lambo Sep 21, 2016 @ 6:29pm
Deserves it more than anything! Adam and co. are super professional, hard-working, talented artists and scientists

1aspenmiller Sep 21, 2016 @ 10:09am
Cannot wait to see all this hard work become an experience on the screen. Brilliant concept, beautiful art style, moving script. We need more of this kind of narrative video game.

Gray Skies, Dark Waters has been Greenlit and is now listed in the Steam store. For the latest information, purchase options, and discussions for Gray Skies, Dark Waters, please see it on the Steam Store or in the Steam Community.
Visit Store Page
For more details Visit Community Hub
For latest discussions
If you really, really want to, you can continue to the Greenlight page. Information on this page may be out of date, since all the action has moved to the areas noted above.