Greenlight > Games > pinkerator's Workshop
Greenlight is being retired. For more information on how to submit games to steam, refer to this blog post.
This item has been removed from the community because it violates Steam Community & Content Guidelines. It is only visible to you. If you believe your item has been removed by mistake, please contact Steam Support.
This item is incompatible with Greenlight. Please see the instructions page for reasons why this item might not work within Greenlight.
Current visibility: Hidden
This item will only be visible to you, admins, and anyone marked as a creator.
Current visibility: Friends-only
This item will only be visible in searches to you, your friends, and admins.
Merger 3D
Description Discussions1 Comments139 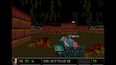 View Merger 3D in the store

Store page
Description
Release date: 2016
2048AD - the year in which humanity was faced with bio-terrorism. The desire to reach the next stage of evolution, which ran contrary to the facts of nature, formed the study of illegal modification to human cells. Because of this, a special unit was formed by mercenaries who opposed human experimentation. One of the major terrorist groups created a secret base in the jungle and started the project "Confluence", combining plant cells with human cells. The group of scientists that worked on this experimental process also raised an army of soulless bio-soldiers to guard the project. But during the final experiment, "Confluence" went out of control and began taking over its surroundings. You, as one of the best mercenaries, will have to stop the project in the only way possible: break into its epicenter and blast it to smithereens!

The game takes its roots from classic first-person shooters, a series of games such as Wolfenstein 3D, Spear Of Destiny, Operation Bodycount, Blake Stone and many others. The color palette is taken from Operation Bodycount, while the game uses a unique graphical style, approximately similar to Wolfenstein 3D. In Merger 3D, you'll need to pass through long levels, breaking through many crowds of enemies.

HellCow (DannyDOA) Jan 14, 2017 @ 3:13am
Hey, if your interested i coud promote your game or/and if you need/want i test the game to write a review for it and find glitches/bugs if there are any.
Also i can get some more testers if necesary,

Мясник Sep 18, 2016 @ 3:40am
Hello, I would like to offer you the translation of the game into Russian language, if you are interested then send me an email mannegreim0@gmail.com.

atravee Sep 8, 2016 @ 4:29pm
@STARS achievements should be hard, what's the point of having mostly easy achievements?

Merger 3D has been Greenlit and is now listed in the Steam store. For the latest information, purchase options, and discussions for Merger 3D, please see it on the Steam Store or in the Steam Community.
Visit Store Page
For more details Visit Community Hub
For latest discussions
If you really, really want to, you can continue to the Greenlight page. Information on this page may be out of date, since all the action has moved to the areas noted above.