Greenlight > Games > Thistom Studios Software's Workshop
Greenlight is being retired. For more information on how to submit games to steam, refer to this blog post.
This item has been removed from the community because it violates Steam Community & Content Guidelines. It is only visible to you. If you believe your item has been removed by mistake, please contact Steam Support.
This item is incompatible with Greenlight. Please see the instructions page for reasons why this item might not work within Greenlight.
Current visibility: Hidden
This item will only be visible to you, admins, and anyone marked as a creator.
Current visibility: Friends-only
This item will only be visible in searches to you, your friends, and admins.
Dunar: Dimension Two
Description Discussions0 Announcements8 Comments114 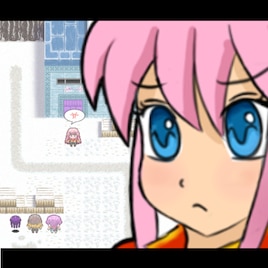 Read More
Description
Release date: Portuguese in 2019 and English in 2020
Dunar: Dimension two is the new RPG game per turn made by Thistom Studios Software.
The game has two years and a few months of development.


Some news about the game:

RPG with girls;
A new history to explore;
A new battle system was made from scratch;
Now has a system to exchange items with NPCs;
Bestiary to collect the battle monsters;
New gameplay with Dunar;
Input: Mouse and keyboard, touch screen and Xbox 360 control.
English version in 2018.

This is Thays Tanari. She is the protagonist of the game. This time he will spend time with her sister and help him.

This is Dunar Moonsong. She is the twin sister of Thays Tanari and is also a Purple Light.

This is Frances Schefer. She met Thays and Dunar in Dimension Two. Now she will help girls find the five elements.

This is Jessica Poenet. She is the best friend of Thays Tanari. Jessica is now a huntress.

This is Kwi. She is the daughter of a goddess. Kwi is responsible for protecting the Purple Light.

This is Subtwo. He is the villain of the game. Subtwo wants to destroy the Purple Light.

The game's story is focused on the past Dunar Moonsong when she was still a Purple Light.
Dunar Moonsong and Thays Tanari, they go to "dimension two" find the five sacred elements. These elements will leave stronger Dunar to destroy the lights of evil.

About the battle system

More information will be provided in future updates to the steam greenlight!

Мясник Sep 19, 2016 @ 1:41am
I'm an HR Manager of a small group engaged in the translation of games. I offer to translate your game in a short time and low price. Write on e-mail mannegreim0@gmail.com or in PM