Greenlight > Games > Suricate Games Studio's Workshop
Greenlight is being retired. For more information on how to submit games to steam, refer to this blog post.
This item has been removed from the community because it violates Steam Community & Content Guidelines. It is only visible to you. If you believe your item has been removed by mistake, please contact Steam Support.
This item is incompatible with Greenlight. Please see the instructions page for reasons why this item might not work within Greenlight.
Current visibility: Hidden
This item will only be visible to you, admins, and anyone marked as a creator.
Current visibility: Friends-only
This item will only be visible in searches to you, your friends, and admins.
Pocket Cult
Description Discussions0 Announcements3 Comments38 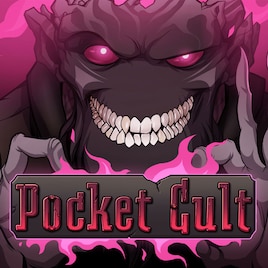 - No microtransactions.
- The Inquisition will have a real role to play - it will be convincing various countries to oppose the player. So, in other words, the game will be about the epic battle between the player and the Inquisition.
- Where are all the old gods? They will have their own opinions regarding the player’s actions and handing out buffs and debuffs as a result.
- The map will be bigger.
- There will be more maps.
- You will see even more abilities and some of them will grant you special skills to oppose the Inquisition.
- The awesomeness that is Howitzer Helldel will remain unchanged.
- And the secret prize box will have even more surprises inside.
- And your decisions will have a real impact on the world.

The game will be pc-exclusive for a long time. Maybe, in future, it will be ported on mobile devices, but not very soon.

Support the project and we promise not to let you down.

The first map is already available at Kongregate! You can play the game for free and leave your comments there. We hope you will like it!

Read More
Description
Evil gods need you. They exist for as long as people keep believing in them. Messiah, your task is to create a Cult and transform the inhabitants of fantastic kingdoms into dark fanatics.

Along the way, you will be able to make a fortune off perpetually drunk hobbits, torment the dwarven settlements with the help of killer-rabbits, and protect your palace from the guerrilla attacks by faithful elven warriors. And don't forget about world-wide parties! Nothing bolsters faith like a good weeks-long party. Why? Because it's in the name of our dark Cult, of course!!!

Not everyone would accept your dark and evil religion. Beware the Inquisition, it is terrible and sudden!

--
This game has been created over just a few months as part of GamesJam. We are submitting our game to Greenlight in order to gather the Steam community support and, with your help, create new world maps, interesting game mechanics and cults.


The Steam version will be with no in-game purchases whatsoever.
< >
38 Comments

Lots of greenlight devs have demos and free version and all the gimmicks and bells and whistles...

You admit to being to broke to finish the game and even admit it's "not good."