Greenlight > Games > NativeTheGame's Workshop
Greenlight is being retired. For more information on how to submit games to steam, refer to this blog post.
This item has been removed from the community because it violates Steam Community & Content Guidelines. It is only visible to you. If you believe your item has been removed by mistake, please contact Steam Support.
This item is incompatible with Greenlight. Please see the instructions page for reasons why this item might not work within Greenlight.
Current visibility: Hidden
This item will only be visible to you, admins, and anyone marked as a creator.
Current visibility: Friends-only
This item will only be visible in searches to you, your friends, and admins.
Native
Description Discussions0 Announcements2 Comments41 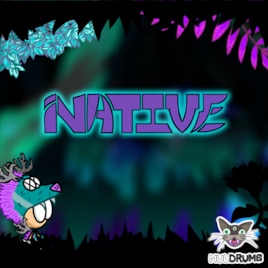 The Greenlight is successful guys, thanks for voting! Expect an EA release in early 2017 whooo!

The Greenlight is up and the first Trailer! Keep an eye out for the Kickstarter, it is launching as soon as we receive approval.

Read More
Description
Release date: Early 2017
Native, is a cartoon 2D survival side-scroller set in an alien rainforest. Unique features include a choose-your-own-loot system (no RNG!), minimalist UI, engaging combat (no hack-n-slash!), a simplified crafting system and an environment full of neon bioluminescent goodness. Many key gameplay mechanics are integrated with the environment or come in the form of audio queues. This forces players to be observant if they want to become a true native of the jungle!

// Native //
___________________
- Explore an open Alien Rainforest
- Gather exotic fruits and animal pieces
- 28 items and 14 recipes already in the demo, amount of content will at least double for early access release
- Minimal UI, simple inventory
- A Choose-Your-Own-Loot system instead of RNG
- Craft bizarre foods and armor sets
- Track down animals by looking for a trail of broken branches and footprints (or hoofprints)
- Combat is dynamic and punishing
- Can play with respawn or true hardcore mode for maximum difficulty

PC / Mac release as early access in January / February of 2017

NativeTheGame  [author] Jul 12, 2016 @ 9:26am
@Maraudershields Thanks! Your vote and contribution are much appreciated.

maraudershields Jul 12, 2016 @ 4:32am
It's really pretty! Although it's not my kind of game, I hope it will be successful. I'm definitely going to back it with a few bucks too. Good luck!